Of roads and cheeks

Lalu Prasad Yadav is known for his rustic humour. Recently he became more famous for turning the Indian Railways around. So much so that he was invited to one of the IIMs to do a guest lecture!

Many years back, however, when Lalu became the Chief Minister of Bihar for the first time, one of things he promised was that he would make the roads of Patna as smooth as Hema Malini's cheeks! 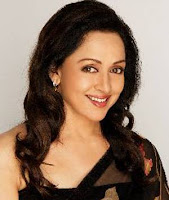 The roads of Patna never even came close to the cheeks above.

Down south, roads have been a constant problem in many of the state capitals. Hyderabad, however, boasted of really good roads during the reign of Chandrababu Naidu. A friend traveling by bus from Hyderabad to Bangalore once commented that he could tell when the bus had crossed over at the border from Andhra Pradesh to Karnataka. The bus ride would suddenly become extremely bumpy!

After the change in the government and especially in the last few months, the roads of Hyderabad have deteriorated terribly. The rains have totally spoilt most of the roads in the city. In fact, they now remind me of a set of cheeks too - that of actor Om Puri! Sample this: (with apologies to the great actor!) 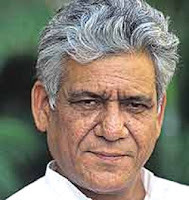 good one kamal. another cheek I can think of is pankaj kapoor !