I finally got to feel it!

on April 16, 2010
The iPad, I mean! For weeks now, I have been dreaming about this. Ever since Steve Jobs announced the magical new device. This afternoon, around 1:30, I got to actually touch and feel it. And what can I say except that the experience was - well, magical! 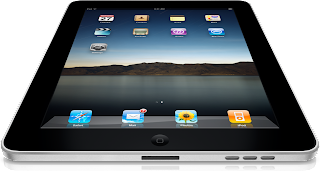 No, it wasn't mine. Unfortunately. My boss, a self-confessed fanboy got one from the US through a friend. He called me to show it. These fanboys are so sweet! Give them anything with the Apple logo on it and they will rave about it. Talk to them about something from Apple not having this or that and they will go, "Why would anybody need that?"
Coming back to the iPad, it was very light. Now, we all know it weighs less than 700 grams, 698 to be precise. But you have to hold it to feel how light it is. The device itself is absolutely stunning. The display is ethereal, the animations extremely appealing.
The apps that come by default are the standard ones. iTunes, You Tube, Address Book, Mail, Safari and iPhoto.
Ah, iPhoto! This app has got to be the best on the iPad among the default set. The gestures that allow you to open an album and then close it are a treat. You simply pinch out on an album and the pictures open up. Pinch back in, the pictures go back in the album.
People rant about what is not there in the iPad (camera, Flash, a refrigerator, whatever). I like to focus on what is there. Killer looks, great apps, the ultimate user experience. My brother Karan will turn 23 on May 5th this year. Perfect occasion to get myself an iPad!
ipad