on July 29, 2012
The ship started around 4:30 in the evening on Sunday, the 15th of July. We sailed towards Alaska from Vancouver. The cruise ship was very luxurious. Here is a pic of the ship from outside: 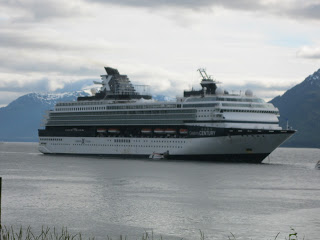 And here are some pics from the inside: 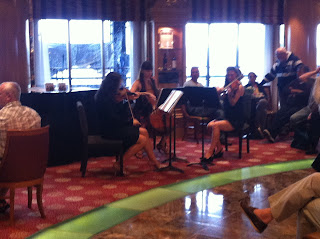 A bar where there is live music being played 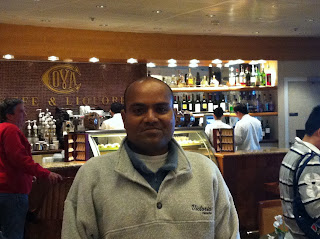 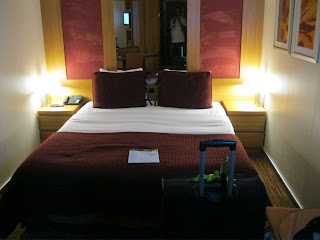 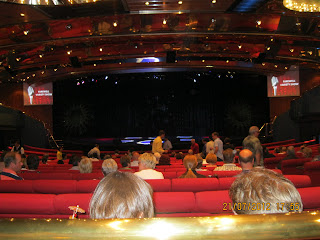 A theatre where they had Broadway-style shows every evening

We sailed for the whole of Sunday evening, Monday, Wednesday and Saturday. The rest of the days were either completely at land or part at land and rest at sea. When we were at sea, we enjoyed the amenities the ship offered like the swimming pool, the jacuzzi, the many restaurants they had and the events they had at the theatre. We also spent a lot of time with each other as well. It was fifteen years after all of us met together!

We would chat late into the night over a few drinks (I did not drink, of course!) and have a lot of fun. We also had a couple of sessions of singing and antakshari!

Just sitting on one of the many decks on the ship and staring into the vastness of the ocean was a delight in itself. 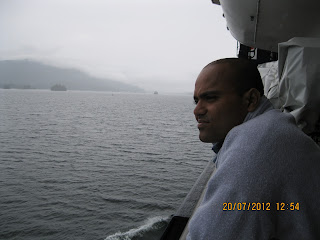 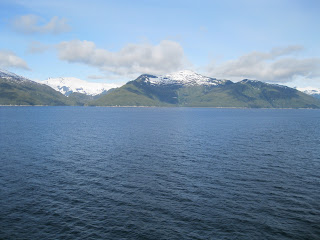 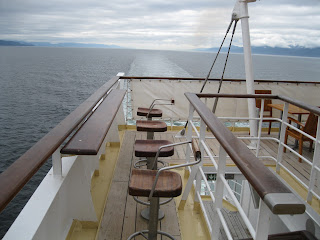 The food was very elaborate. You had multiple options. You could either go to a buffet that had a whole lot of options or you could go to a restaurant where they had gourmet meals that were served. All meals were on the house. We did both a few times. 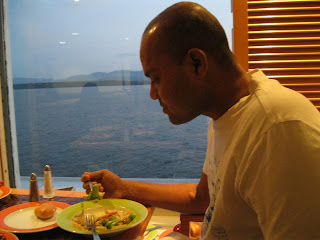 The shows that were there were really good with some very good comics, magicians and other performers performing every night at two slots so that you could catch the show even if you have missed the first slot for some reason.

The staff on the ship were extremely courteous and would do everything to accommodate your every little request.

On the day before we were scheduled to get back to Vancouver, the view from the decks was especially amazing. 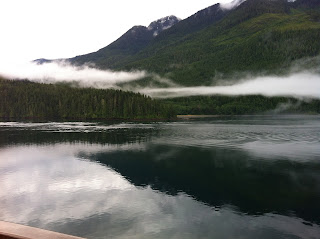