Why should hospitals charge more for IP services?

When I was admitted into hospital for the first time after my kidney disease was diagnosed, one of the things that surprised me was that the charges for all services, procedures and tests were about 20% higher while I was admitted compared to when I was an outpatient!

This struck me as weird and unfair. If anything, since you are actually admitted in the same hospital, the charges should be less is what I thought. This aspect of hospital billing is something I have never understood. If a blood test costs Rs. 100 when you're doing it as an outpatient, if you're admitted, it can actually cost you anywhere between Rs. 120 to even Rs. 200. If this isn't unfair, what is?

The difference between IP (inpatient) billing and OP (outpatient) billing becomes more stark when you look at services that cost more. Take dialysis for example. I was talking to a fellow patient who was recently admitted at one of the corporate hospitals in the city. He was charged a shocking Rs. 4,500 for a single session of dialysis whereas regular dialysis is charged about Rs. 2,000 at the same hospital for OP patients! The patient also complained that they would intentionally remove only about a liter of fluid despite the weight gain being in the range of 3 to 3.5 kgs! The patient suspects that this was only so that they would need dialysis again the next day!

No wonder then that most people hate to be admitted into hospitals these days. They realize that every admission, even if only for a day or two, would set them back by a couple of lakhs at least! 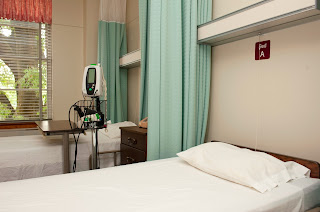 Why on earth should hospitals charge more for IP patients for exactly the same services? One argument in favor of this could be that there is additional effort involved in transferring the patient from the ward or room to the place where the service is offered. Or in the case of a blood test, the extra effort involved in the blood sample being drawn at the room and being sent to the lab. Seriously, is this extra effort worth so much more? Rs. 4,500 against Rs. 2,000?

The trouble is people who initially moved away from cost based pricing to value based pricing are now moving to options based pricing! When you are admitted to a hospital, you have no other option but to avail of the service offered by the hospital. You can't go elsewhere for your dialysis session! So, hospitals take complete advantage of this situation and fleece the patients. What they don't realize is what they're doing is so completely unethical that it actually borders on the criminal.

Healthcare is not just any other business. Balance sheets and P & L statements are not the only measure of success. Investors are not your only stakeholders. If all you wanted was profits, you could have got into other businesses. But then, I guess you wouldn't have felt so good about yourself! This industry offers a nice route for people to take a moral high ground and cloak their greed with a veneer of working for the greater good of society!
at July 10, 2013

Why do dogs lick their balls?