I wish I could wear a stethoscope

When I was a kid, I was very clear that I wanted to be an engineer. I did not want to have anything to do with medicine. I hated Biology and the thought of dissecting rats was not appealing. I did go on to become a Chemical Engineer in 1997.

Looking back, if there is one regret I have in life, it is not doing medicine. These days, I fantasize that I am a doctor, walking into a surgery wearing scrubs, a stethoscope around my neck, feeling the pulse of a patient and then going about the complicated procedure finally relieving the patient of his problems! 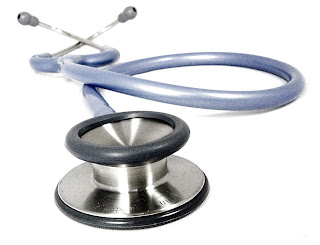 It must be so magical! Seriously! A doctor's work, to me, is unquestionably the most satisfying job that exists on the planet. When I met my classmate Anuj Kapadia, now a cardiologist, after many years, as a patient, I listened with amazement as he recounted his journey and how he spends time at the hospital from 6 in the morning till 10 or 11 in the night and then is sometimes called back for emergencies. Well, it seemed like a tough life. But his one statement after this summed it all up. "It feels nice!" Not many people can say that about their jobs!

The beauty of taking away problems related to health of a fellow human being can have no parallel. This can give you a kick like no drug can.

Even others in medicine, not only doctors, get a chance to experience some part of this satisfaction. Nurses and clinical technicians, for example. They get to do some of the stuff doctors would do and this can be great as well. Since not everyone gets to be a doctor, this could be a great alternative as well.

At NephroPlus, I do get a chance to watch all this from the periphery. But that is no substitute for the real thing. I think I am very clear in my mind. If I had to live my life again and were allowed one change among the decisions I have made, it would be my choice of career for sure. I would pick medicine without a doubt.
at September 01, 2013

Kamal...
I keep telling my friends ...almost everyday that if at all there is another chance for me ...I will positively become a doctor and that too ...a Nephrologist!!!!

Kamal....I keep saying this ..ie I will positively become a doctor ..if given a chance by Almighty again... That too A NEPHROLOGIST!!!