Steps to setup POP access to Gmail from Mavericks Mail - Part 1 - Why POP? 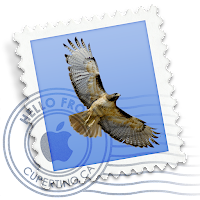 IMAP has been the preferred way to setup email for a while now. When I started working back in 1997, we only used POP. Over the years, people gradually moved to IMAP and now, when you setup email on Apple Mail, there is no question asked. It is assumed you are doing IMAP!

I am sorry to spoil the party but IMAP sucks in certain circumstances. First off, for people using Gmail as their mail provider (don't most of us do?), even with a fancy custom domain name using Google Apps, the amount of space you have is a paltry 15 GB. Sooner or later, you're going to run out of space. And then your realise that you have to pay a bomb to upgrade.

The other problem is that in a bandwidth challenged country like ours, the whole concept of always staying in sync can get pretty annoying. When I used to look at my Activity window on Apple Mail, it would be constantly syncing!

Problems reached gigantic proportions when I upgraded my old laptop to Mavericks, Apple's shiny new OS. It didn't play well with Gmail. There were all kinds of issues. The issue was with Google's non-default implementation of IMAP and labels and what-have-you! I was stuck with mail that would mysteriously re-appear in my Inbox even after I had moved it to another folder, wrong unread counts and perennial syncing.

Then I bought the new MacBook Air and at this point, I decided that Apple Mail was the problem. So, I downloaded the new mail client that everyone and his uncle was talking about in Mac circles - Airmail. Heck, it was #1 in the paid apps in the Mac App Store! For $1.99, it was touted as a steal. About Rs. 120 poorer, I tried the new app that promised to be the solution to all my email problems. Setting up the email accounts was a breeze. I started using the app. Moved messages around. Seemed like nirvana!

Only, it wasn't. The messages re-appeared in my Inbox! What crap!

It was then that I thought I had had enough of IMAP. I don't want to sync forever. I want complete control of my messages. When I move them to a folder, it should happen RIGHT THERE, RIGHT THEN! Is that too much to ask???

POP seemed to be the solution. People talked about being able to access your email from multiple devices. I could still do that. The way I use email, if I am not in front of my computer, I just want to read the damned email. I don't want to move it anywhere. I don't want to do anything else with it. So, if I set up POP on my computer and IMAP in my phone and tablet, I should be good!

Email ThisBlogThis!Share to TwitterShare to FacebookShare to Pinterest
Labels: mac

Paltry 15GB? There was a time when gmail was the leader in storage space!