Why no dialysis unit in every district, asks the Supreme Court 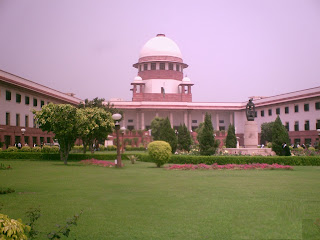 Acting on a Public Interest Litigation, the Supreme Court of India issued notices to the Union and State Governments asking why there should not be dialysis units in every district of the country to ensure easy access to dialysis for all. In some alarming statistics quoted by the petitioner, Sanjeeb Panigrahi, two people die every minute in the country due to lack of access to dialysis facilities!

I read this on the web on the Times of India site. Scrolling down, you can see some rather interesting comments. People say when there is no proper drinking water access or access to proper sanitation for people in many villages in India, dialysis units cannot be a priority. There is merit in that argument.

People who have been affected by kidney failure and the lack of affordable, quality dialysis facilities hold this cause close to their heart. However, when you look at the entire population and the problems the vast majority is facing, dialysis would rank very low on the priority list. How many people would actually need dialysis compared to the number of people who do not have even the basics like drinking water and sanitation?

The Government must really get its act together and find ways to get out of this mess. While it must focus on basic stuff, things like healthcare can be done by engaging with the private sector. Public Private Partnerships have worked very well and this could be the way forward. The Government does not have the means to provide quality dialysis at every district. It should engage with private players and let them provide the service at reasonable costs which the Government can pay for for people who cannot afford the service.

These kinds of models have been formulated and have succeeded to a large extent in many states in our own country. It is just a matter of replicating the success in other parts of the country. All it takes is some out-of-the-box thinking and some willingness to make the change.

We need someone at the national level to take such bold steps and do something about it. Maybe someone like Nandan Nilekani?
at November 27, 2013