Minority tag for Jains? Thanks, but no thanks!

The Government of India recently included Jains in the country among minorities. This has been debated for a long time now. All it took was one meeting between Union Minister Pradeep Jain and Rahul Gandhi to make this happen. Some indication of how things are decided in the UPA! 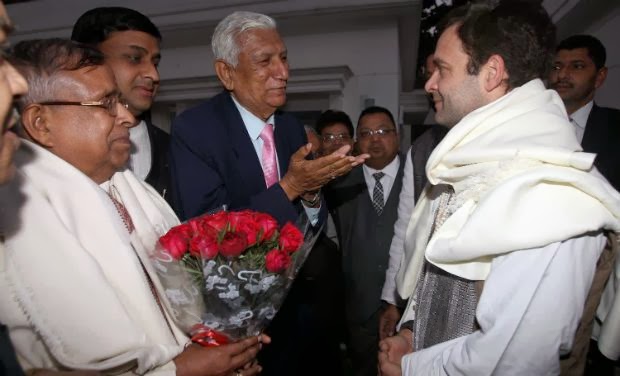 Jains are one of the most affluent communities in the country. To tag them as a people requiring government support in any form is ridiculous. This move would make Jains eligible for scholarships and other benefits. Jains do not need any of these benefits.

For years now, most Jains have been self-sufficient and have been able to look after not only themselves but others too. Jains are known to run many charities and many leading Jains are very active donors in good causes.

This kind of dole is totally uncalled for and unnecessary.

There has been an argument made in favour of this decision saying that the interference from the government in running of Jain religious institutions and temples was getting to be a huge problem and this move will help curb that dangerous trend.

To resolve this problem, you don't need to accord minority status to the community. Address the main problem. Come up with guidelines to restrict this from happening.

“A national minority status allows us to enjoy fundamental rights under Article 25 and Articles 26 to propagate our religion and also freedom to manage our religious affairs. Without this, our identity was eroding,” said Sanjeev Jain, an advocate of the cause.

What identity was eroding? Can Sanjeev Jain please elaborate? By using such sweeping, unsubstantiated statements it is easy to mislead people.

It is clear that in an election year, the Congress is taking such desperate measures to try and get some communities on to their side. I hope Jains will not be fooled by this.
at January 25, 2014 14 comments:

Rich Berkowitz is no more. I was shocked to see obituaries from the many whose lives he has touched on my Facebook wall yesterday morning.

I got to know Rich more closely when he, along with Bill Peckham and others organised the Freedom Cruise. This was a path breaker in more ways than one. For the first time, a group of dialysis patients were going to together on a cruise with portable dialysis machines! Rich and Bill tried real hard to get me on the cruise but unfortunately, things didn't work out.

I finally got to meet Rich in person during my trip to the US in July 2013 when I went to Chicago for the Global HHD meeting. Rich, very generously, picked me up from the airport where I landed from India and drove me straight to Giordano's a Pizza place, treated me to some great pizza and then dropped me off at the hotel. Yes, I actually had this privilege!

During the drive to Giordano's, I was checking with Rich on how he was doing and he remarked, rather strangely that he was getting tired of the dialysis. I was very surprised to hear him say that. He was a fountainhead of inspiration to countless dialyzors. Was this a foreboding of things to come?

Rich was a fantastic person. With his dry sense of humour and extremely affable personality, he endeared himself to all. He was always there when someone needed some advice on home hemodialysis and very passionately believed that home hemo was an excellent modality and the best option for people on dialysis.

I cannot believe that Rich whom I met barely six months back is now gone. I will always remain thankful to him for being there for me and indeed, the many other patients he has helped and guided in times of need. We will miss you Rich!

Email ThisBlogThis!Share to TwitterShare to FacebookShare to Pinterest
Labels: obituary

I pay all my medical expenses out of pocket. Unfortunately I never took any medical insurance before I fell sick. Back in the 90s, very few people thought it worthwhile. However, these days, awareness is increasing and quite a few people have started taking insurance policies.

Very often, we think that we don't really need medical insurance. What are the chances that I am going to get anything major? Why waste so much money year after year on something that gives no return?

Nothing could be farther from the truth. Ask any person diagnosed with a serious illness and he or she will tell you that there were no warning signs. They had no clue they were going to get this horrible disease.

So, why not be prepared for the worst? 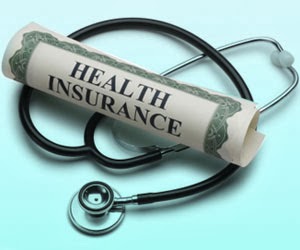 Think about the consequences of not having such coverage and getting diagnosed with a debilitating illness. I can speak for kidney disease. The entire life's savings of many patients and their families I have seen around me have been wiped out within a few years of being diagnosed. The situation could be similar in many other illnesses.

What is a small amount of money each year to protect us from such a disastrous situation?

When you are getting yourself a policy, make sure you take something that covers all the major stuff. Now, I have no clue about the specifics. But a little bit of searching on the internet should give you the answers you seek.

Group insurance policies that are taken by companies for its employees offer a number of benefits. Apart from having lower premiums, they typically cover pre-existing conditions as well! This can be really helpful if you already have a problem and have no insurance. Regular medical insurance will not cover these conditions that already exist until a waiting period of a few years.

Remember, a small amount of effort will help you tide over what could be some of the worst times in your life. Worse, your family could also be badly affected. Act now.

I was interviewing a nurse for one of our centres in the south. His name indicated that he was from Kerala. He was working in Delhi at that time. I started talking in English. He responded but kept switching to Hindi. I was a little surprised. He was from Kerala. How was he so much at ease with Hindi?

Adaptability is possibly one of the best traits that nurses from Kerala have. They learn the local language, adapt to the local culture and assimilate into any place with ease. This endears them to patients around the country. Also, nursing is somehow in their blood. They do such a damned good job with it that it often unsettles the local nurses themselves!

Many patients have told me that the care provided by a nurse from Kerala is unmatched.

That is why hospitals from as far north as Delhi have taken to Kerala nurses in a big way. Generally South Indians are considered to be more conservative than others. However in the case of nurses from Kerala, this does not hold try at all. They are found all over the country and have adapted with such ease that it is difficult to imagine a hospital without some nurses from Kerala. 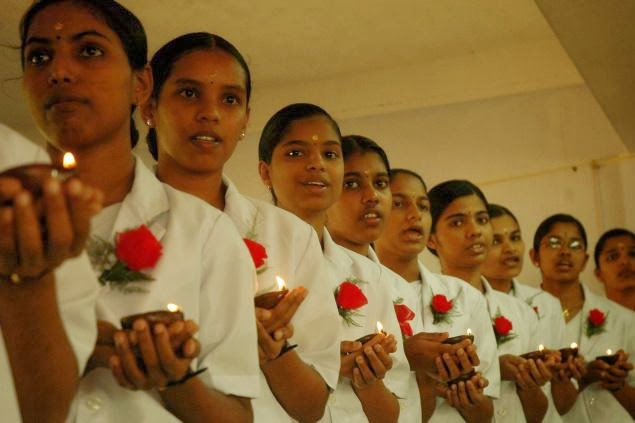 In the US, you have a similar situation - albeit with many nurses coming from the Philippines and close by.

What is it that makes Kerala nurses so good? Is it their adaptability? Is is their ability to grasp nursing concepts well? Or is it their inherent nature of being genuinely caring that makes them liked by patients so much? Is nursing in their genes?

I have no definitive answers!

This morning, as I skimmed through my Facebook wall, I read a post by a friend from school who is now a lawyer. He says that American lawyers would work late nights and weekends to complete some work for a client whereas their German counterparts would treat their personal lives and their time off completely sacrosanct and not work extra hours just to finish off something.

I moved out of software a few years back. Thankfully. Many of my friends are still in software. What my friend pointed out about American law firms holds just as good for Indian software companies. The way a software company is typically constructed is that there is usually a small team in the US who interfaces with the client while large portions of the work actually happen offshore in places like India. The client interfacing team typically makes commitments that are completely unrealistic and would, by design, require the team back home to work extra hours and during weekends. 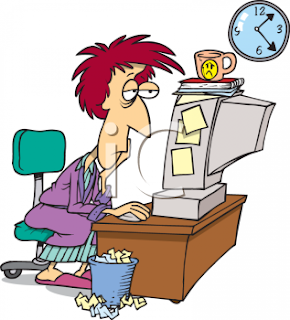 The unfortunate part of this is that most of the time, the client would not mind something being ready later. Deadlines are artificially created and propagated down the command chain. In this process, everyone suffers. The programmer at the very lowest rung of the ladder works late most days, works through most weekends and his personal life is sacrificed at the altar of a great career and a lot of money. The project managers in India become very unpopular because they need to make sure these artificial deadlines are adhered to just because some guy in a suit in the US made a commitment in a flash of over-enthusiasm.

At the end of the day, the project also suffers because the people working on it are not happy, they've not had their time off, the team hasn't got enough time to think through the design and make sure they have the best solution possible. The whole cycle is highly unproductive and not conducive to innovation and out-of-the-box solutions.

It works out well for the company that is developing the software though because they get to make tons of money and have a good chance of bagging the 'maintenance contract' for the badly created software!

Despite this, the software industry sees droves of people joining it year after year and very few people are actually able to bite the bullet and change tracks midway even though they realise that they are not enjoying this at all!

If Indian onsite project managers would realise that this is helping no one's cause and the futility of artificial deadlines, we could actually do much better work, have much better lives and gain a lot more respect in the world's software marketplace.
at January 03, 2014 2 comments: