This trip was the longest I have done in India after I got diagnosed with kidney disease. I had to go to Delhi for a meeting and decided to visit Agra (for some work) and Dehradun (since I had never been to the NephroPlus centres there). At the end of the limited planning I did, it turned out to be a 9 day trip! And also one of the best ever!

I had heard about the Paranthewali Galli from my parents when I was a kid. They said it was a lane in old Delhi which had a bunch of shops selling piping hot paranthas. They however said that it used to be very good long back but they hadn't been there in a long while and were not sure any more of how good it was now.

On a flight stop at Delhi en route to Lucknow a couple of months back, the air hostess of the Indigo flight we were on advised people getting off at Delhi to try the paranthas at Paranthewali Galli which, she said, were served with yoghurt and pickles. My mouth started to water. I could not do anything about it though since we were on our way to Lucknow!

So, this time, I made it a point to visit the place. I was all by myself. Once I was done with my work on my last day in Delhi, I took an auto to the famous galli. The auto driver stopped in the middle of a crowded street in old Delhi and pointed to a lane and said that was it. I got off, paid him and walked into the lane.

All I could see was jewellery shops and a couple of shops that sold chaat and jalebis. No paranthas. I kept walking forever. I realised that I was on the wrong way. I asked someone about the galli and he pointed me in the right direction! After about fifteen minutes more of walking, I finally saw 3-4 run down shops with the names that had "Paranthewala" suffixed. I walked in to one that seemed crowded and sat down. I ordered a Paneer Parantha, a Dal Parantha and a Lassi. I was served in a few minutes.

I took a bite of the Paneer Parantha. It was out of the world! Crisp outside, soft within, the flavours taking over your entire being in seconds! The Dal Parantha was no less delicious. The Lassi was also fantastic! The Indigo air hostess, however, was probably reciting from a script written by a completely uninitiated person. The paranthas are not served with yoghurt or pickles! They are served with a tangy banana chutney and some other curries. Another thing I figured was that the paranthas were actually fried! This made them even tastier! 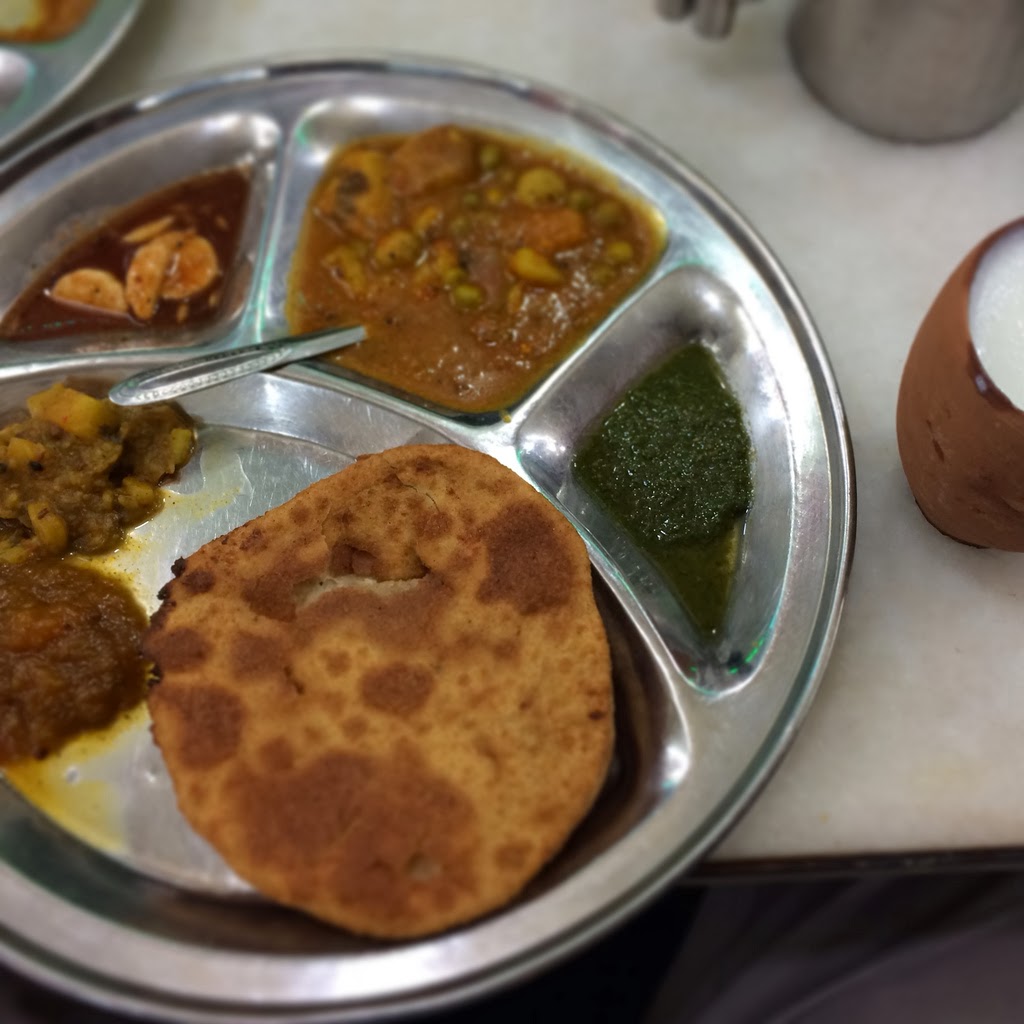 After I was done, I paid up and then walked out of the galli only to be greeted by a halwai selling hot jalebis. I couldn't resist the temptation. I ordered a plate of jalebis. They were unlike anything I had ever eaten before. Crisp, sweet and very, very tasty. I had undone many hours of swimming in one evening. But, what the heck? It was more than worth it! After all, what is life without a little good food? 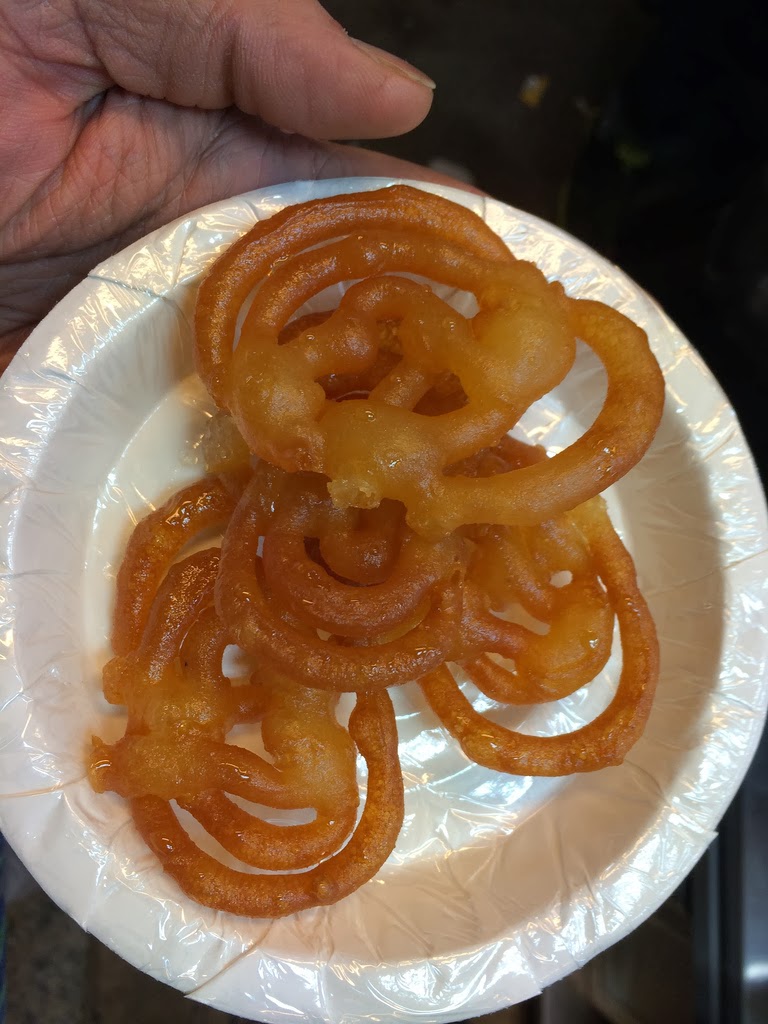 Hi kamal...u stopped with paneer+ dal paranthas...and lassi...but Balu would have tried 2 or even3 of their other paranthas... And both salt and sweet lassi...and two more sweets!!!!