When I saw the speaker list on the Hemodialysis University 2014 (HDU) website, I was really excited! Some of the top nephrologists in the world were going to come to Hyderabad, my home city. Some of them were John Daugirdas, Andrew Davenport, Suhail Ahmad and believe it or not - Victor Gura, the man behind the Wearable Artificial Kidney! I would definitely attend! At NephroPlus, we also decided to have a booth at the event.

One of the striking differences between this and some other conferences I have attended was that most of the sessions were completely packed. The main hall of the Marriott Convention Centre is a gigantic space and despite that, almost every chair was taken for most sessions. The other conferences that I have attended rarely see this happening. The sessions were all very useful and interesting to a majority of the audience.

John Daugirdas started the conference with his session on adequacy. Daugirdas is the author of the famous Daugirdas equation that is used world-wide to calculate spKt/V, the measure of the dialysis dose delivered over one dialysis session. Daugirdas made some rather startling remarks about frequency and quoted some studies and the rather controversial FHN trial that questioned the benefits of more frequent dialysis. Honestly, I don't agree with those conclusions. I have experienced the benefits of more frequent, long duration dialysis first hand and I don't need a randomised controlled trial to decide about this!

Thankfully, most of the following sessions extolled the virtues of more frequent and long duration dialysis.

One of the best things business school teaches you, they say, is how to network. More than the actual content you learn during those years is the ability to network with ease. I have not attended business school but I spend so much time with MBAs and consultants these days that their skills have started rubbing off on me! So, I found myself reaching out to a lot of people during the breaks between the sessions. I rather enjoyed it! From nephrologists to vendors to dialysis professionals, they were all  there at HDU!

I got a lot of my doubts regarding dialysis cleared at this conference. I have had these questions for a long time now and this was a fantastic opportunity to get them answered by the leading thinkers in this field who have spent years on these subjects and who better to answer these questions reliably than them?

Questions about the benefits of high flux dialysers, whether an antiseptic is helpful while removing needles, benefits of citrasate, clearance of middle molecules - all these were doubts I have had for long and got cleared in this conference!

For me, the highlight of the conference was that I got an opportunity to meet Victor Gura, the man behind the WAK. Until a few days back, I would have considered myself lucky if I was able to be in the same room as he was and breathe the same air that he did. Today, I have not only done that, but I have also met him, talked to him about the WAK one on one and got a picture with him! By that measure alone, HDU was a stupendous success for me! Here is the prized pic: 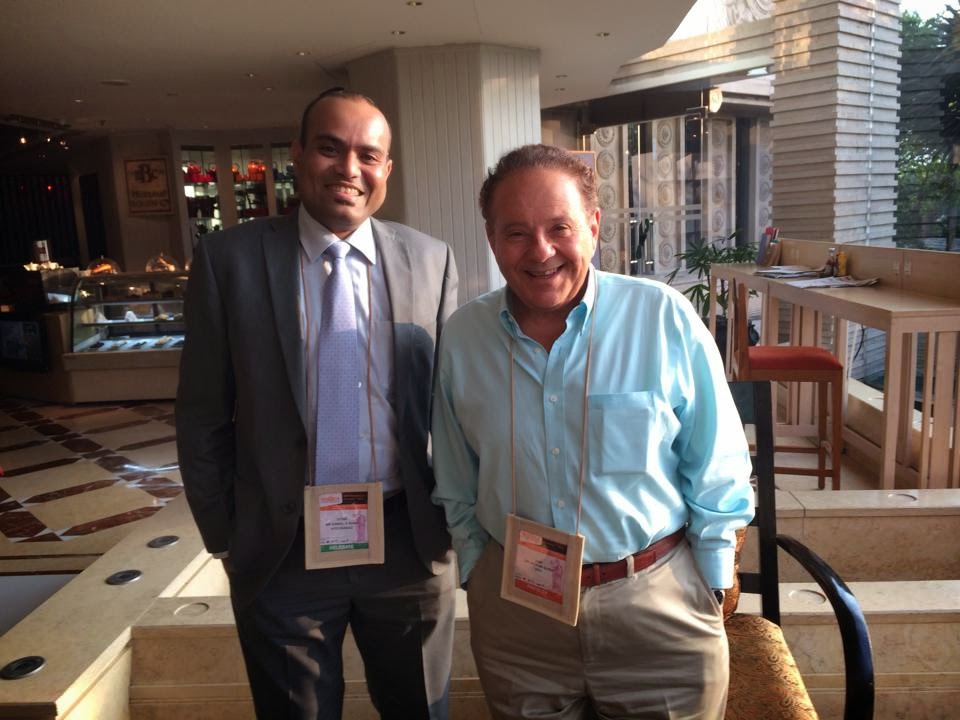