Finally getting the look of my pizza right!

I've been fascinated with the idea of a home-cooked pizza made from scratch including the dough for some time now. The dough has become easy to do after we got the bread-maker. My ultimate aim was to make a pizza that looks something like the one on this page. However, all I could manage was anaemic pizzas without the beautiful chars on the edge of the crust.

I tried a lot of things. I was of course, severely handicapped by the lack of a wood-fired oven which gives you the high temperatures needed to make a good charred pizza. I also did not have access to the Caputo 00 flour that is supposed to give you just the right texture and the taste of the dough.

I had to make do with my regular home oven and 'maida', the all-purpose flour equivalent in India. Both these were poor substitutes for the originals. I however tried different things, making small tweaks here and there. Though the pizzas tasted really good, the right look somehow escaped me.

My experimenting had been restricted by the presence of my mother and the cook. They would have their own notions on what the right technique to cook such stuff was. And this would not allow me to experiment to my heart's content. Yesterday, my parents had to go out for lunch. I took the opportunity that this offered. I asked my cook to just make the tomato base - plain tomatoes and salt and leave.

One change I made to the dough was to add a tablespoon of vital wheat gluten for every cup of 'maida' I used. The gluten is supposed to allow the dough to stretch without breaking.

In earlier instances, I would let the oven heat and then put in the oven dish that held the pizza later. What I did yesterday was to let the dish heat inside the oven as well. I saw a tip from a pizzaiolo that the stone on which the pizza is placed in the oven needs to be very hot as well. So, I tried this and the results were well, not bad at all! Here are some pics: 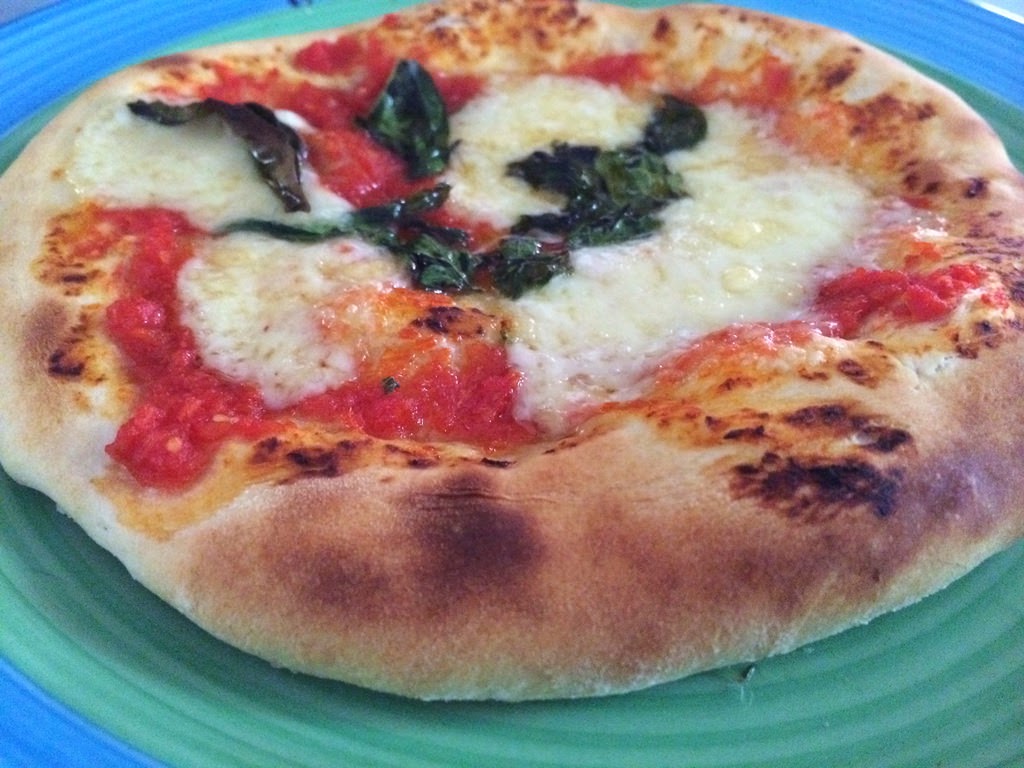 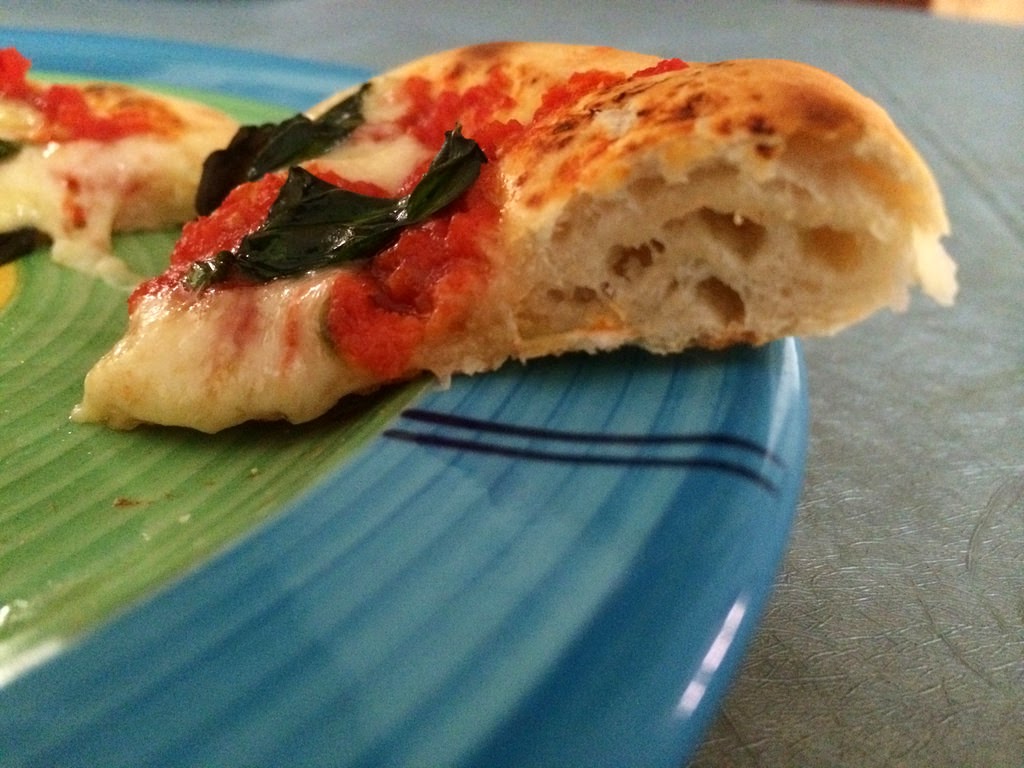 Notice the slightly charred crust in the first pic and the craters in the edge of the crust in the second pic. By no means perfect but at least I am on the right track!
at April 28, 2014

Very often when you bake in a oven , it is necessary that the elements(plates&cups) are also preheated .