Modi must stop his below-the-belt barbs 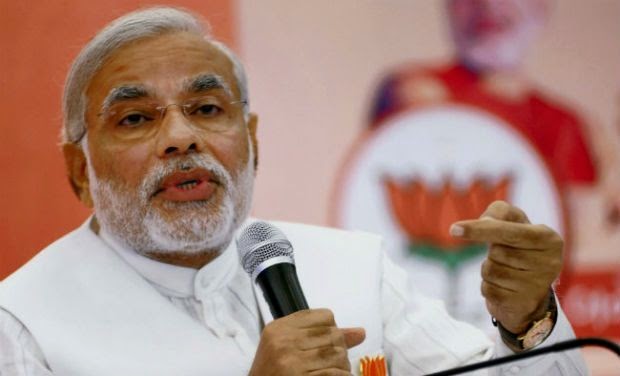 Barring a miracle, Narendra Modi is going to be the next Prime Minister of this country. I guess everyone knows this. It is just the margin of seats that his party will win by in the end that the discussion is about. The debate is about whether the NDA will be able to form a government on its own or with a few other small parties and independents or would need the support of some major parties.

Why, then does Narendra Modi continue to make attacks on his opposition in an undignified manner? Why can't he show some statesmanship and only talk about the real issues that plague this country? He does that most of the time and when he does that, it makes so much sense. But every now and then, he will make a speech that will appeal to the rabble.

What, honestly, was the need to make the RSVP remark? What was the necessity of referring to the Gandhis as Dus numbris? Why play with the word shehzaada? All this does not behove a person who is on his way to lead a nation.

The opposition as well has done no better. The Gandhis themselves have made some very personal remarks. About the others, the less said the better.

Everyone agrees that this election is one in which the level of debate has been reduced to the gutter. Allegations and counter-allegations, digging up personal unsavoury pasts, making wild statements that go against the very fabric of the country have all become commonplace and these days, many of us are not even shocked or ashamed by such statements.

So, some (especially Modi bhakts) would argue that Modi had no choice but to resort to such gimmicks in order to appeal to the masses. They do not accept the argument that Vajpayee, that colossus that strode Indian politics for decades and who has no equal today in his party or others, did not need to stoop so low. He conquered nevertheless.

They say Vajpayee could not win the second election because he did not pander to the baser instincts of the electorate. I do not think it is is that simple. People win or lose elections based on a multitude of issues.

In his march to 7, Race Course Road, Modi must be more dignified. Let him not use the alibi that the attacks against him are undignified so he has no other choice. He needs to rise above this petty fighting and focus on issues. The expectations from him are sky high. Any performance that is less than superlative will be highly disappointing for the legions of followers he has amassed in the past few months.
at April 27, 2014

I still feel only a miracle can make him a Prime Minister :p even though it will most certainly be an NDA government. Btw, that would be a fitting reply to all the people who made this election a "RaGa vs Modi" joke :)

But I do realize, I am in the minority, within my circles.