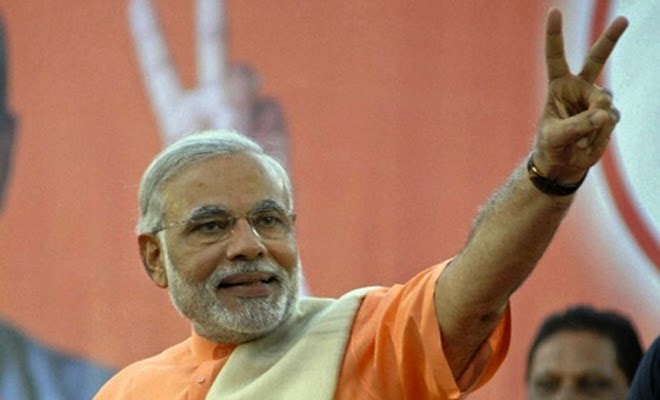 Very rarely in recent Indian politics has a single party got a majority in the Lok Sabha. The mandate that India has given to Narendra Modi and the BJP presents an opportunity so rare that the last time this happened was post Indira Gandhi's assassination. That was thirty years back! For the last 25 years, we have always had a fractured mandate where the large parties would have to depend on a number of small parties to be able to run the government. This meant that the ruling party could never act totally independently, do what it thought was right without fearing if it upset someone. One decision taken without consulting these allies and the government could fall!

The credit for this victory goes completely to Narendra Modi. The man was bigger than the party. His modest background, his track record in Gujarat and his earthy speeches connected with the people like no one else could. People like L K Advani and Sushma Swaraj would do well to recognise this fact and accept that this verdict is more for the man than the party.

It is now very important for Narendra Modi not to squander the opportunity he has been given by the people. India may not see such a decisive mandate again for a long time. There will be no alibis of 'coalition dharma', no excuses of not enough numbers. He will be judged solely based on his performance. India has seen a policy paralysis for many years now. Modi must show that he is truly the decisive leader that he says he is. There are a number of sensitive issues that have been left languishing for too long that must be addressed.

Now that he is going to be Prime Minister, Modi, I am confident will prove that he will be the Prime Minister of the entire country. This post is saddled with too much responsibility. He should make sure that the apprehensions the minorities have against him are addressed. No one can now recount the Gujarat riots. This mandate has clearly given the message that India has moved on.

This election campaign has seen the level of debate fall to dismal levels. There is a lot of bitterness among the political rivals. It is very important that Modi takes steps to ensure that everyone forgets the bitterness by making some reconciliatory gestures. For the last few years, we have seen Parliament being disrupted repeatedly causing some very important legislations to be either blocked or passed without debate. This is something that needs to be stopped immediately. Modi will need to be the first to blink.

The people have very high expectations from this man. He has the capability to measure up to them. Let us all hope that he will.
at May 17, 2014