Baxter recently announced a new Home Hemodialysis machine called Vivia. The machine is primarily intended for use at the patient's home for more frequent, longer duration dialysis. Unfortunately, as always, the machine is not going to be available in India until much later, if at all. The machine is currently available only in Europe. 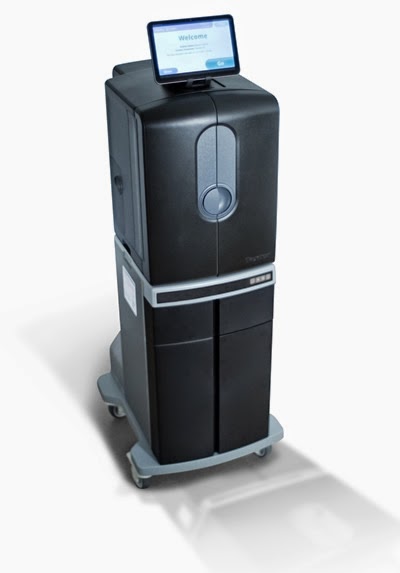 The machine has been designed keeping the patient in mind, the website says. It has an easy touch-screen based interface with animated videos to assist with operation. One significant point I noticed was that the dialyzer and blood lines are termed as 'extended use' which means they would be reused. We, in India are used to reuse but many in Europe might frown.

The scenario for Home HD is changing rapidly. More and more machines are being announced. Fresenius has a machine for Home HD that was announced recently. Then there is this from Baxter. The NxStage System One is being improved continuously. There is Victor Gura's WAK. There's also Medtronics that is developing a portable dialysis machine which can be used at home. There could be many more devices that are being developed but not yet announced.

All this is great news for us dialysis patients. It is now an indisputable fact that dialysing more frequently and for longer durations is beneficial to the body. It is not only associated with a better quality of life but also with a longer life. Many like me have experienced this benefit first hand and do not need any randomised controlled trials to tell us about these benefits!

More frequent, longer duration dialysis is practical only at home. Who wants to go and sit in a dialysis centre or a hospital every day for long hours? At home, the convenience is unmatched. You can dialyse at your convenience. That is why, it is important for such innovation to happen. It is important for more such devices to come out into the market. It is important for us patients to have the choice. Let the best machine win!
at June 25, 2014 No comments:

A possible prescription for a better healthcare system 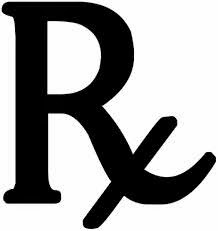 As the new government settles down, it is busy outlining the priority areas and has made some initial announcements on what it is planning to do. India's healthcare system needs an urgent overhaul. While most people do not have access to even basic healthcare, there are many things that ail the system even otherwise.

For starters, my biggest frustration with Indian healthcare is that many people cannot get treated because they cannot afford it. Imagine the frustration of someone suffering from something life-threatening and knowing that there is a way his life can be saved but not being able to access that treatment just because he does not have the means to do that! That is possibly the worst punishment of not being wealthy that anyone can ever get.

We have to go in for a healthcare system where any treatment that is available in the country is not denied due to the lack of the individual's capacity to pay for it. Healthcare is as basic as food and water. Nobody should die because of the lack of money to pay for this.

This can be done even in India and its huge population. States like Andhra Pradesh have shown the way. The Aarogyasri scheme for all its deficiencies has saved thousands of lives. This scheme can be replicated for the entire country in a phased manner. It would be one of the most ambitious project taken up by the government ever but the benefits will be immense.

Another major initiative that needs to be taken up is the way doctors are compensated. We need to move to a system where doctors get fixed salaries based on their experience and capability. We need to figure out a way by which the only yardstick used to evaluate their performance should be the outcomes of the patients they treat. Hospitals need to move away from a per-service or per-referral fee to a compensation structure which purely depends on how the patient has done. The compensation should be high enough for doctors to stop worrying about their income and focus on improving the quality of life for their patients.

Let us face it. The reality today is that doctors spend a lot of time and money to become doctors. It is natural that they would look at recovering the money spent and make the time spent on this worthwhile. The system needs to change so that the incentives of the doctors and their patients is aligned. This would need a huge change in the way corporate hospitals function and this is going to be the biggest roadblock in implementing this change.

I obviously have no readymade solutions. Neither do such solutions exist. It is up to the government, its advisors and the bureaucrats to make any change happen. Rome wasn't built in a day. Such a cleanup would be take even greater effort. More than the effort, however, is something far more important - the intent. Does the new government have such an intent is the million rupee question.
at June 10, 2014 No comments:

However, this time, I gave in and thought let me do it once and see how it turns out. So, before I knew it, I was with my parents in a cab from Delhi to Nainital. We had just had a sumptuous South Indian thali at the Saravana Bhavan at Connaught Place and made our way through the dusty roads of Delhi and then part of Noida and were speeding away towards Nainital eagerly awaiting the cool climes of the popular Uttaranchal hill station.

It took us a good seven and half hours to reach Nainital. On the way, we stopped at like a zillion toll plazas for toll payments. Some were rather shady. The cab driver would stop at the road side and then walk towards a dilapidated building and emerge after about 10-15 minutes and flash a receipt and ask us to pay the amount indicated. How would someone who was driving himself, I wondered aloud, even know that these tolls were to be paid? The huge structures right in the middle of the road through which your car absolutely needed to pass if it had to cross were all right. But these?

Morning tea by the lake

I think the best part of our trip was the time we spent early in the morning sipping tea (Darjeeling black for me, green for my mom and masala for my dad) in the balcony of our hotel room that had a great view of the lake with the Kumaon hills as the backdrop. The weather was just awesome. A slight chill, the breeze blowing gently making the leaves of the gigantic trees in front of us shiver gently and no noise absolutely was an experience we will cherish for a long time to come. 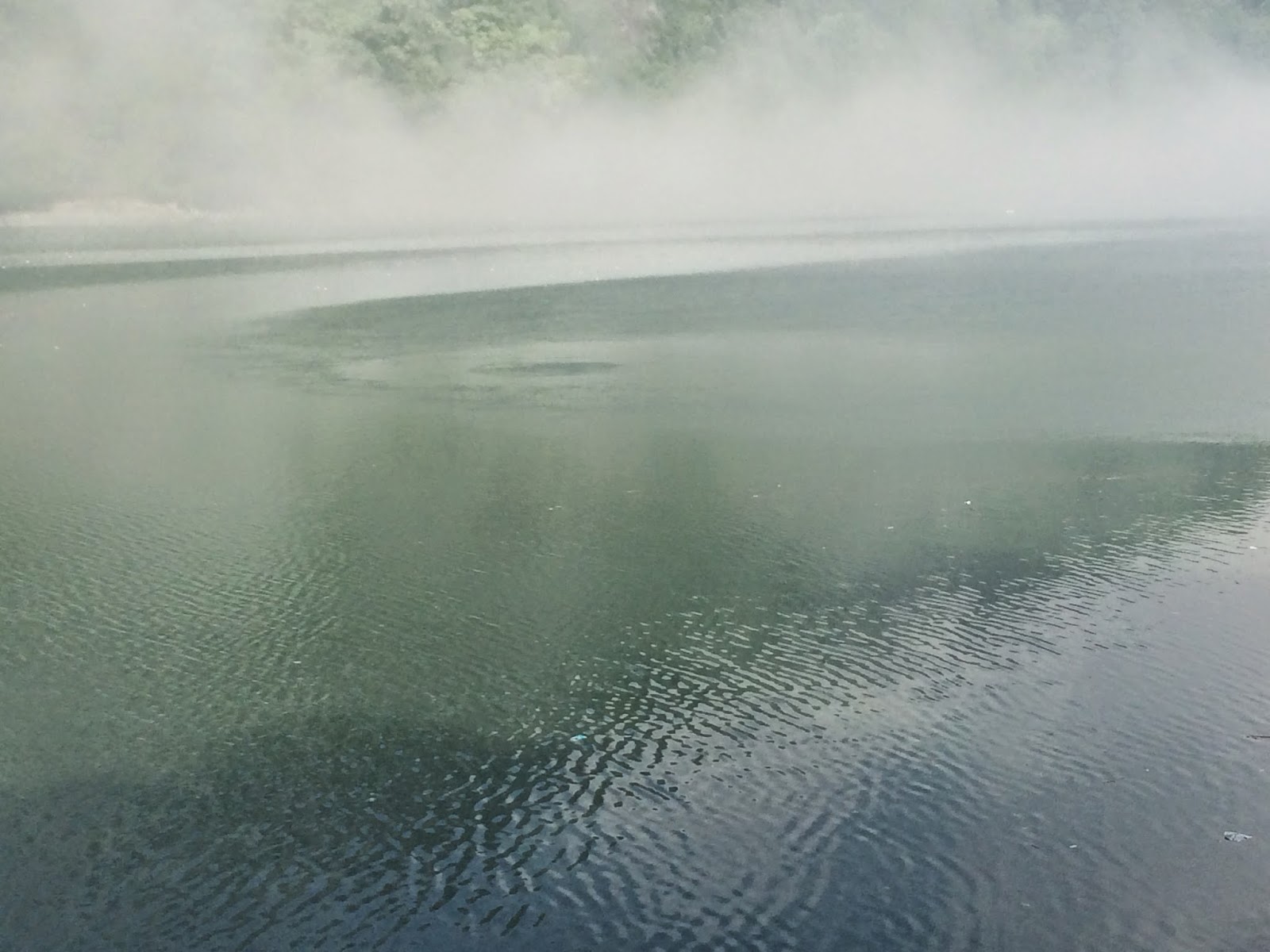 My take on hill station sight seeing is - you've seen one, you've seen them all! A sunrise point, a sunset point, a lover's point, this view and that hill. I have always believed that rather than aiming to see every single place that is listed on the guides, go to one or two unique places and then enjoy your time by doing simple things like a walk by the lake or just sitting and taking in the beauty. Never pack too much into such trips. 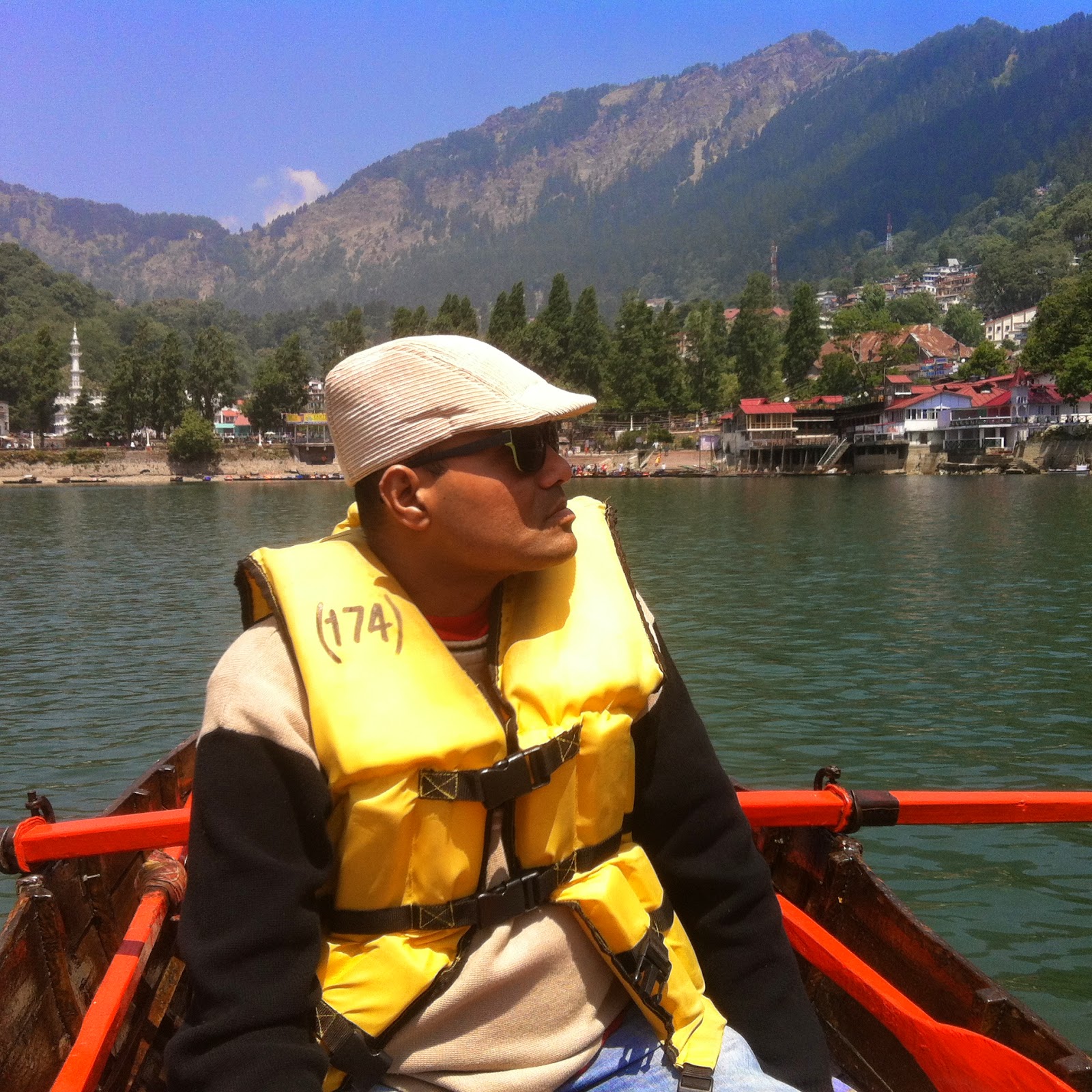 We spent about half a day visiting the other lakes in the nearby hills. Another half day was spent taking the cable car (rope way) to the top of a hill from the where you are supposed to be able to see something called "Snow Point". The snow, I guess is visible only in the winter! It was fun, nevertheless. 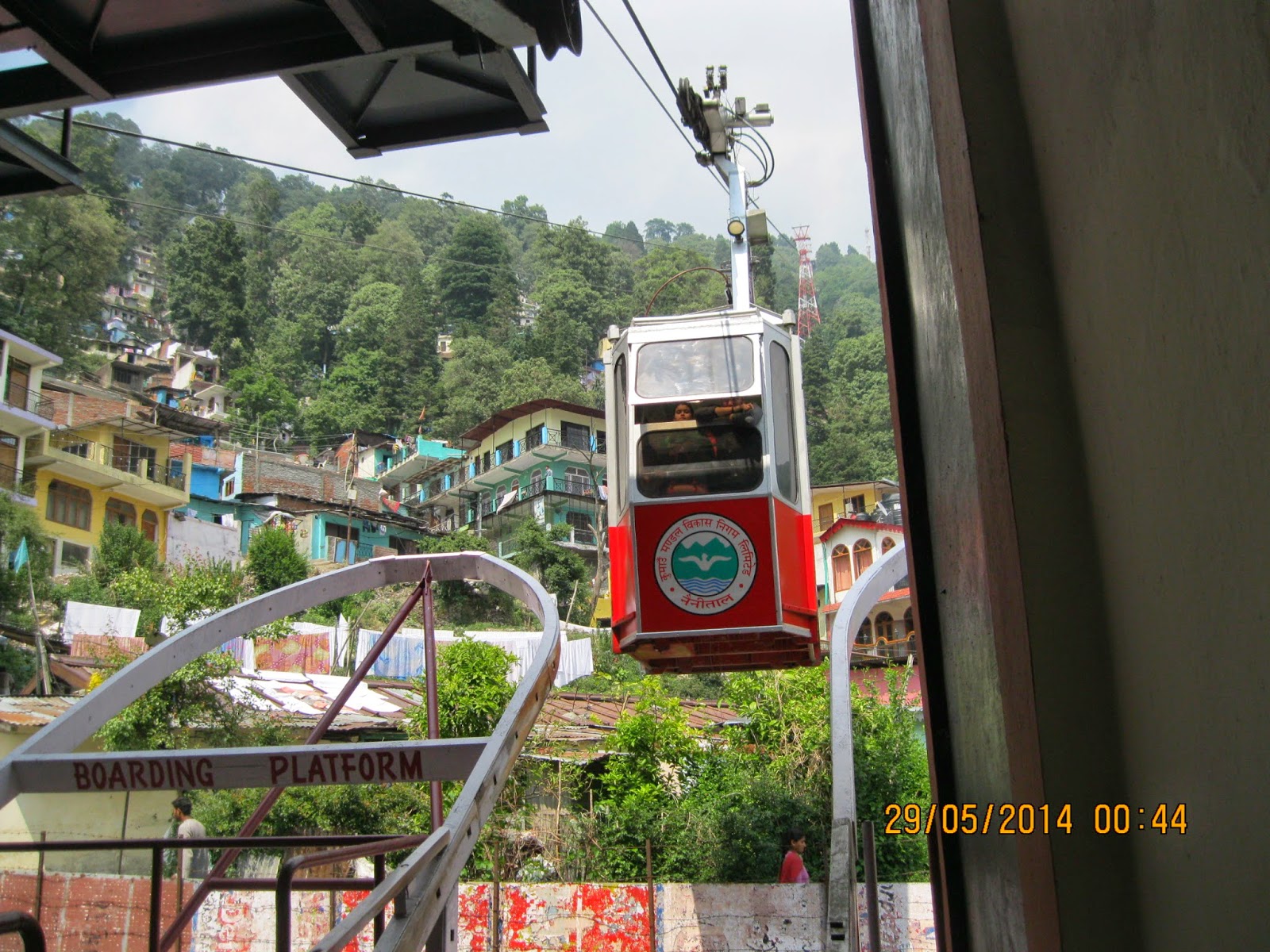 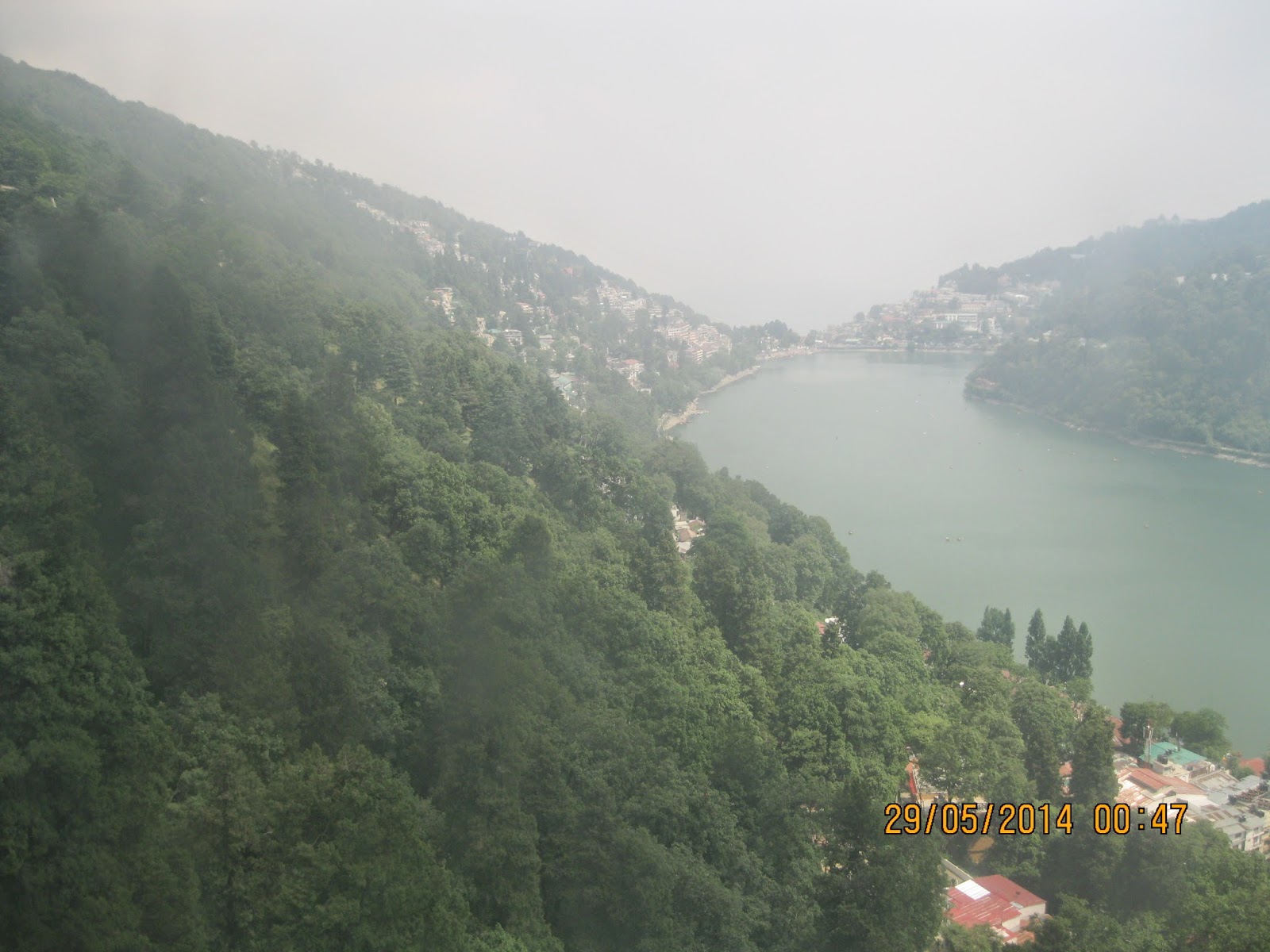 The cable car and the view from within

I got two sessions at the Central Hospital, Haldwani. It took me about an hour and a half to get there. The hospital was very well done. Looked like it was recently built. The dialysis unit has about 10 machines. It was well staffed. The weighing machine however was not working very well. I was actually asked to put my weight to the right and move my right foot to the front otherwise it showed about 10 kgs less! Barring that the experience was very pleasant. 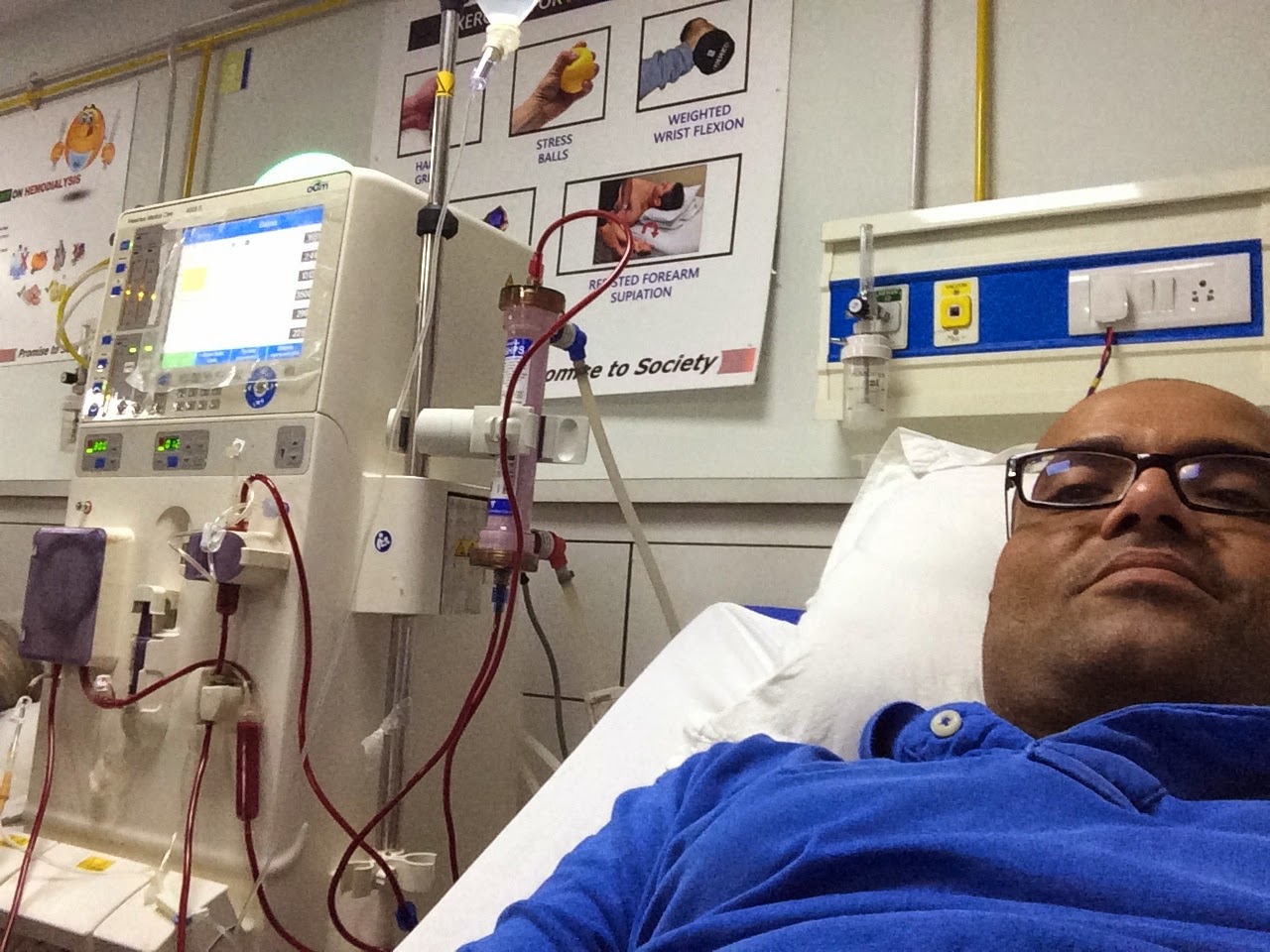 That was how the food was - mainly Punjabi. We tried quite a few places and found ourselves liking Giannis and Chandni Chowk the most. The first time we went to Giannis, my parents ordered two thalis for themselves. The waiter helpfully offered that one would be enough between both of them! Rare to see such ethics in a world that has been so hopelessly corrupted by money. I tried the Makki ki roti and the sarson ka saag which was really very well done. 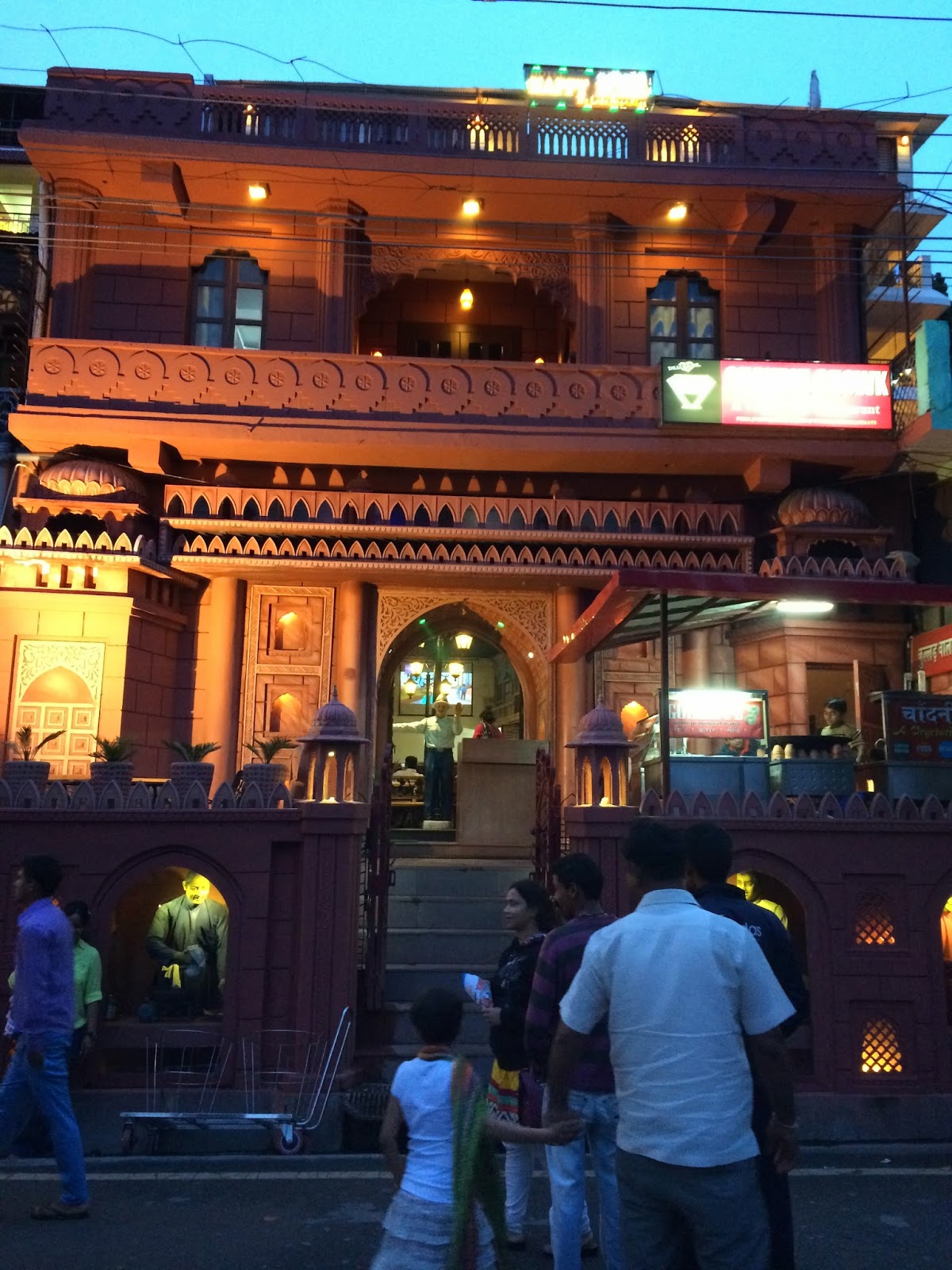 My pick however was Chandni Chowk after the famous Delhi area. This place serves some very tasty  chat apart from the usual Punjabi fare. The highlight of this place however is the jalebi and the Masala Milk they serve in earthen ware glasses (khullars). This place also has some really cool life-sized dolls that actually move and look like they're making the food! 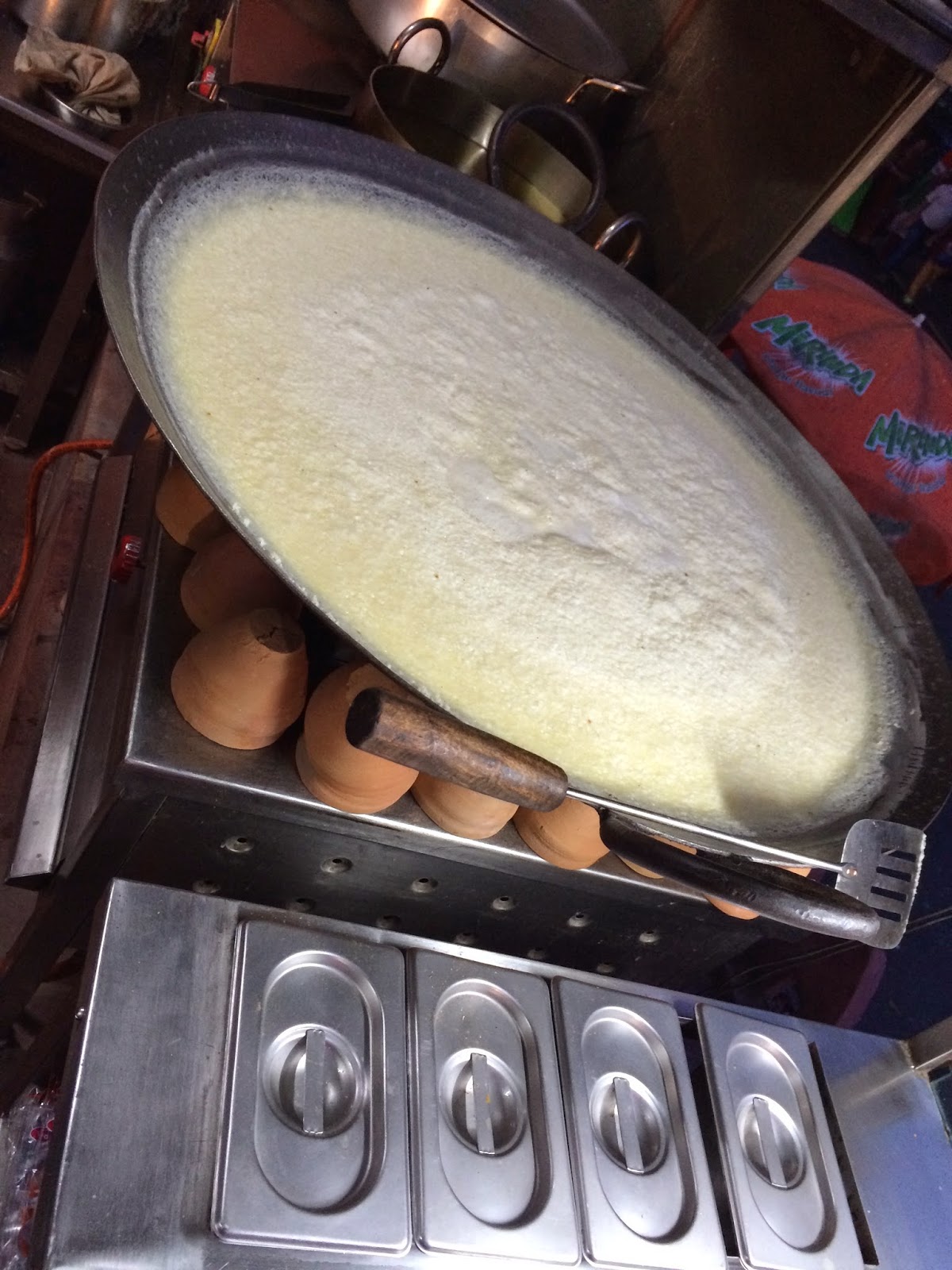 The Khullar Milk being made 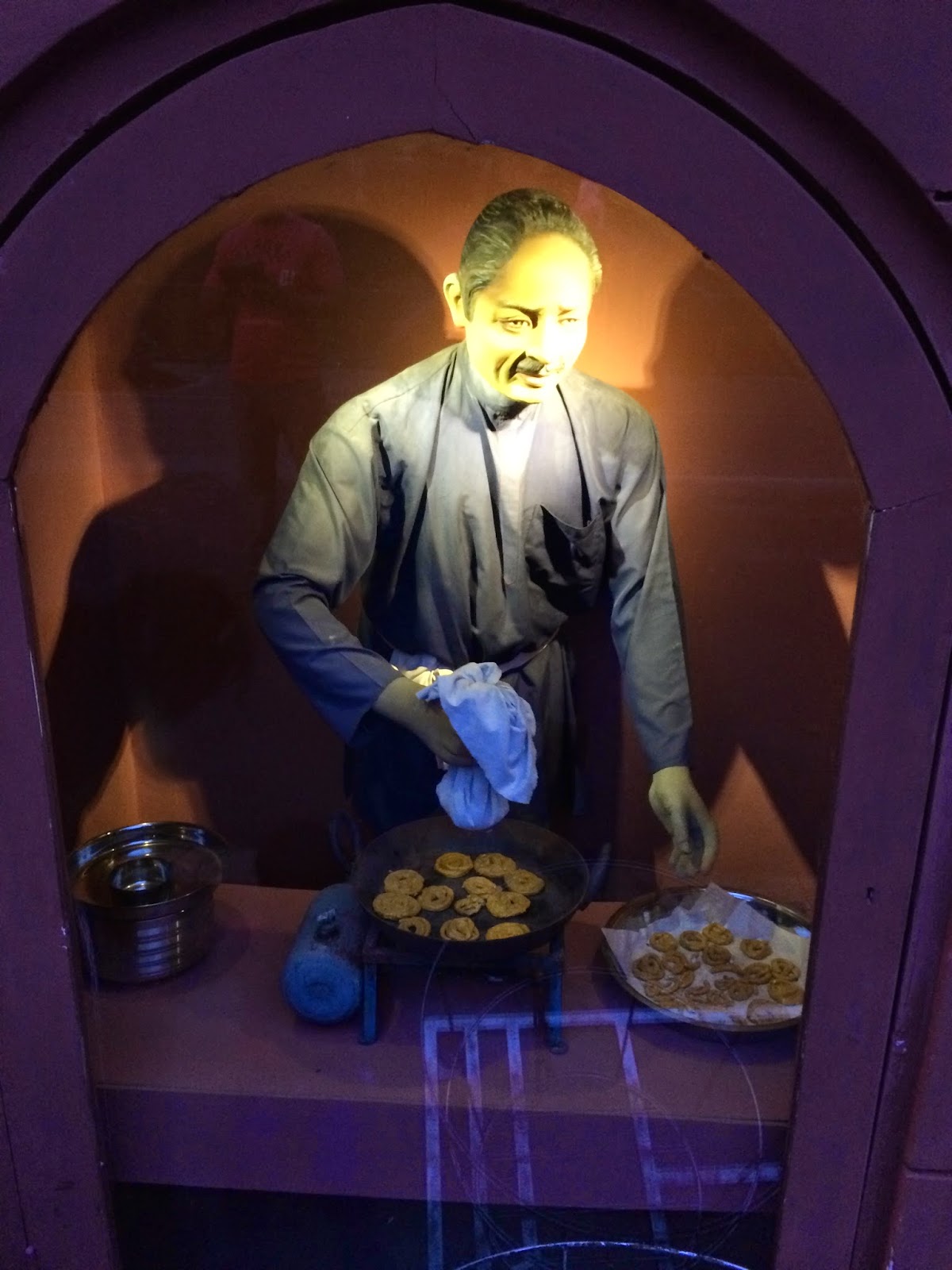 All in all, I really had a great time. Though the total trip was six days, two full days were spent travelling. Almost three-quarters of two other days, at least for me were gone for dialysis. I got about two and half days all told apart from the blissful mornings. I am not sure if I would do such a trip again. I am not sure if I won't either! More than half the time spent is 'unproductive' if you can call it that! However, the mornings really made up for everything. The four mornings spent there sipping tea by the lake enjoying the weather really was what I will not forget for a long, long time. 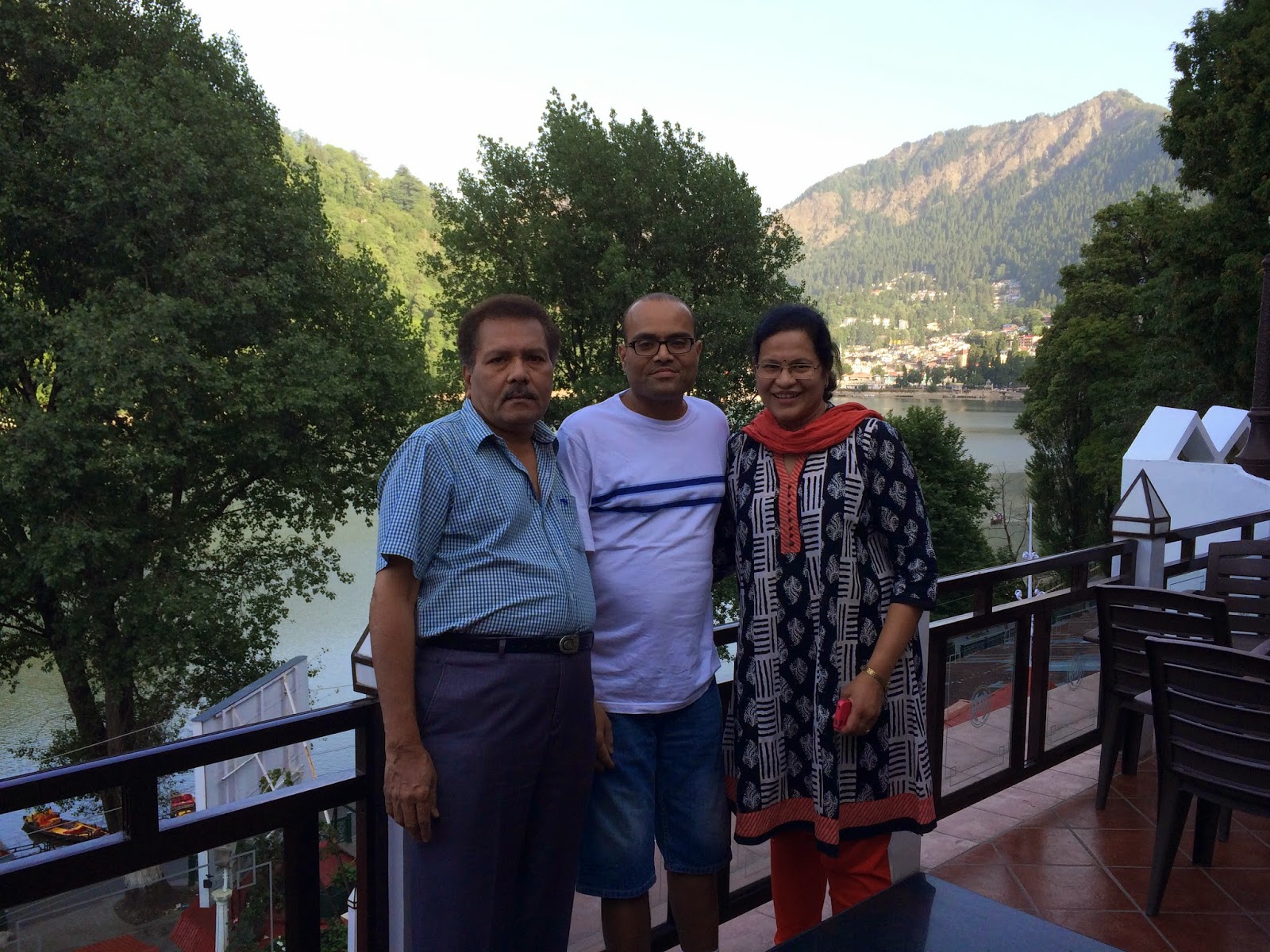