What is wrong with medical journalism in India? 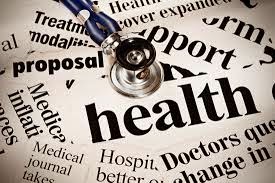 This morning, in my inbox, I saw an article from the Hindustan Times about a PD solution infecting a set of patients. Investigations revealed that a particular batch of fluid from an unspecified manufacturer contained 'extraneous matter'. The company is supposed to have called the patients who had been delivered the batch and asked them not to use that fluid and said it would be replaced.

A few months back, in the US, there was a huge hue and cry over Fresenius' dialysis solution and it was all over the press. This is how it should be! Patients need to be told about which company manufactured the fluid. The manufacturer should issue a proper advisory to all its patients with the correct batch and ask them not to use it. What if the patients affected have not received a call? Is someone senior enough doing the calls to make sure no one is left out?

One of the patients affected had to undergo removal of his PD catheter. This, by no means, is a small thing.

Another major error I found in the article is this:

"...needs to undergo three sessions of dialysis a day, owing to her advanced kidney disease."

Newspaper journalists need to research their articles more carefully. Such statements can create a lot of misinformation among the general public. Without understanding the basics, journalists must not be allowed to cover such topics.

Medical journalists in India must take a leaf out of the newspapers of their counterparts elsewhere!
at September 20, 2014

I am not surprised, since we also face complication during hemodialysis sometimes due to contaminated dialysates. It is patients who will finally face this.
Chills, fevers, vomiting, diarrhea are common symptoms of this.