My take on the AIB roast 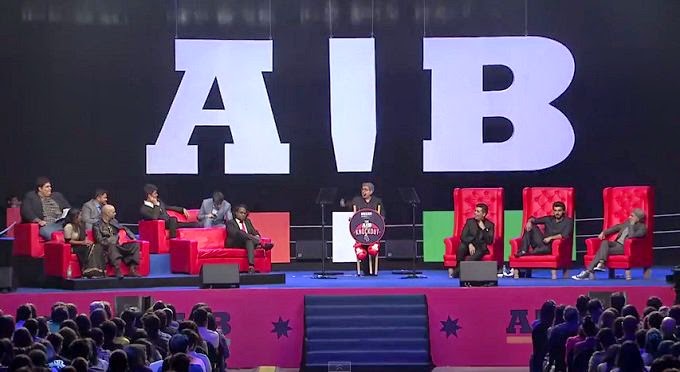 A lot of water has flown down the Ganga since the AIB Roast first hit the headlines. People praised it to begin with and called it "Indian stand-up comedy finally coming of age". Most people found it funny and bold. Then someone decided it was indecent and actually filed an FIR against those who produced it and participated in it. Since then, every few days we find someone or the other voicing their opinion on this. We have had Aamir Khan, Twinkle Khanna, Shah Rukh Khan, Varun Dhawan and many others give their two cents on this.

I have actually seen the entire Roast on YouTube before it was pulled off. So, unlike many others, I at the very least have the legal sanction to comment on it!

To be fair, there were some really good jokes. But all in all I found it pretty average in terms of humour content. I don't think this was 'Indian stand-up comedy coming of age'. If anything, it served to highlight that Indian stand-up comedy still relies heavily on expletives that appeal only to immature imbeciles who have had a less-than-perfect schooling.

Almost all the jokes that targeted Karan Johar were about him being gay. To be fair to him, he took these jokes very sportingly and what was probably the worst-kept secret of Bollywood is now completely out in the open. Then there were jibes galore at skin colour, religion and relationships.

This brings me to the reaction to the Roast. All I can say is that it was wholly unnecessary. It was on YouTube. There's much worse on YouTube and this elicited the kind of response it did only because of the names involved. Poor Karan Johar had to have the High Court restrain the police from arresting him for this! Please give the poor guy a break!

If you get offended by such jokes and language, you have a very simple choice: click on Stop!
at February 22, 2015

Email ThisBlogThis!Share to TwitterShare to FacebookShare to Pinterest
Labels: humor