Postprandial hypotension in dialysis patients: feeling dizzy after a meal 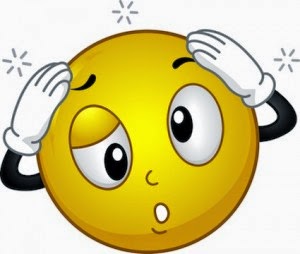 For a long, long time, I have had a major problem. I feel dizzy after my breakfast. This lasts about an hour to two hours and I need to lie down to feel better. I always put this down to pulling off too much fluid during my nocturnal dialysis sessions.

Many times, on work, I have to take an early morning flight. This is really horrible. I need to have my breakfast before I head to the airport. By the time I reach the airport, I am totally like a zombie. To make things worse, early mornings are the worst time to fly from Hyderabad. The Hyderabad airport check-in and security lines are really, really long and to wait in those lines with a dizzy head is just too much to take for me.

For the last few trips, I took the wheel-chair option! I was embarrassed and was worried someone would see me! "This is the guy who claims he leads a normal life despite being on dialysis and here he is - on a wheel chair!!!"

My brother Prasan, with a casual comment one morning on the way back from Govind's bandi caused an epiphany. I was feeling really dizzy after the sumptuous breakfast and he said that the body needs to do something to process all that food and that was the reason I was feeling dizzy. That may not have been an accurate description but it was the first time I realised that it was only after my breakfast that I felt dizzy.

I typed the phrase "feeling dizzy after a meal" on Google and I found what I was looking for! The condition even had a name - post-prandial hypotension and had some suggested solutions - eating light meals that are low on carbohydrates, having a glass of some fluid about 15 minutes before the meal etc. And what's more, it was a condition that was common in dialysis patients!

I tried the solutions. Some did not work. But the one that worked for me like a charm was eating a very small breakfast. These days, I have a very light breakfast and carry some breakfast to office where I have it after an hour or so of reaching. I also took the last couple of flights without any problem. I am really so happy and relieved. Thanks so much to my brother for that comment!
health