Appreciate the value of good health

I had just got back from London a few days back. I suddenly developed some breathlessness. My fluid weight gain was under control. Everything else seemed normal. I visited the nephrologist who referred me to a cardiologist. We did some tests. They mostly came out ok. Nothing serious. I was put on some medication which should settle the issue.

Around the same time however, I had to change my buttonhole sites and was using sharp needles instead of the usual blunt ones. Due to this, I had some sleepless nights. The sharp needles hurt.

Again, at the same time, I had changed one particular medication which was supposed to reduce the itching I was experiencing. The itching did not reduce. Instead I began having symptoms of restless legs.

Dealing with all these things at the same time became quite onerous. I became frustrated and depressed. I usually am fairly good at dealing with issues. But when they come all at once, I find it difficult to handle.

Kidney disease is something that takes over your body completely. Not one part of it is spared. Even a transplant is not a 100% solution. There are issues from time to time. There is always the stress of your creatinine value going slightly up and worrying about losing the transplant.

I met a friend with CKD a few weeks back. We were chatting about our lives in general. We were at a restaurant and were looking around us. My friend remarked, "Look at all these people. They are all laughing and joking. They are probably talking about what they're going to be doing this weekend. And look at us. We are talking about how many more years we might be able to live!"

It was so true. People with and without a chronic condition have such different perspectives about life. The things that are important to each group are so very different!

One sad part however is that healthy people never realize the importance of good health. They live in a world where they think that nothing would happen to them. Many people continuously abuse their bodies. They take good health for granted.

This is really sad. I feel like pleading with them not to do this. I want to tell them that they have no idea what it is like to have a chronic disease. I want to tell them that they are not as safe as they think they are. All it takes is one moment in time when things could completely change. The've changed for me. The've changed for many others.

Please don't take your body for granted. Be grateful for good health. Preserve it with all your might. 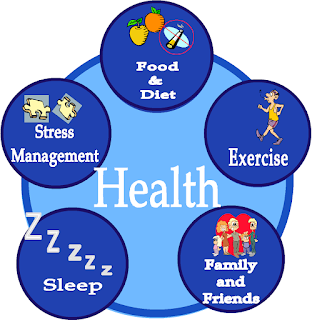