I will always regret not taking up medicine after my 10th 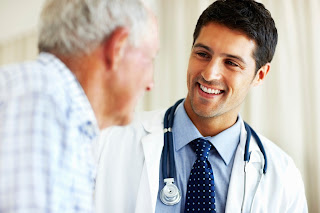 I was at one our dialysis centres this Saturday afternoon. This centre is inside a hospital. I did my usual round of the centre, talking to a few guests, inspecting the facility and then settled down at the Duty Doctor's desk. A few minutes later, a patient was wheeled into the unit on a stretcher. There was commotion all around. The patient was critical and needed to be put on a ventilator and dialysed. The patient was shifted onto the bed and a ventilator was brought in. A doctor in blue scrubs followed. Over the next half an hour or so, the patient was put on the ventilator by the doctor, presumably an anesthetist.

For the first time, I had seen someone being put on a ventilator. The way the anesthetist went about the whole process really blew me away. He remained calm and composed throughout the process. At times, there was panic among the other staff from the ICU who had accompanied him. But he remained at ease, skillfully going about his job. He realised that a mistake could cause the life he was literally holding in his hands to slip away.

When I was nearing completion of my 10th, I was very clear in my head. I wanted to take up engineering. It was primarily driven by my hate for biology. I would do anything to not study biology any further. Looking back, I feel that not enough counselling is available in India to help you decide. Also, at that age, I am not really sure how many people are mature enough to make up their minds on such an important aspect.

When you are on dialysis, you see a variety of doctors. Your life practically revolves around doctors. I genuinely believe there is no feeling greater in this world than that felt by a doctor when a patient thanks you profusely for relieving him of a major problem. It is not the financial reward, it is not ego, it is not power. It is a simple connect between two human beings. This connect is impossible in high paying software jobs, in closing huge business deals, in financial services and - you're not going to believe I said this - in making great food!

Some people argue that by being in a healthcare company, the impact that can be made is much greater since you are bringing quality healthcare to a lot more people than that possible by being a doctor. I beg to differ. For me, it is all about the personal connect. That 30 seconds of the warm, fuzzy feeling in your heart when you look into your patient's eye and see the genuine gratitude. No other job in the world can rival that.
health