Life on Dialysis - one challenge after another 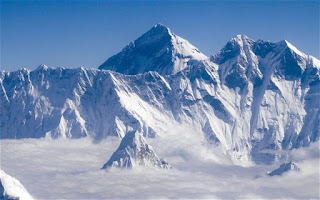 Until a couple of years back, I used to take about 6 pills a day which was considered to be a small number for someone on dialysis. Most of these were simple things like Vitamin supplements. Today I take about 20 pills a day.

The last year or so especially has been rough. It's been one thing after another. Like healthy people, I had become quite complacent about my health thinking I was doing fairly well and that this would go one forever. However, the last few problems have been like a rude awakening. My body is not infallible after all.

Ask someone who has been for a while on dialysis what bothers them? It is likely that they would have got used to dialysis but it is the co-morbidities that come along with kidney failure that are most bothersome. If it was only dialysis that we had to deal with, we might deal with it pretty well. Add the host of issues with almost every organ in the body that confront you on a regular basis - and suddenly things become very difficult.

I have been lucky to be able to get access to daily nocturnal home hemo. At times I wonder, with this modality itself, I am struggling to cope with the accompanying issues, what would have happened if I would have been on thrice weekly? There's not one doubt in my mind that I would not have survived this long.

And yet, there are many people, many of whom I personally know, who despite being on thrice weekly and some even twice weekly have been on dialysis for longer than I have! People compliment me for my courage and determination. My secret is the long hours of dialysis I get daily. Not my will-power, not my mental strength.

I feel I have done nothing compared to these people and I get more than my fair share of credit. It is fairly easy to lead a normal life by being on daily nocturnal.

Now, after so many years, I have started feeling vulnerable. The issues that have come up lately have made me think of a lot of things. I become depressed and irritated more easily. A simple email, a Whatsapp message, a sentence said by someone around me are all enough to piss me off completely - sometimes for days on end. I have ended up offending many people who truly care for me and I feel really bad about this.
health

Anonymous said…
Perhaps you should speak to a psyciatrist/psychologist. Afterall, what you are dealing with is not easy by any means. Maybe speaking your heart out to a professional will help. And it does take a lot of mental strength to carry on life like you have. It cannot be just medical help. So hats off to you; you deserve all the praise!
May god bless you!
October 29, 2015 at 9:42 PM

Parikshit Suryavanshi said…
You have expressed exactly the same feeling I have been having nowadays. It has been four and half years on dialysis, thrice a week. Initially it was only dialysis but now the "co-morbidities" are playing havoc with the body and the mind....Can we do anything? I think we can pray!
November 16, 2015 at 7:02 PM

Unknown said…
one of esrd indian patient from kerala resident of mumbai in late 50s a non vegetarian appeared very healthy during hemodialysis days, underwent transplant in November 2015, has nbeen diagnosed with serious heart pulmonary problem which is said to be a side effect of antibiotics post kidney transplant. He is advised urgent bypass surgery. Alas! thrice a week/nocturnal dialysis is much better if honored with care and other necessities. He spent 50/60 lakhs in Srilanka for kidney transplant...
March 10, 2016 at 5:33 PM