on October 02, 2015
It all started with an email from our North Ops Head saying that the launch date for our Ludhiana centre has been fixed and since I had not attended any North centre launches until now, could I attend? I was really touched and decided to visit Ludhiana for our centre launch and Press Meet there. I also decided to visit three of our other centres there.

I reached Amritsar in the afternoon of the 21st via Delhi. That evening I decided to visit the Atari Wagah border and watch the beating retreat ceremony that is held every evening at sunset. 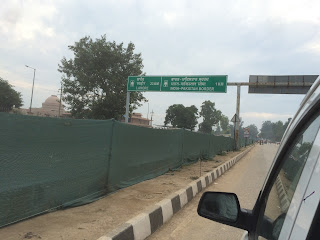 A shiver ran down my spine on seeing that Lahore was so close by!

It was a visual spectacle. Michael Palin described the ceremony as a display of "carefully choreographed contempt!" The place has two big arches on either side, one with a picture of Mahatma Gandhi and the other with a picture of Mohd. Ali Jinnah and two sets of Indian and Pakistani flags. A huge crowd had gathered on the Indian side. Comparatively, the Pakistani side had a much smaller number. 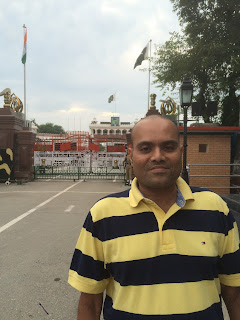 Patriotic songs from Hindi films were played on the Indian side and we could a hear a similar din from the other side as well. There is an emcee who urges the crowd to shout slogans. Amitabh Bachchan's voice explains the ceremony and its history. At around the sunset, the ceremony starts. The soldiers march very aggressively with their feet coming as high as their shoulders. The gates open for a brief period where soldiers from both sides shake each other's hands in a very curt manner and the flags are lowered. 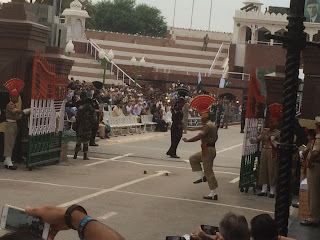 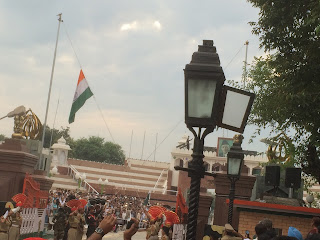 Lowering of the flags

During this period you can see the Pakistanis. Many from both sides waved at each other and showed heart signs with their hands which added a touch of warmth amongst all the aggression. 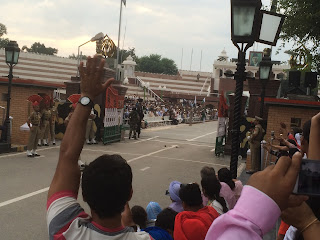 Indians and Pakistanis wave at each other from across the border

I wondered at the end of it all why the ceremony was required in the first place? Why couldn't the flags be kept there all the time?

The launch of the centre went very well. I later learnt that the patients (whom we call guests) at the centre thought that there was no such person like Kamal and that the NephroPlus management had cooked up the whole story about a dialysis patient being one of the founders of the company. They were now happy that there was such a person and they actually met him. I found this really hilarious!

It was really nice to meet the teams at the different centres we have - Amritsar, two at Ludhiana, Khanna and Mohali. When I talk to our teams, I feel really humbled because I sit in my office every day sending emails and doing calls but these are the people who are actually making a difference on the ground. These are the people who actually translate our mission from paper into actual patient care. I really cannot thank them enough. I usually do a small talk to the team when I visit a centre. I always focus on only one thing - make the guest smile! 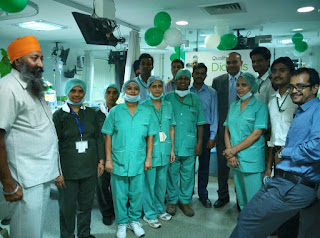 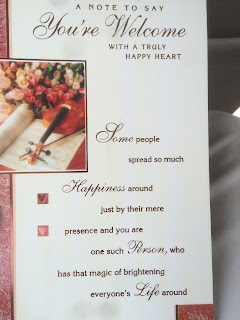 A card given by our centre team at Khanna

I was out of town for a total of three days. I did two dialysis sessions of two hours each - one at Amritsar and one at our Mohali centre. This was inadequate when I look back because at the end of the trip I was fluid overloaded and have not been able to come back to my dry weight. More on this later. 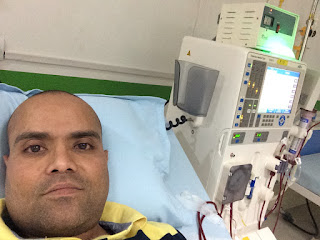 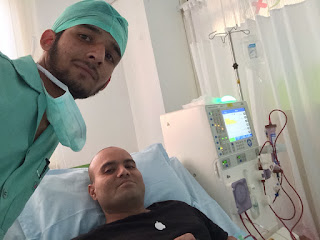 I had heard a lot about the food at Punjab. I got to sample two really awesome things. When I was in Amritsar, I visited Gian Chand Lassi Wale and had a glass of the famous lassi there. It was very good. They added dollops of butter to it which made it very filling! 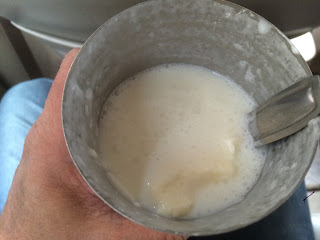 
When in Chandigarh, I visited Pal Dhaba where I had possibly the best Paneer Butter Masala and Dal Makhani with Lachcha Paratha. The Dhaba is a very simple place with no fancy interiors. The food however was divine. 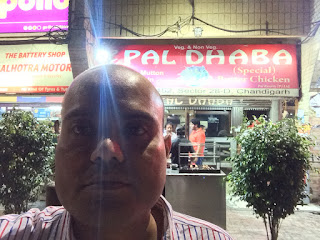 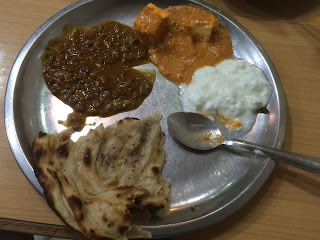 All in all, it was a very satisfying trip. I got to do everything I like - visit our centres, meet our guests, do some touristy things, eat good food. I loved the time I spent with my team in the North. I got to understand them better. It was my first trip after London and the heart issues subsequently. It went fairly well on the health front as well. Looking forward to more such trips now!
diary

naz said…
Hi Kamal,
My father is 63, with chronic type2 diabetes and has been on Hemo-Dialysis since 5 years under treatment of Dr. B.V GANDHI at Jaslok Hospital. My mom was due to give her kidney and a week before the transplant operation, unfortunately and shockingly,she suddenly passed away with a brain hemorrhage.she was 58.
I live with my dad and have been taking care of him since my siblings are all living abroad. i read your blog and could relate to a lot of things my dad is going through.
I want to thank you because from your writings I have a better perspective of what my dad is going through . In the last 5 years he has had 2 strokes and recently he had an angioplasty done, also he had few blockages and similarly like yourself,had breathlessness due to water in lungs. Dr Gandhi has been guiding us well on dads condition which i appreciate.
I am also interested in knowing if your company supports and installs peritoneal dialysis in Mumbai or provides consultation in regards to whether it is a right option for the patient.
Thanks for your words, stay strong and God bless :)
November 6, 2015 at 1:04 AM