Healthcare or Education - what should the Government prioritize? 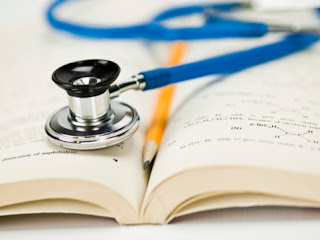 If you removed the most basic priorities of the Government of India such as food, the next two most important sectors would probably be healthcare and education. It would be simplistic to assume that one can be prioritised over the other. The argument, "who will you educate if people die of disease?" can be countered with "who will treat the sick if you do not educate?"

India spends only about 4% of GDP on healthcare and only 1.4% is public expenditure. India spends 3.35% of GDP publicly on education. While about 74% of Indians are literate, only about half have access to basic healthcare.

Which side you would gun for largely depends on your personal and professional background. For someone battling a chronic condition, it might seem a no-brainer that the Government must prioritize healthcare spending over education. For someone who has struggled to gather resources for education, education might be more important.

India has extremely poor outcomes when you consider some of the most basic healthcare metrics. While Indians living in large cities have fairly good access, the conditions among the rural population can be abysmal. This inequity in healthcare has to be addressed on an urgent basis.

A paper published in the Lancet authored by Balarajan and others says, "...the infant mortality rate among the poorest and richest wealth quintiles was 82 and 34 per 1000 births...". Interestingly, it added, "...the under-5 mortality rate among mothers with no education compared to those with secondary or higher education was 106 and 49 per 1000 births, respectively."

This shows that both healthcare and education probably go hand in hand.

While we can debate on which sector needs to be prioritised and compelling arguments can be made for both, rather shockingly, the Finance Minister, Arun Jaitley has reduced Government spending as a percentage of GDP on both these sectors in the last Union Budget. India can never hope to be a developed country if Governments do not recognize the urgent need to improve markers pertaining to these two sectors. Acche din, anyone?

Without achieving basic levels of both healthcare and education, progress on many other sectors may be moot. We absolutely need to get our priorities right. While other sectors need not be neglected, we need to understand that it is these two sectors which will determine our long term progress.
policy