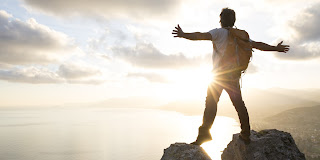 Someone on my Facebook wall shared a link to a TED talk about a 75-year old Harvard study that tried to figure out what really was the key to happiness.

A 75-year study is first of all incredibly difficult to do. It requires multiple generations of researchers to be equally committed. Not only that, it also requires participants to co-operate with equal commitment over decades. Only an extra-ordinary effort can pull this off!

They studied over 700 participants. One group was students from Harvard while the other were some poor people from Boston. The group was followed up from the 1930s to recently and every two years, various questions were asked related to life-events, their way of thinking. Blood investigations, and brain scans were done. One of the participants eventually became President of the US! Who would've thunk?

The conclusion of this study was fairly simple.

But first, some background. A recent poll of millenials revealed that money and fame were the most important life-goals of almost all the people. They thought that money and fame would make them really happy. I think that would be true for most of us. What else could be the top priority? Obviously, more money would equal more happiness. Right?

Well, the study concluded that neither money nor fame turned out to be important in the end. The most important was - hold your breath - the strength and quality of the relationships people had - relationships with families and friends.

The study actually found that actual physiological and psychological well-being depended a lot on the quality of the relationships one had. People who had someone to count on to be there for them in their hour of need were less likely to be affected by dementia and other mental disorders. They had better cardiovascular outcomes as well.

The cellphone age has actually ruined us quite a bit. We have the entire world on our phone - including friends. I have dozens of people on my Facebook friends list whom I don't even know! I have not even said Hi to them after befriending them! What's the point in such meaningless relationships?

We need to take time to cultivate family relationships and friendships. We need to talk to them, not 'chat' with them. We need to meet them, not do a 'video chat'. We need to take this study seriously. A 75 year old study cannot be wrong. In the end money and fame really do not matter. This seems very logical to me when I think about it. Here is the actual TED talk:

Email ThisBlogThis!Share to TwitterShare to FacebookShare to Pinterest
Labels: life

Hi Kamal,
I had watched video earlier. However I just have one question, does money not enable good relationships? Often lack of money strains relationships. Maybe one needs to have some minimum amount of money.

Thanks for stopping by Abhinav. If a relationship is enabled by money, I don’t think it would stand the test of time.