Stopped Enalapril: When to treat a medical condition? 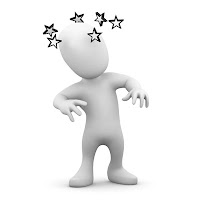 A few months back, I was diagnosed with some cardiac issues for which I was advised to take Enalapril. Now, this was a little unusual as Enalapril is an ACE Inhibitor (ACEi) which is generally used to reduce the Blood Pressure (BP). My BP was low to begin with. My normal BP is around 90/60. The Enalapril would make it even lower.

Despite this, I was advised to take the drug. I was started on a very, very small dose. My nephrologist felt it would help correct the heart condition, even at a low dose.

I also had a condition called Postprandial Hypotension (PPH) which would make the BP worse after a heavy breakfast. Strangely enough, the BP would not plummet on the mornings after I have skipped dialysis.

The low BPs, coupled with the PPH and the ACEi made my life living hell for a few months. I was taking a low dose every alternate day. Everything would be fine the day I would take the tablet. But the next morning would bring with it severe dizziness and discomfort.

I stopped going for my Sunday morning routine of Idlis as well. That was the unkindest cut of all.

About 3 weeks back, I had an episode of fainting. At that point, my doctors decided that it was time to stop the Enalapril. They felt that even though we would lose the chance to correct the heart condition, it was not worth prolonging this since it was so severely impacting my Quality of Life (QoL).

I feel much better now. One more thing I also tried last week was to skip dialysis on Saturday. That way Sunday morning, I would not feel dizzy even after a heavy breakfast. I had a sumptuous breakfast at Govind's near Charminar after ages and felt really good!

This brings me to the reason behind treating any medical condition. I firmly believe it should primarily be to improve QoL. Merely prolonging life is of little meaning. If you are going to increase life-span by worsening QoL, then is there any point in treating? Yes, there could be temporary worsening of QoL in some cases in which cases treatment can be justified but if this is not the case, treatment does not achieve the primary purpose, in my view.
at February 16, 2016

I found the article, and forwarding it to you

Dialysis may soon be a thing of the past

A team of US nephrologists is developing first-of-its kind implantable artificial kidney with microchip filters and living kidney cells that will be powered by a patient's own heart to help kidney patients.
http://timesofindia.indiatimes.com/life-style/health-fitness/health-news/Dialysis-may-soon-be-a-thing-of-the-past/articleshow/51007708.cms

Thanks Prasad! Let's hope that becomes a reality soon!