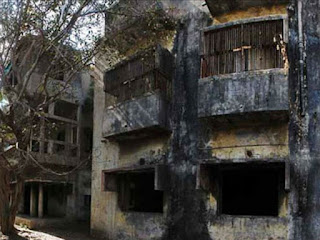 A special court in Ahmedabad sentenced 11 people to life in jail for one of the worst massacres during the 2002 Gujarat riots. Some were given lesser sentences while many of the 66 people originally accused were let off due to lack of evidence.

The Gujarat riots will always remain a blot in India's history. By being the head of the state at the time of the riots, Prime Minister Narendra Modi's legacy will always be soured by a reference to these riots. At worst, the Modi government in Gujarat actively abetted the rioters by instructing the police to 'let the outrage of the people find an expression'. At best, it failed miserably to act to effectively control the marauding mobs. Either way, it failed in its paramount duty to protect all citizens of the state, irrespective of their caste, religion or creed or as former Prime Minister Vajpayee put it - to follow 'Rajdharma'.

In this case, as expected, the foot soldiers are the ones who are finally implicated. Most of them have probably received very little education. They were probably swayed by the rhetoric of their leaders who egged them to go and commit this beastly crime. There was a reference in the verdict to former Parliamentarian Ehsan Jaffri's provocation of firing from his gun triggering the mob's fury. Well, when a mob of several hundred people gathers outside your home and the police and other high ranking government officials ignore your calls for help, anyone would resort to every possible way to try and save one's family.

As I have said in the past, courts can only act on the basis of evidence. If no evidence has been found, the accused are let off. That does not mean a crime has not happened. It just means that there is no evidence to prove it. The guilty just got lucky. So, while the foot soldiers have been sentenced, the masterminds of the crime continue to roam free.

While much of India has moved on, giving the Narendra Modi-led BJP a massive majority in Parliament, the ghost of Godhra and the carnage after will continue to haunt people who have been affected. Their lives changed that day forever.

The last has not yet been said about the Gujarat riots. It will still be a while before all cases pertaining to this horrible period of India's history are closed for good. We must all hope that such pogroms never happen in this country again.
at June 19, 2016