Just where are we headed? 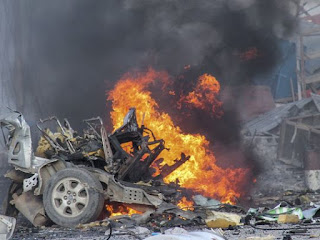 These days, every morning, when I wake up and turn Wifi on, I dread the alerts that my NDTV app has waiting for me. It is just one thing after another. If you look at the way violence has increased in the past year or so, it is quite alarming.

There were multiple attacks in France, so many in the US, one in Australia, in Bangladesh, so many in Afghanistan, India and Pakistan. Many countries in the world are getting added to the list. Though most of these are terrorist attacks, there are some which are being carried out by disgruntled individuals as well.

In my science class in high school, I learnt that the world always moves in a direction of increasing entropy. This definitely seems true in the current circumstances.
at July 27, 2016