Money, power or fame - what gets you high? 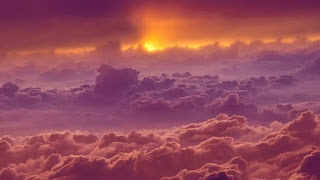 I think most people measure success in terms of their acquiring one or more of these three things - money, power or fame.

For a vast majority of people, I am guessing, it would be money. The more money they make, the more successful they consider themselves. They would also look at others and consider them successful if they've made a lot of money.

There would be many people for whom a combination of these would work. Our Prime Minister Modi, for example, I think would be driven by power and fame. For corrupt politicians, it might be money and power. For businessmen like the Ambanis, it could be money and fame.

There possibly is a fourth thing that drives some people - the genuine, selfless desire to touch people's lives. The people who serve the poor, the suffering without expecting anything in return would come under this category.

I know some people who are like this. Many of the trustees of the Hyderabad based Jain Dialysis Trust (Bhagwan Mahavir Jain Relief Foundation Trust) are like this. I know one of them - Mr. Inderchand Jain personally. I see no clamouring for fame or power in this man. I only see a genuine, selfless desire to serve poor dialysis patients. Even a 2 minute conversation with him leaves you feeling warm and nice. In this world driven by greed, it is people like him who make you feel that humanity still exists. There is still hope.

I, personally, still aspire for one of the original three. I am not going to reveal which! Those who know me well would know. I wish I could be like Mr. Jain however. If I genuinely, selflessly touch even 1% of the lives he has touched, I would consider my life a great success.
at July 03, 2016

First its Money. Money feeds you , clothes you.
Once you have 'enough' money, its POWER. Power over others , to touch, to change lives. You can have money, but people might not listen to you. With Power , people will.