An accident of geography? 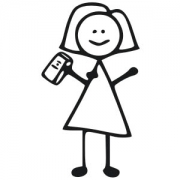 I was in the middle of a meeting. My cell phone rang. The number was unknown. I muted the phone. I called back after the meeting was done. It was an unknown male voice. He introduced himself as Abhijit Chatterjee*. He spoke in Hindi with a heavy Bengali accent. I found it difficult to follow what he was saying. But I could figure that he was talking about his daughter, Ananya Chatterjee* who was diagnosed with aHUS. She was currently on Peritoneal Dialysis.

I get roughly one call a month these days. After setting up the Atypical HUS India Foundation, putting up a website and a Facebook and Twitter account and trying to publicise the news that trickles in from time to time, people have been contacting me. My response is usually very standard. After all, nothing much changes in the grim, dark world of aHUS in India. No Eculizumab. No other good options for most of the mutations.

Over the next several weeks, I got introduced to Abhijit Chatterjee through a series of different people. The Atypical HUS Foundation in the US, aHUS UK, other aHUS family members from different parts of the globe. The man was desperately trying every source of information and help he could find on the internet. He contacted every person or organisation he found linked to aHUS. Unfortunately for Abhijit Chatterjee, all his efforts finally ended at my email Inbox or my phone.

My response was standard and offered little hope. “Eculizumab is the only good treatment for this disease. It is not available in India. Until it becomes available (this may take a few years more) or another drug becomes available, we need to do maintenance treatment like plasmapheresis, plasma infusions, dialysis etc.” I introduced him to some leading hospitals and clinicians so that he could talk to them first hand and see what other options might be available. He probably got similar answers from them as well.

On one call, Chatterjee talked about his daughter. I could sense the fondness he had for her, for little Ananya.

“She is so cute and innocent. She has no idea what is wrong with her. She has such a sweet face. I am feeling very helpless. I have spent lakhs of rupees on her treatment. I have borrowed money from everyone I know. I am not sure how I will repay them. I just want her to become well.”

As my eyes swelled, I could feel my gut wrench. What have we done to deserve this? Wouldn’t it have been better to have a disease that had no cure? It was so frustrating to know that there is a cure, there is a drug that can cure us completely. It’s just that we can’t afford it. It’s just that we were born in a country that did not have access to it.

Then, one day, there was suddenly a ray of hope. It came in the form of an email from a company that was working on a new complement inhibitor. They wanted to explore the possibility of conducting a clinical trial in India. As eculizumab was already available in countries like the US and the EU, it made perfect sense for them to do a trial in a country like India where there would be patients without any options and who might be perfect candidates for a trial.

I promised all help. Their Asia representatives were asked to contact me. I put them in touch with all the clinicians I knew who could have such patients. My hopes however came crashing down when I learnt that the company was currently enrolling only adult incident patients. That is adult patients who had just been diagnosed and had not proceeded to kidney failure.

I wrote to the company asking them to include paediatric patients as well as they would be able to enrol many more patients that way. The company responded that it would get back to me after discussing with the management. I haven’t heard back from them yet.

About a month back, I got a call from Abhijit Chatterjee again. They had sent Ananya’s blood samples for genetic testing. The reports showed a Complement Factor I Mutation. She would need Eculizumab for a transplant, I thought to myself. The doctors were recommending a kidney transplant. I asked him what the plan was in case of recurrence. He said he did not know. I asked him to discuss with the doctor that since they did not have eculizumab, what was the point in undergoing a kidney transplant especially if she had a Factor I mutation?

He said he would discuss with the doctor and get back to me.

A couple of days back, Chatterjee called again. I thought he must be calling to update me about the transplant plan. However, I could immediately sense from his voice that this was something else. He sounded completely distraught. Little Ananya was admitted in the ICU at a very reputed hospital in South India. She had worsening blood counts. Her Platelet Count was dangerously low. She was put on a ventilator. They were monitoring very closely. I did not say much.

That evening I could not stop thinking about the little girl.

The next afternoon, I got a call from Chatterjee. I was honestly scared to take the call. I feared the worst. I answered the phone after an excruciatingly long wait. Chatterjee broke down. “It’s all over. Last night, Ananya had a cardiac arrest, multiple organ failure and then she died.” I hung up. My heart sank. My throat choked. My mind went blank. Little Ananya was no more.

I muttered a curse to the skies. I asked myself what was wrong with this world? Of what good was all the progress mankind has made when the life of a little girl could not be saved merely due to an accident of geography? Why do people in some countries have access to the drug while others do not?

Alexion Pharmaceuticals, the company that manufactures the drug has priced it so high that very few people in the world can afford it. Forbes magazine has declared their drug to be the most expensive drug in the world today. They have probably spent millions of dollars on the research for the drug. They have probably spent a lot of time, money and effort in navigating the various patent laws and making their drug available to people. Given that the number of patients in the world is so small, are they not justified in pricing their drug high enough to be able to make profits?

I honestly don’t know the answer to that question. All I know is that what happened to Ananya is just wrong. I don’t know what can be done to change the situation for aHUS patients in India and many other countries in the world where the drug is not available. Something needs to change. How many more such lives are going to be lost fighting this disease? How many more Ananyas are going to die before this situation is remedied? Someone needs to find a way out.

(* Names have been changed to protect identity.)
Atypical HUS India

Prachi Agarwal said…
I have been crying after reading this...i can not imagine what her parents must have gone through...sometimes I feel...how can God be so cruel....life looks so meaningless at times....
August 15, 2016 at 7:52 PM

Unknown said…
It is heart wrenching to see people dying because of lack of money for treatment. Why there is so much of disparity, What kind of 'progress' and 'development' they are so madly running after if it can't save a little child's life.
August 17, 2016 at 10:34 PM

Karthik Rao said…
I could almost guess the topic of discussion reading the title. But this came out harder than I expected.
I feel so helpless reading the very heavy statement you made "Wouldn’t it have been better to have a disease that had no cure?".