My take on the first half of PM Modi's first term 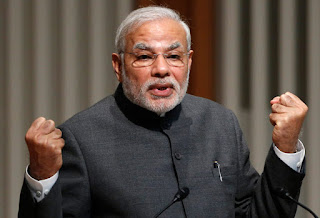 We are about half-way into Prime Minister Narendra Modi's first term in Government. With what was the biggest mandate anyone has been elected with in recent times, he was sworn in as India's Prime Minister in 2014. We are about half way into his first term. I say 'first term', not because I am certain this will not be his only term, but because it well may not be. Given his performance and the terribly bad performance of the opposition, notably the Congress, it would be surprising if he does not get re-elected.

Overall, I think the performance of the government has been good. There have been some very good initiatives in various areas - the economy, foreign relations, fighting corruption etc. Some would argue that a lot of it is more style than substance. However, there have been many genuine achievements. Yes, some have probably not been seen through. Many of the initiatives will take much longer to complete and be judged. Some will be continuous and will not have a defined end date.

I am too naive to see behind the scenes (if there was anything like that) the actual reason for demonetisation. I remember listening to the speech on November 8th and feeling that it was a master stroke against corruption and black money. A lot has been written about the poor implementation and even hidden agendas. I really don't have an opinion on this.

What rankles me still is that the man was responsible for the 2002 riots. I was reminded yet again about the horrors of Gujarat at that time when I happened to see a part of 'Schindler's List' playing a few days back on television on the occasion of Holocaust Remembrance Day. The terror in the eyes of the Jews being massacred by the Nazis was gut-wrenching to say the least. Well, yes, the comparison is too far-fetched. 6 million Jews were killed whereas about a thousand Muslims and Hindus together were killed in 2002. To me, what is similar is the feeling of being victimised by the state for being born in a particular religion. 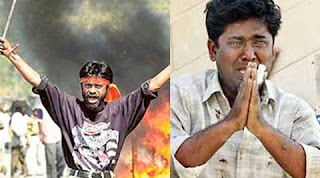 Modi will never be forgiven by the families of those that were slaughtered in those horrible riots. To those who say that the Congress did the same with the Sikhs, I agree with them entirely. We cannot justify one wrong by citing another wrong. Both the actions were completely wrong. Both the leaders at the time must be blamed.

So, while Modi can be praised for the good he does, he must also be blamed for his wrongs. We cannot justify one by the other.

Most people of India apart from the Muslims, I believe, have moved on. For the others, he will always remind them of 2002. Fair enough. At the end of the day, if an election is held today, he will win hands down. That's the way democracy works. We must accept it and also move on.
at January 28, 2017