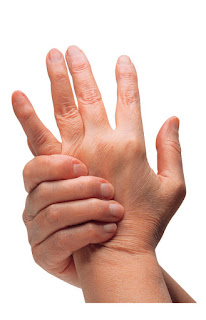 Among the two problems that I blogged about a few days back, one of them has been addressed, temporarily at least, by the hyaluronic acid injection I was given a week back. The other problem remains.

The trouble is it does not let me sleep well on my non-dialysis days. Last night, I did not dialyze and this morning I woke up finally at 4 am after having a restless one hour. And here I am blogging at 5 am in the morning after having some Darjeeling tea. My doctor has suggested that I try an ointment for symptomatic relief. Honestly, I don't like the sound of that. Basically it means that there is no permanent solution for this.

For some time, I was like a ball in a tennis match, being thrown from one court to the other court, the neurologist and the vascular surgeon playing the match - "Not a neuro problem", "Not a vascular problem"! Multiple investigations yielded no clue.

I have stopped traveling completely due to these two problems. The knee pain was especially debilitating. After I have taken the injection, I am still on the NSAIDs and the doctor said he will withdraw them after a month. I have been given a timeframe of 2 months to a year by different doctors on how long the effect of the injection will last. Sometimes I think, once the pain goes completely (my knee still hurts towards early evening these days), I should travel a bit but due to the hand numbness I am quite wary of traveling. Nights would be quite disturbing since I would not be dialysing at night.

On long term dialysis, it is these additional problems that bother you more than the kidney failure itself. I honestly, don't mind the dialysis these days. I just wish it was the only thing I had to deal with.
health

Pin said…
Hello Kamal, that must be frustrating. I hope your doctors find out what's really with your hands.
I remember I had a patient before, complaining of numbness on the hand with the fistula. It was steal syndrome. She was clueless for a while what was causing it, but when she stopped hanging out with her friend who smokes, her symptoms were relieved. Hope this helps a bit, I've read in your previous post though that your case isn't steal syndrome.
April 25, 2017 at 6:47 PM

Ambarish said…
Hi Kamal, just came across your blog today - ask your doctors if your hand numbness/pain is carpal tunnel syndrome
April 27, 2017 at 4:43 AM

Kamal D Shah said…
I just realised that if it was Carpal Tunnel syndrome, it would have shown in the Nerve Conduction Study that was done.

Turns out that it is Steal Syndrome! I am now scheduled to undergo a surgery in the first week of June where a vein would be taken from my lower thigh and put in my left arm where it would bypass the fistula and supply blood to the hand.
May 15, 2017 at 3:22 PM

Kamal D Shah said…
Dear Dr. Ambarish, it turns out that this is Carpal Tunnel Syndrome!

I was referred to another neurologist and they did the Nerve Conduction Test again and it showed Carpal Tunnel Syndrome. Getting operated for this on Thursday.