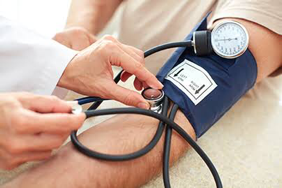 A few months before beginning home hemodialysis, I was diagnosed with Left Ventricular Hypertrophy (LVH), a condition that is associated with long term kidney failure. I was put on some medication to try and control the problem. Gradually my blood pressure started reducing. At one point I used to be at pressures of around 90/60 to 100/70. During my next visit to the cardiologist, I asked him what is a good blood pressure? Was 90/60 too low?
“Lower the better” was his response. He said as long as I did not have symptoms of hypotension like feeling dizzy, the lower the pressure the better it was for my heart.
New research released recently has found that a blood pressure of 130/80 or above is dangerous for the human body. The earlier guideline had pegged this at 140/90. This would bring a lot of people into the ‘hypertensives’ bucket. The important thing to note, as the co-chairman of the group that released this report says is, “The risk hasn't changed. What's changed is our recognition of the risk.”
People with high blood pressure are known to be at risk for “cardiovascular disease, strokes, severe kidney disease and several other problems” that can kill them. Not everyone with this blood pressure needs to be put on medication. Many people who are diagnosed in early stages of the condition can correct it simply with “lifestyle changes such as losing weight, improving their diet, getting more exercise, consuming less alcohol and sodium and lowering stress”.
It is important to check your blood pressure from time to time. Early diagnosis, like in almost every other condition, is the key.
It is sad that despite knowing that lifestyle changes can correct this problem, people all around me will still live in denial, refusing to acknowledge that they have a problem, refusing to change their lives and ridiculing the people who actually do.
People give me examples of their uncle who drank, smoked, never exercised and ate all the unhealthy food you could ever imagine and yet lived to a ripe old age of 90. What they do not realise, very sadly for them, is that for every such uncle, there are a hundred other people who died early, in the prime of their lives just because they did not take care of themselves.
I read this important advice somewhere: “It is ok to lie to your parents, to your children, to your boss, to your spouse, heck, it is ok to even lie to your God. But one thing it is not ok to do is to lie to yourself.” These people are lying to themselves. It is going to be a very expensive lie.
health