Who’s right about the economy - the pro Modi or the anti Modi camps? 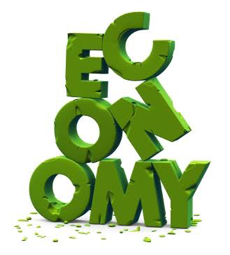 I have never read The Economic Times. I can’t make sense of most of it. So, when I hear diametrically opposite viewpoints about how the Indian economy is doing under Prime Minister Narendra Modi, I am thoroughly confused.
On the one hand you have people claiming that the Indian economy is in dire straits. On the other hand, you have reputed agencies such as Moody’s who have upgraded India’s rating recently.
The irony is that both these parties say their conclusion is due to things like demonetisation and GST. How can both use the same two policies of the government and arrive at such contradicting results?
I have noticed one thing after Modi came to power. People rarely change their perception about the man. Take any decision of the government. Take any policy of his government. People who support him will find a hundred reasons to support it whereas people against him will find a hundred reasons to criticise it. It all depends which side of the fence you are on.
There is no such thing as objectivity here. You either love the man or hate him. Forever. Whatever the case may be.
In my adult years, I have never seen the country so polarised as it is today when it comes to the Prime Minister. Some people compare him to Indira Gandhi. I was a kid when she died so I cannot make the same comparison. The lines of division are so complete, so thick that whatever happens, people will not change their views about him, reason be damned.
I am still at a loss on how the country’s economy is faring. For every gloomy chart put out by the haters, there’s a cheerful chart that is thrust in your face by the bhakts. For every upward statistic put out by the bhakts, there is a downward statistic quoted by the haters.
So, how does a person like me decide on how the government has done on the economy?
politics