Please change the spelling of the word ‘opportunity’, someone 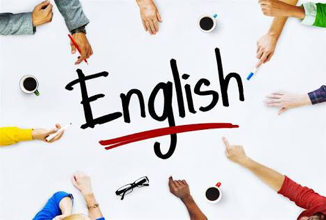 In India, the word ‘opportunity’ is probably the most mispronounced English word. Every second person I hear says it like it is spelt. The second syllable is pronounced by them to rhyme with the first. ‘Or’ is such a common word that when these two letters appear in the word ‘opportunity’, they pronounce it like they would pronounce ‘or’. How can you blame them?
English pronunciation has been the topic of many essays. The lack of consistency in pronouncing similarly spelt words has flummoxed many. This is also the topic of a legendary dialogue of the great Indian actor Amitabh Bachchan in the film ‘Namak Halal’.
Wouldn’t English be much simpler if it were pronounced the way it was written or written the way it was pronounced? It would save so many people their blushes. I don’t claim to have perfect pronunciation myself. I have been caught on the wrong foot many times with some words. Yet, my mistakes are most often with less common words.
English would be much simpler, agreed. But would it be as beautiful? I doubt it. The beauty of the language lies in its idiosyncrasies. It deserves a little effort to learn. It takes some practice as well.
For the time being however, those who pronounce opportunity as ‘opp - or - tunity’ would do well to use ‘opp - ur - tunity’. But is that good enough? What’s to prevent someone from pronouncing the ‘ur’ as ‘oor’ or worse?
I guess some things are best left untouched. Robert Benchley would agree, “Drawing on my fine command of the English language, I said nothing.”
general