Prevention is better than (no) cure 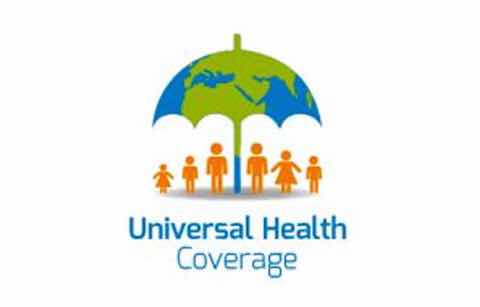 What is the best way for a government of a country like India to roll out Universal Healthcare?
There are two aspects to consider here. Why would any government roll out Universal Healthcare (UHC)? The straightforward answer to that question is that it benefits the citizens of the country. Food, shelter and healthcare are the three basic necessities for all human beings. If they lack access to any one of them, then it is unfortunate.
In democracies unfortunately, the main reason UHC is rolled out is that it is a great way to win votes. Since healthcare is such a basic need and it is something that can cost a lot for individuals, making the State provide healthcare in some form is a nice way to become popular and then possibly win the next election.
Now, the two different reasons for which UHC is rolled out - being good for the citizens and becoming more popular can result in two very different approaches to implementing this policy. While the former would entail doing what’s right in the long term, the latter would dictate doing what’s right in the short term.
Allow me to explain.
One very reasonable metric to measure the effectiveness of UHC is the number of Disability Adjusted Life Years (DALY) saved for every dollar spent. DALY is a combination of number of years lost due to premature death and number of years lost due to illness. It is a better metric than simply early death because being diagnosed with a critical illness also causes loss of productive years of one’s life and this also needs to be included in assessing any impact of such programmes.
Now, if you want to get the best bang for the buck, that is, get more DALY saved per dollar by the scheme, it makes much more sense to invest in preventive healthcare than treating diseases already diagnosed. There are several cases where this has been found true. For example, take someone who is diabetic but is not yet diagnosed. The amount of money you would need to spend to diagnose it and then counsel and ensure they take proper measures to delay or prevent other long term complications of diabetes would be much lower than the money you would spend on treating the diseases they would get after some years of undiagnosed diabetes.
However, when you look at the political considerations, a new metric would make more sense - DALY saved per dollar before the next election. Using this metric, treating people with currently diagnosed conditions would give you the best returns and not prevention. This is because the effects of preventive healthcare can only be long term. These effects also do not have any definite, perceptible and measurable results at the level of an individual. Unfortunately these are the outcomes that can impact elections.
If you keep political considerations out of the picture, in the long term, preventive healthcare yields the best returns. This is truer when it comes to several diseases where there is no cure but only expensive maintenance therapies like kidney disease.
health