Home HD in India - not as difficult as you think

When people get to know about home hemodialysis, they generally think it is too complex and risky for them to do. They have seen so many incidents in hospital based centres that they assume the same can happen at home too. However, many of these fears are unfounded, especially in patients who are  otherwise healthy, are proactive about their health, like to take care into their own hands and do not like to accept the dependence on others for their own well-being.
Take the case of Amit from Kolkata. He was suddenly diagnosed with MPGN (Membranoproliferative Glomerulonephritis) at a young age in 2013. He had to start dialysis within a few months. He started dialysing at a reputed hospital in the city. He experienced what many people feel on dialysis in a hospital - poor quality, many complications, callous technicians. He also lost weight rapidly and his work was severely compromised.
His younger brother was active on the internet and found many good things about home hemodialysis. He started researching about it extensively and also got in touch with people who were undergoing home hemodialysis in India. Encouraged by the full life people on home HD were leading, he suggested this modality to his brother.
Intrigued by this, in the hope of getting his life back, Amit talked to his nephrologist about home hemodialysis. His nephrologist was reluctant at first but then gradually acquiesced. The hospital arranged for Amit and his wife, Komal to be trained in the hospital. The training went on religiously for a month, about 12-13 sessions. Komal was initially completely overwhelmed by the number of lines in the bloodline, the various settings on the machine and the fact that blood was coming out of her husband’s body and going through a machine. She would be responsible should anything go wrong. She slowly learnt the ropes though and decided that she would take this into her hands and ensure that her husband got good treatment at home. She was very brave to do this and her husband was fully appreciative.
After a month, a dialysis patient, also from Kolkata, who ran his own business of medical consumables arranged for them to buy a new HD machine. The hospital’s dialysis team helped them procure a water treatment plant.
The day had finally come when they would do their first session at home. Komal nervously set the machine up and hooked Amit to the machine. The first few weeks were quite intimidating. Alarms would go off. They were able to handle some of them. For others they would call hospital staff and get help in addressing the issue. They would do four hour sessions, thrice a week. They would do the sessions in the afternoon. 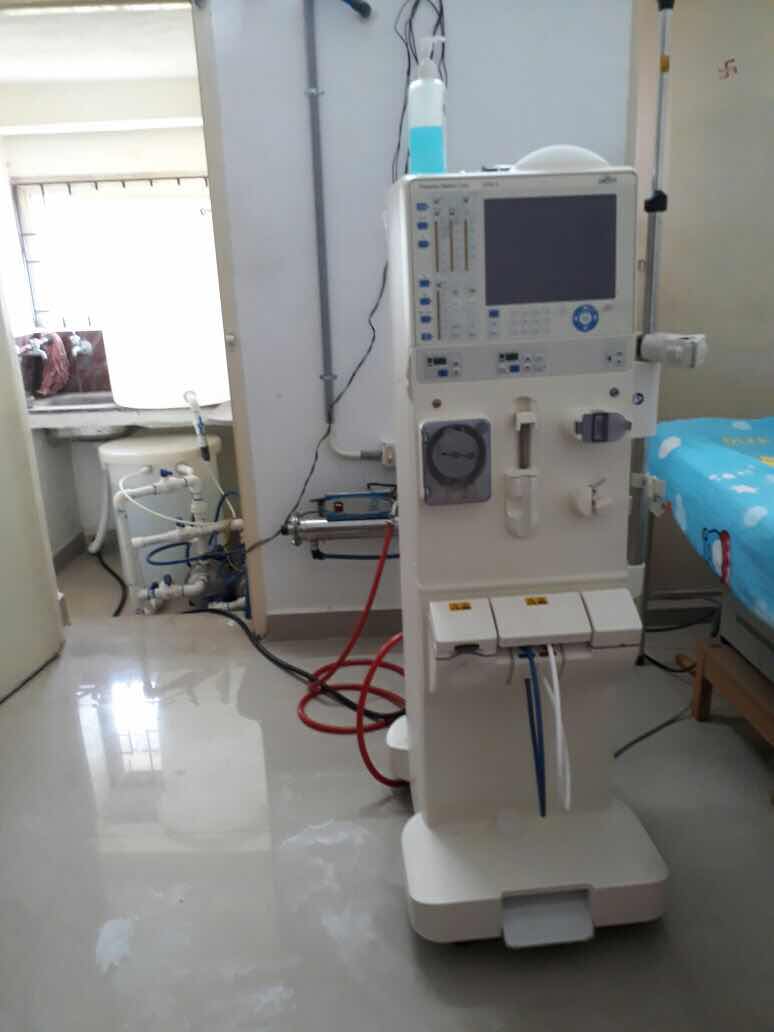 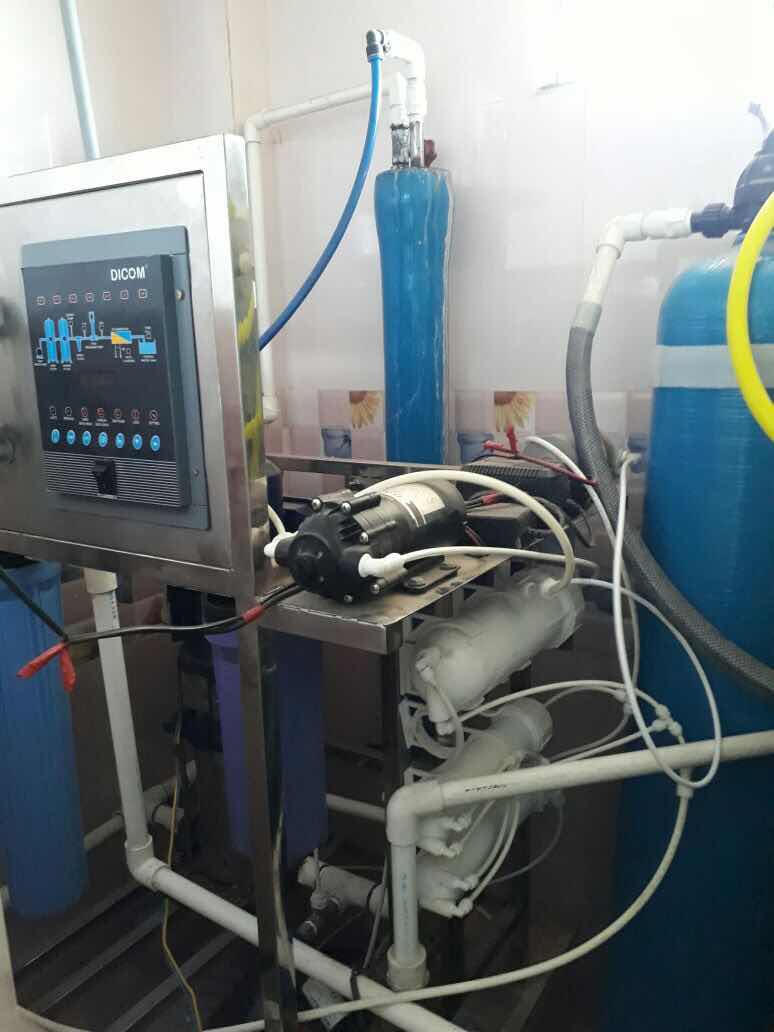 A pic of their HD machine and water treatment plant
Issues slowly started to reduce. Amit’s health improved dramatically. There were very few complications unlike the times he dialyzed in the hospital. After about six months, they decided to try nocturnal. They started dialysing every alternate night. They found a very dedicated dialysis nurse, Guru, who worked for a dialysis provider through some common contacts and reached out to him for help whenever they needed it. Guru helped them even in the middle of the night, often doing video calls to help figure out issues.
Today after two years on home hemodialysis, Amit has got his life back completely. He has put on all the weight he lost, works full time and leads a normal life. He recently went on a holiday to the North where he actually did river rafting in the Ganga (complete with a jump into the river).
The beauty of nocturnal home dialysis can never be described completely in words. People who undergo the therapy wouldn’t give it up for anything in the world. It is the best therapy among all Renal Replacement Therapy options except for a kidney transplant.
It is not even as complicated as it seems. Yes, there will be bumps on the road. But the ride is definitely worth it.
(Note: Some names and other information in this article have been changed to protect identity. Many thanks to Amit and Komal for sharing their story and allowing me to write about this inspiring journey. In many ways, they were brave to embark on this journey without any professional help. I had a very capable dialysis tech, Jairam who helped me start home HD. This couple did it on their own. Hats off!)
at May 13, 2018