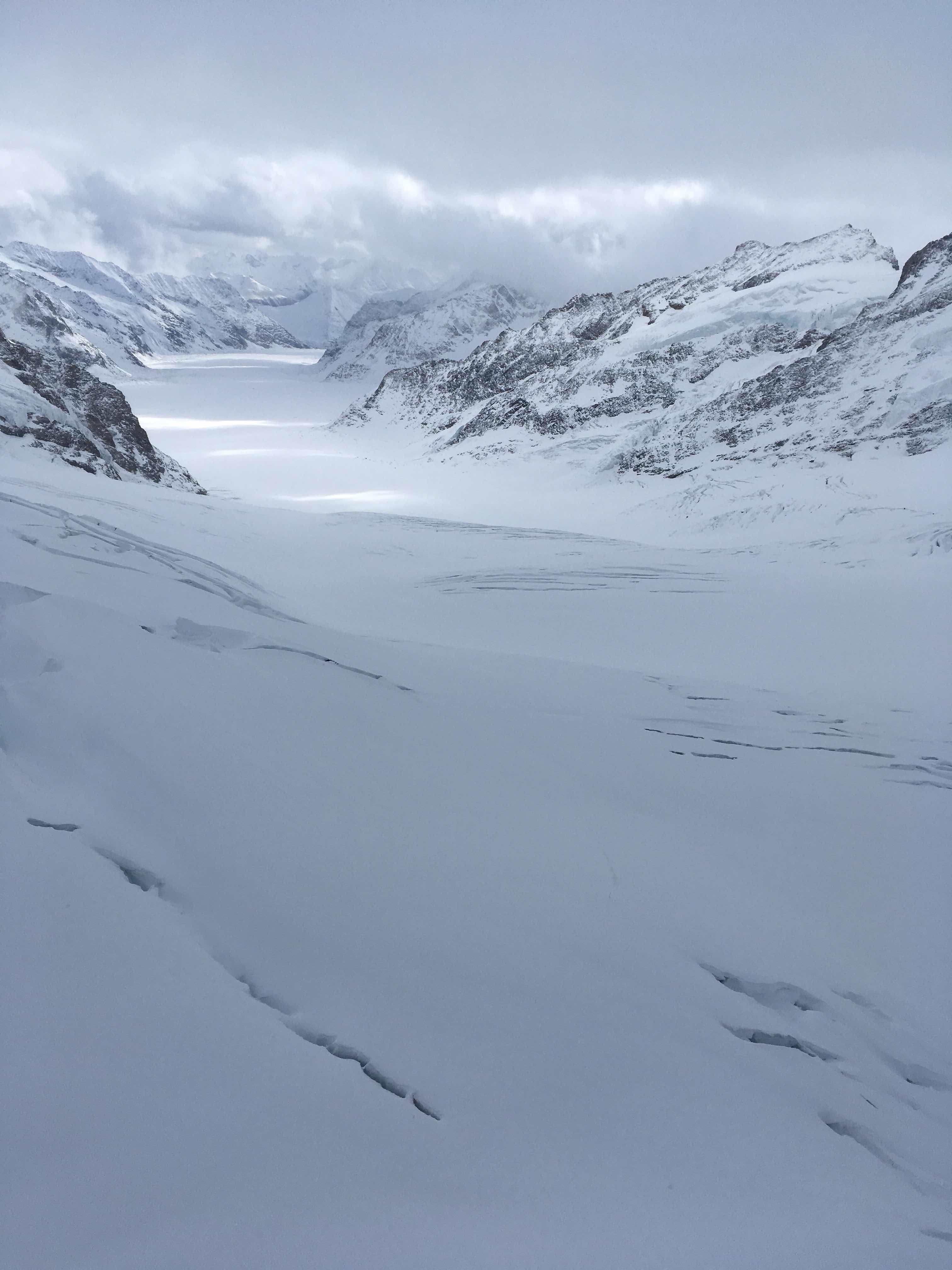 I’ve had Switzerland on my bucket list for a long time now. So, when I got to know that the next aHUS Alliance meeting was being planned in the Netherlands, I felt that it would the perfect opportunity to visit Europe. I did not want to do too many places. I thought of just doing Holland and Switzerland. The conference was in Nijmegen, a one and half hour drive from Amsterdam. I would spend two nights in Nijmegen, one in Amsterdam and then about a week in Zurich. While planning, I learnt that Lucerne was a more beautiful place than Zurich (which was more of a commercial city) and then decided to do a week in Lucerne instead of Zurich. My parents also came along.
Nijmegen
We took an early morning Etihad flight from Hyderabad to Amsterdam via Abu Dhabi. It was very cold when we landed. There was a cold breeze as well. We took a cab to Nijmegen. The countryside was very beautiful. Autumn brought out some of the most beautiful colours in the trees. We reached Nijmegen, supposedly the oldest town in The Netherlands in the evening. There was a welcome dinner for the people attending the meeting.
I met several people I had known online for years but had never met. The aHUS community is a small, closely-knit one with the common thread of an ultra-rare disease binding together people with very different backgrounds from different parts of the world. While our individual situations are very different, we have similar frustrations with governments and pharmaceutical companies. 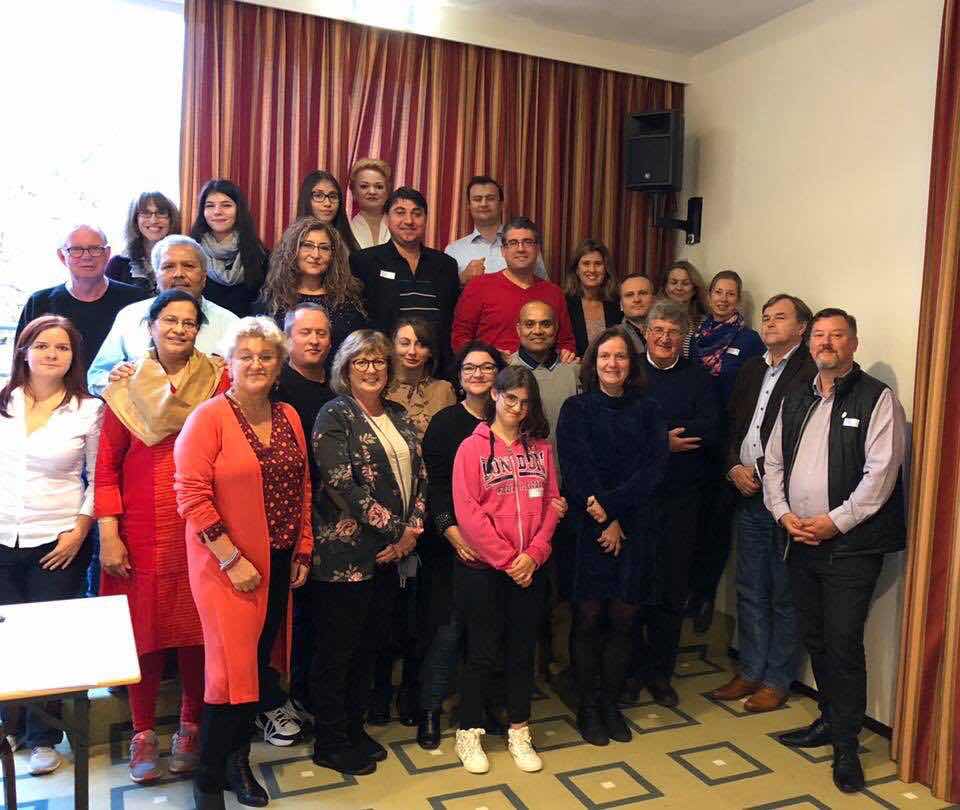 Lucerne
Lucerne is a small city about 50 kilmoeters from Zurich. Lake Lucerne is at the heart of the city, a huge lake which is shaped like a human hand - with five fingers branching out from the middle. The city is surrounded by snow-capped mountains and is known for its medieval architecture. The old town has cobblestone roads and there is Kapellbrücke (Chapel Bridge), a covered bridge adorned with paintings that is on one part of the lake. Lucerne has very old buildings and a very charming feel to it. Trees of different hues line the roads on both sides. Even a simple walk along the streets of the city can be refreshing.
Like the rest of Europe, Lucerne and the rest of Switzerland has a very efficient public transport system. Infrastructure in all respects is very good. 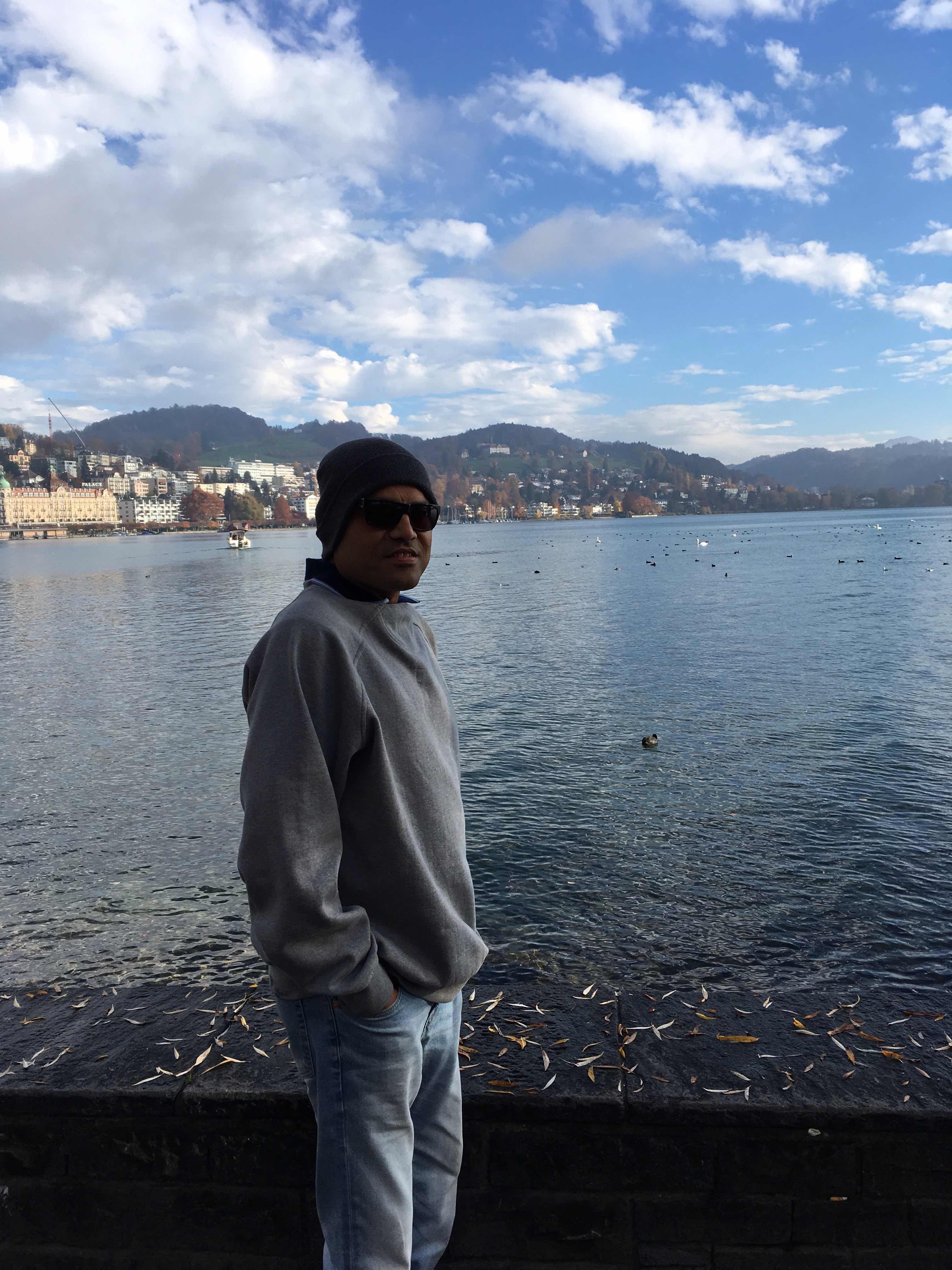 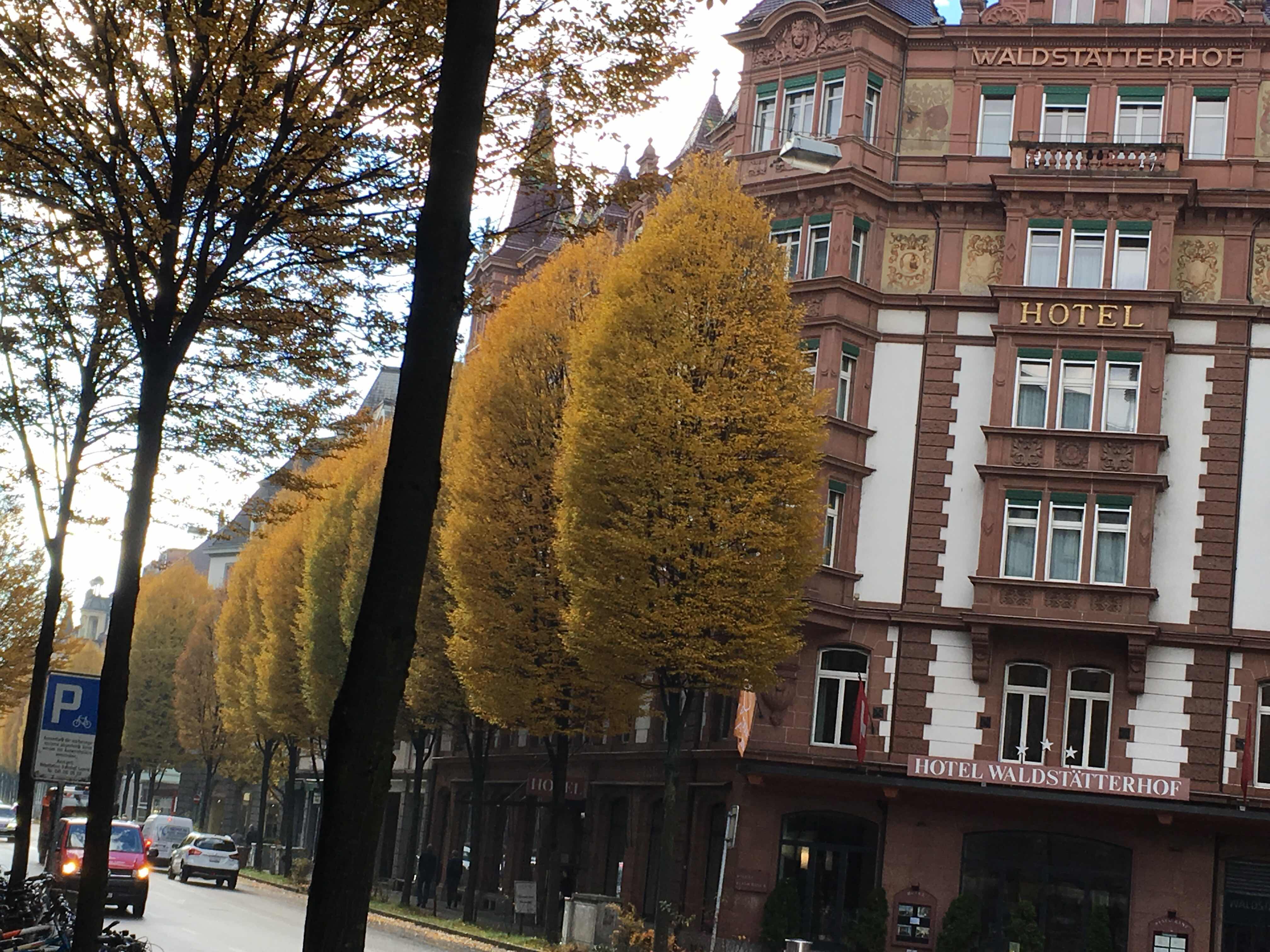 The Top of Europe
Mount Jungfrajoch is the highest peak in Europe. We took a train from Lucerne station and had to change 3 trains and a bus to finally reach the mountain top. The sights along the way were nothing like we had ever seen before. The reward was more than worth the effort. At the top, they had several points where you could go and see the snow. There were also points where you could actually step out into the snow and enjoy the cold, freezing temperature.
The place is so popular among Indians that they actually have a restaurant called Bollywood right on top. If you exclude the Chinese, Indians form the highest proportion of tourists in Jungfraujoch. 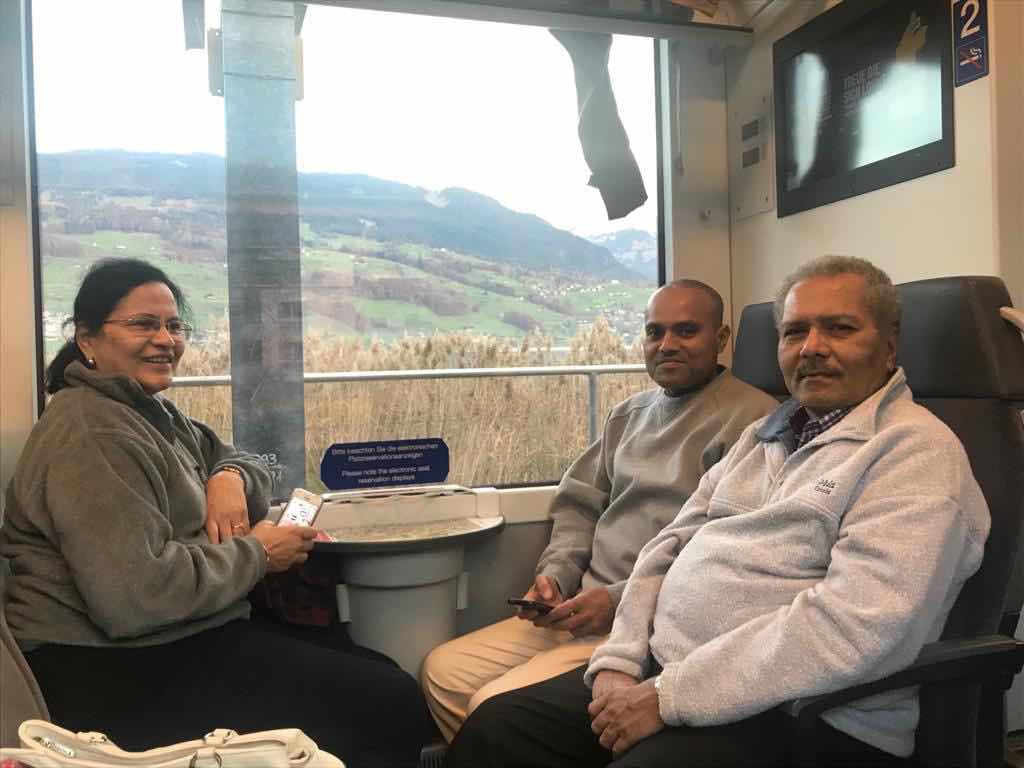 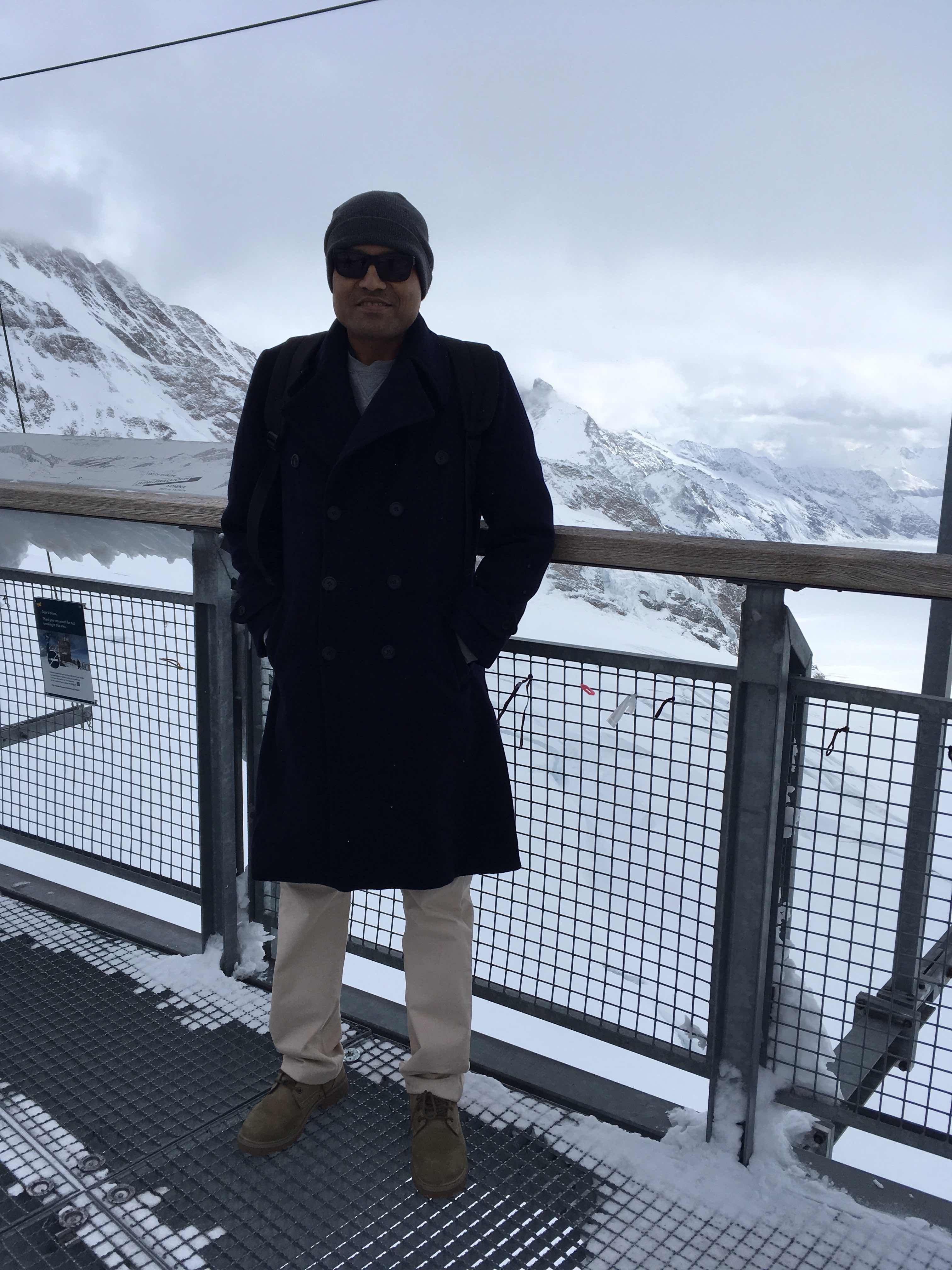 Mount Pilatus
We did a trip to Mount Pilatus next. To get to this mountain top, we took a cruise ride to a place called Alpnachstad. From there, we got on to a Cogwheel train which was supposed to make the steepest climb by any train in the world. The train literally went up at an angle of 45 degrees throughout the journey. There was one point where we were in the middle of clouds and then after a few moments of very poor visibility, in an instant we were right above the clouds. The scene was like we were looking at a sea which was very rough except that these were all clouds. 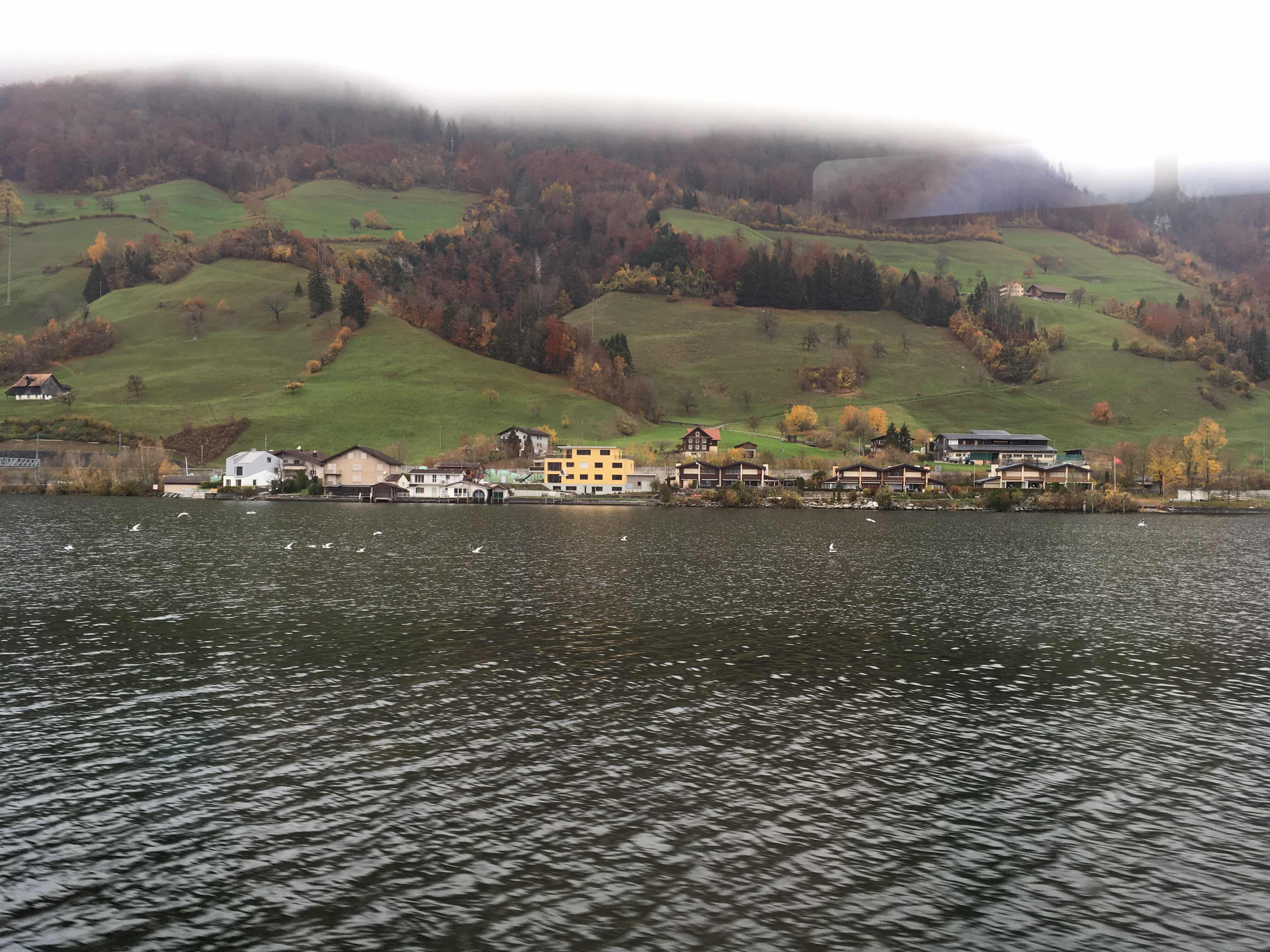 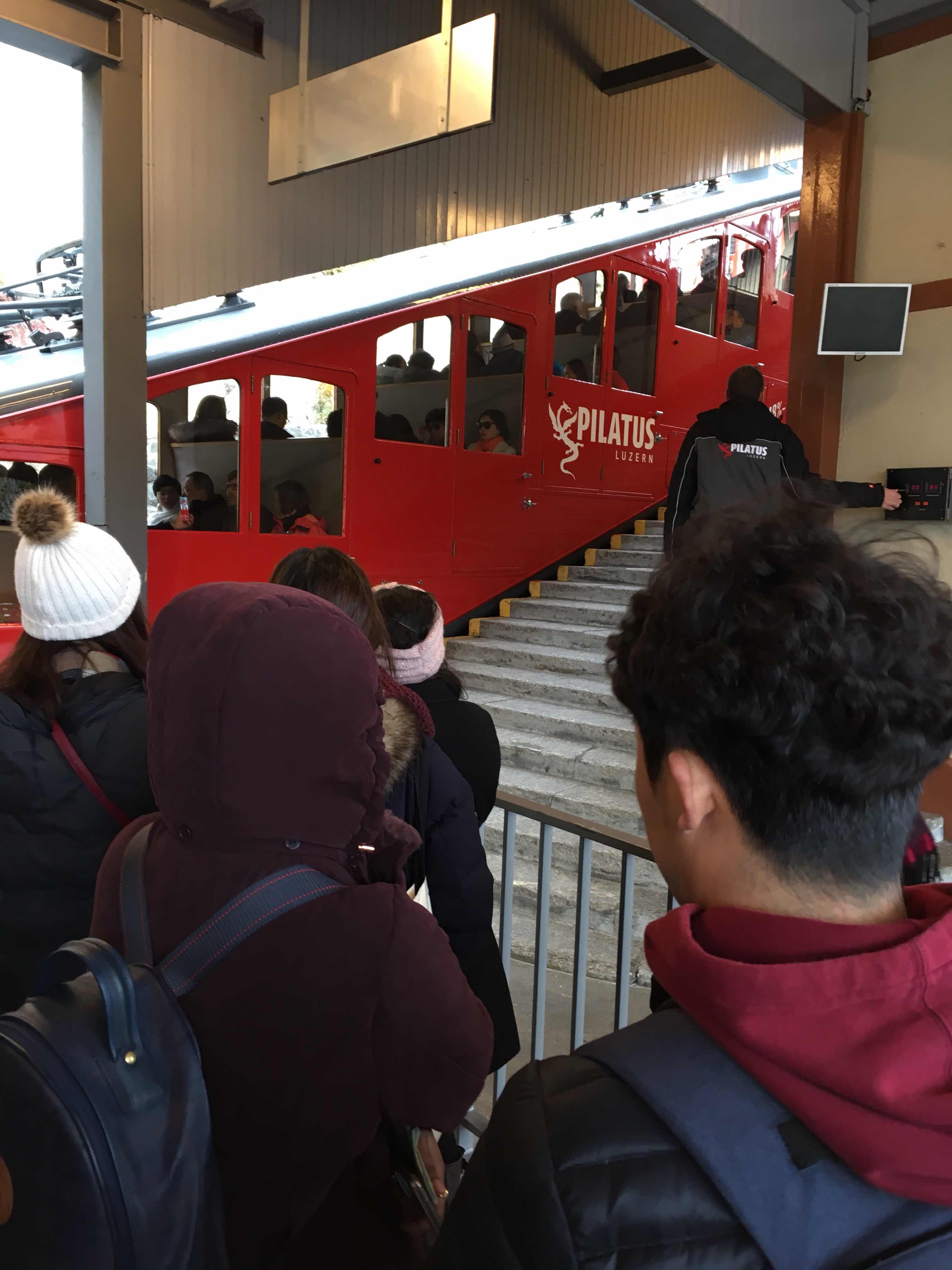 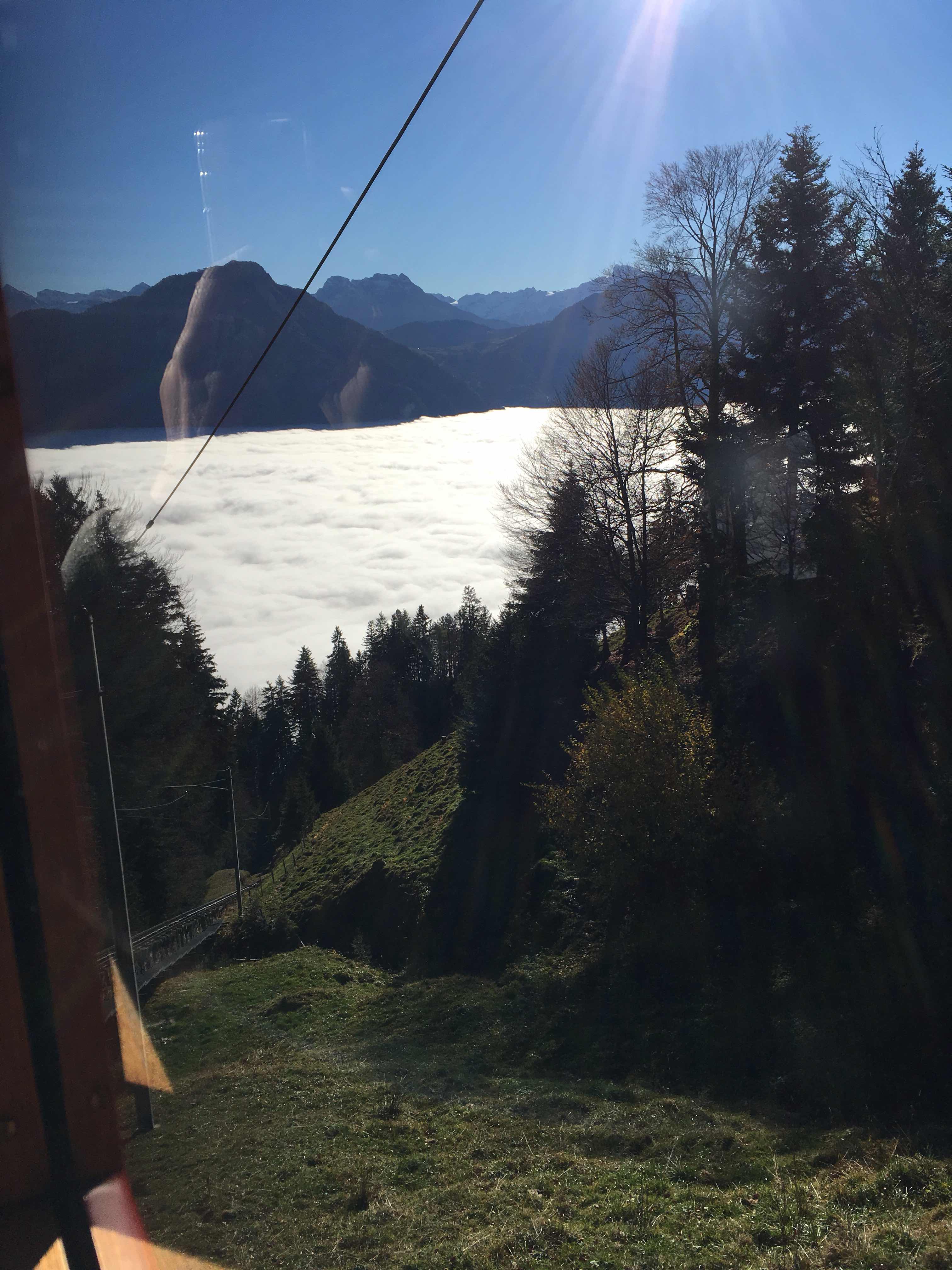 Swiss Fondue and Raclette
During our trip we had some traditional Swiss Fondue and Raclette. A fondue consists of melted cheese that is served in a bowl that is placed above a flame. The cheese continues to boil while you use a tall fork to take a piece of bread, dip it in the boiling, melted cheese and put it in your mouth followed by some veggies. We thoroughly enjoyed the boiling cheese in the middle of the bone-chilling weather. Then we had Raclette where there is a cast iron pan that is heated by a live flame. You put a thick slice of cheese on the pan. While the cheese is heating, you take some veggies in your plate. Once the cheese becomes soft, you lift the pan and pour the melted cheese on to the veggies. Both the dishes were really different and unique. 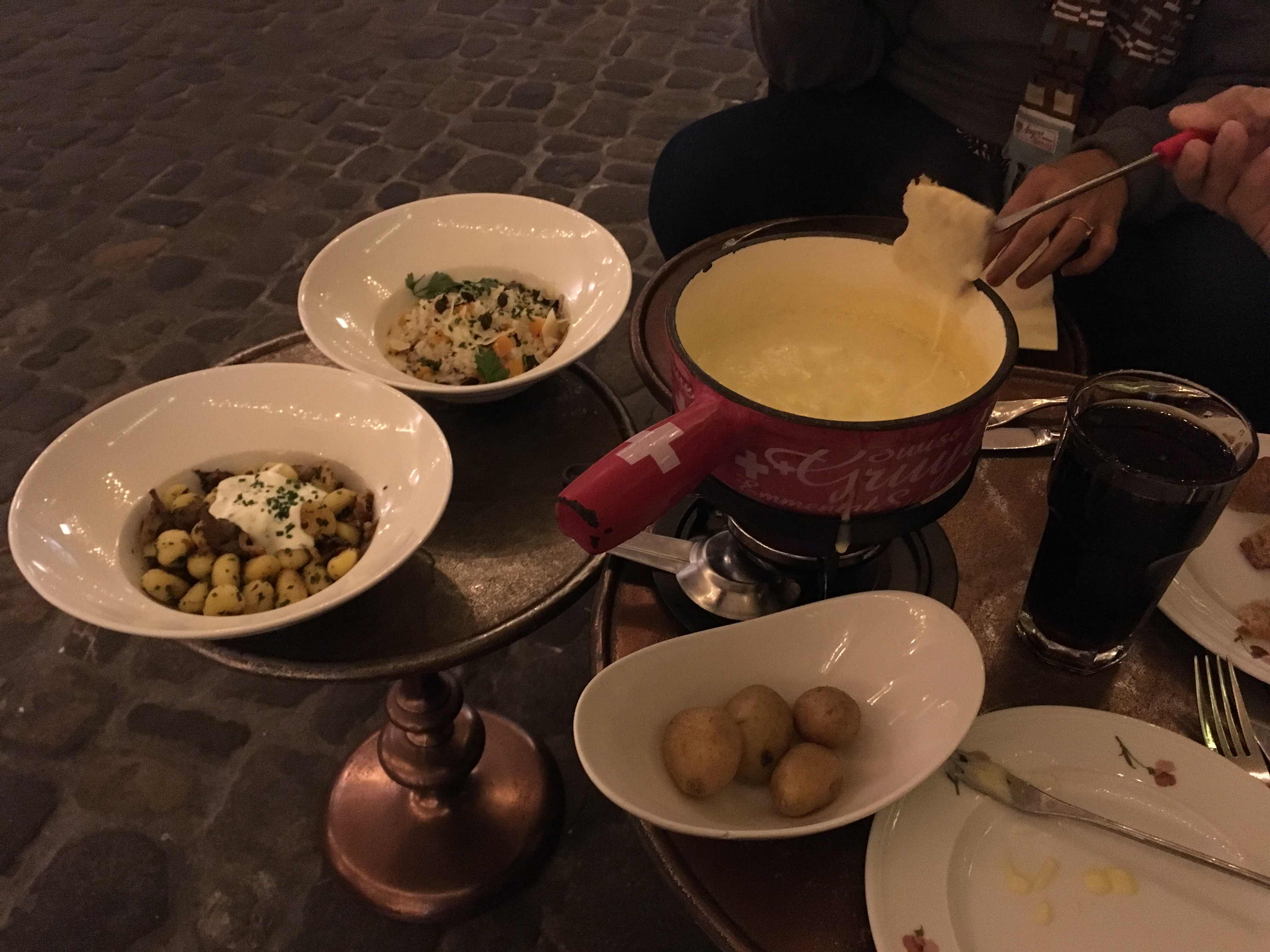 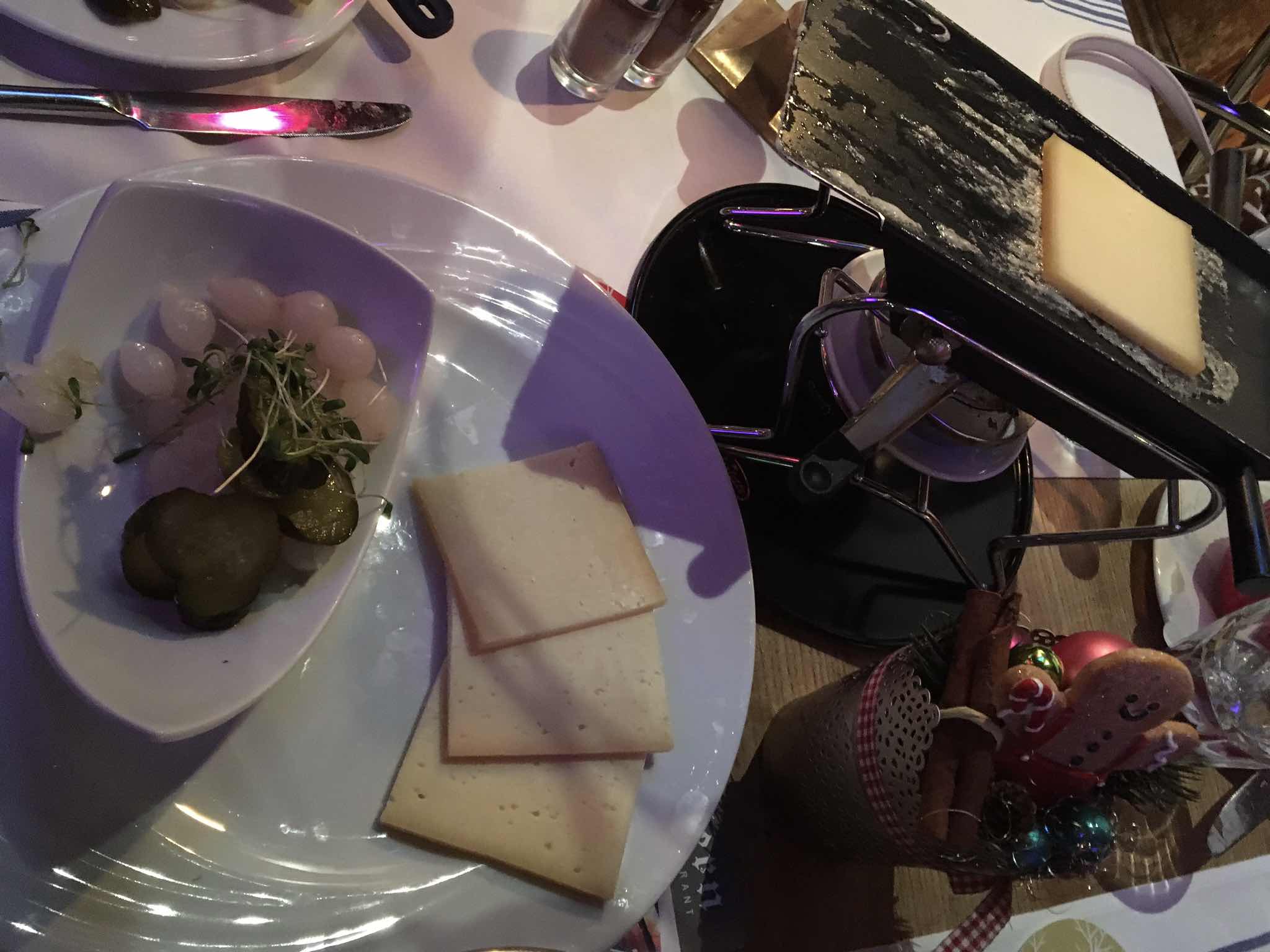 Hemodiafiltration
I got four sessions of Hemodialfiltration during my trip - one in Nijmegen and three in Lucerne. This was the first time I underwent HDF. It was very good. The recovery time was hardly anything and I felt completely normal after the session. During the session as well, despite not being used to four hour sessions and having large weight gains thanks to the generous amounts of fluid I had consumed, I did not have a single complication. 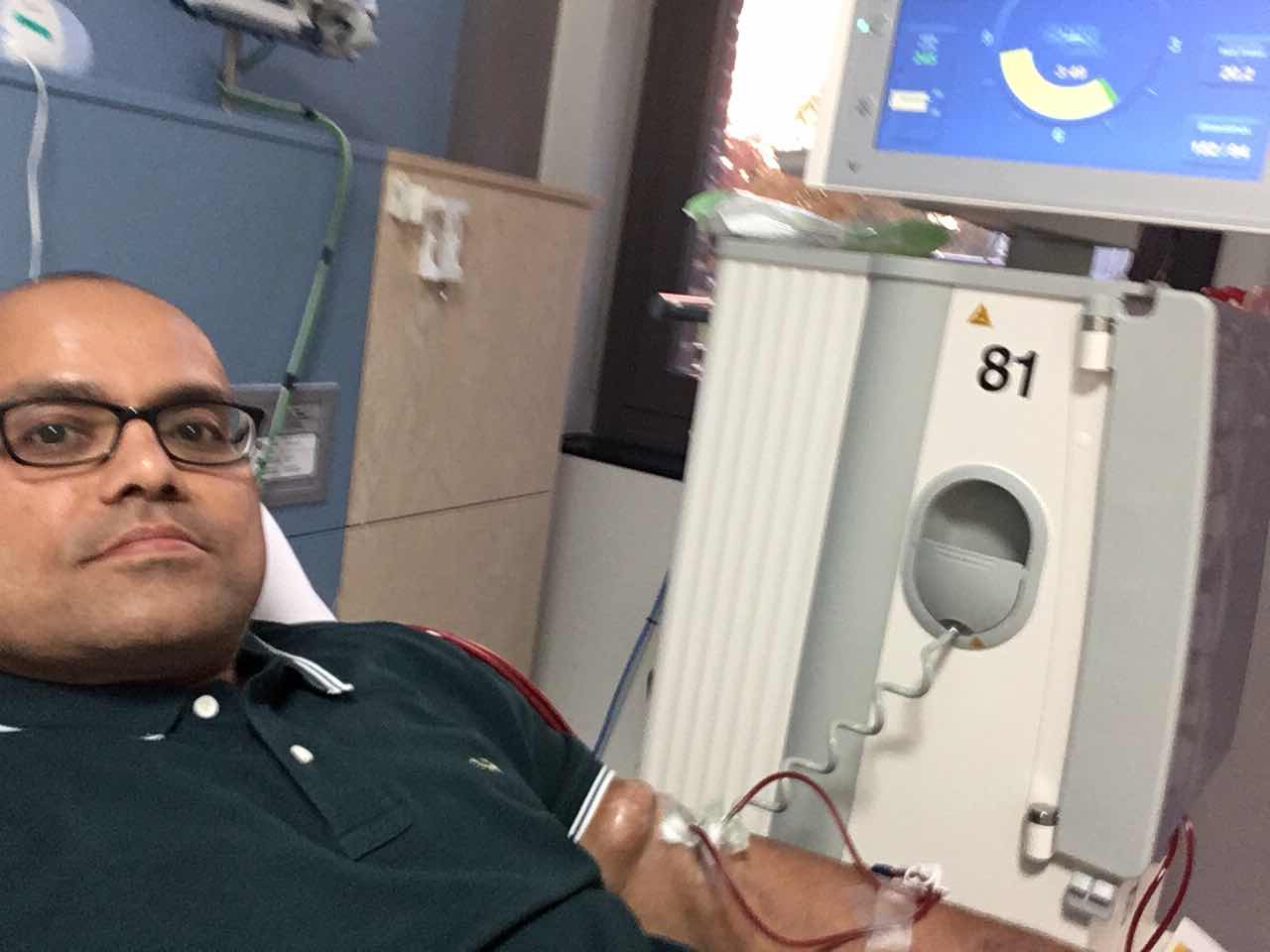 Mixed Feelings
As we got onto the flight, I had mixed feelings about coming back. Life is always like that. While I love to travel, the fact that I need to go for dialysis every alternate day can be quite a dampener. Also, when you get used to daily nocturnal home hemo, you are used to a life that is unfettered by diet and fluid restrictions. So, when you are on a holiday, instead of actually having a good time drinking and eating, it can be quite irritating to need to watch your food and liquid.
I was sad that such a beautiful trip was ending but I was happy that I was getting back to my familiar, comfortable home hemodialysis. There’s no place like home when it comes to dialysis!
at November 24, 2018

Email ThisBlogThis!Share to TwitterShare to FacebookShare to Pinterest
Labels: holiday

Oh...very nice to hear this. When exactly where you in NL ? I was travelling almost every month this year to NL for work....

Hi Kamal, how did you pay? is indian insurance work there?

Crazy expensive it was.