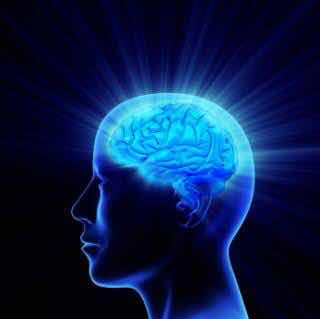 The biggest discoveries I have made in the last few years have been Meditation and Stoicism. Life-changing is the only way I can describe them.
It all started when I installed an app called Pocket on my iPad. This is an app that allows you to do two important things - save links to read later and read recommended articles (recommendations are generated based on your interests). Only articles and not books are saved and read in this app. I might have encountered several articles on Meditation and Stoic philosophy. In the beginning, I would skip most of them. Then I started reading some of  them. It slowly got to a point when I decided to try them out.
Meditation and Stoicism both did not start together. Meditation started first and then Stoicism followed after a while.
I would dismiss Meditation as something that was ‘not for me’. I remember sitting through a couple of sessions years ago when I was thoroughly bored and could barely wait for the session to finish. One day, I came across an article that talked about the benefits of a simple ten-minute mediation routine. It claimed to have changed the author’s life. What was more, there was an app that made it very easy to do. It was called Headspace  There were other similar apps as well like Calm  I downloaded Headspace and started the ten day trial. For the first time, I realised that I had got Meditation completely wrong. It did not mean sitting and doing nothing. It actually meant doing whatever you were doing mindfully, by being fully present. The ten minute sessions were more like training to be mindful. The real benefit was if you could carry that mindfulness into the rest of your day.
My life underwent some pretty dramatic changes. My perception about the world, people around me, most importantly, myself changed completely. I had an ‘aha’ moment when I came across a quote by Eckhart Tolle that said:
“What a liberation to realize that the ‘voice in my head’ is not who I am. Who am I then? The one who sees that.”
This sentence captures the essence of what mindfulness and meditation is all about.
I came across Stoicism  again, through articles on Pocket. The same routine essentially - saw recommendations, dismissed them as something that is too abstract and heavy and then read a few articles, was intrigued and finally bought a book called ‘The Daily Stoic’ that has a passage for each day of the year from the greatest Stoic Philosophers of all time - Marcus Aurelius, Seneca, Epictetus etc. If you asked me to describe what the essence of Stoicism was, I would say:
“Recognise what is in your control and what is outside of your control and make reasoned choices on things that are in your control. Don’t bother about the rest.”
Well, that does absolutely no justice to the beauty of this philosophy. You should get a copy of the Daily Stoic or go deeper by reading the book, ‘Meditations’ by Marcus Aurelius.
I have realised that if I am mindful, watch my mind carefully, recognise the negative thought patterns, catch them in time and then bring in the scales of Stoic philosophy to weigh them and deal with them, my life is much happier. I am so grateful for both of them.
general