The Artless Art of Negotiation 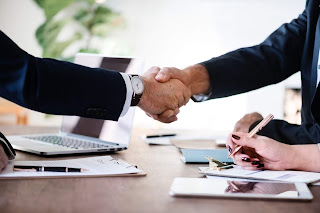 Negotiation is a skill I sorely lack. My brothers still crack up when they recall me negotiating with a former boss on a raise. "Eighty thousand", he said. "Can we do Eighty five?", I asked hesitantly. I did not want to embarrass him. "Done Kamal." When I recounted this conversation that evening to my brothers and parents, they gave me a thorough dressing down.

Both parties usually know that there is some leg room. Both negotiate accordingly.

I have been a part of several discussions where people say they have "put their best foot forward" and have not "left anything on the table". All MBA jargon. But that is never the case. Half an hour into the negotiations and you will see that they still have a better foot to put forward and had actually left something on the table.

You might give me the following argument. Let's say someone is willing to sell something at Rs. 1,000. Usually they would start at say, Rs. 1,400 and then during the course of the negotiations, come down to Rs. 1,000. The problem here is the perceived value of the product in the eyes of the buyer. If the buyer thinks the product is worth Rs. 1,200. During negotiations, the price finally decided might be Rs. 1,100. In this case, the seller has got Rs. 100 more than what he had thought he could get. The buyer paid Rs. 100 less than what he was ready to pay. So, you might argue that both have actually "won".

However, if both parties did not leave any room for negotiations, then what might have happened? The seller would have quoted Rs. 1,000 and the buyer would have happily bought it thinking he got a great deal where he saved Rs. 200. The seller got what he wanted though you might say he could have got Rs. 200 more.

When you think about it, over a long enough time, it all evens out. But my financially savvy friends would argue against allowing "a long enough time" to even things out. They would want to get the best out of every single deal.

I simply feel that stating your best price (either while buying or selling) saves a lot of time and at the end of your life, you would neither save or lose much by that approach. Provided, of course, that everyone follows this approach.

Until then, dene ka bolo?
work