on July 29, 2020
I had been having a nagging pain in my right shoulder whenever it got a little cold. So during winters, the problems would exacerbate. Even during the summers, when the AC would be on, the continuous draught hitting the shoulder would cause it to pain. Typically I would fall asleep in the beginning. Then slowly the pain would start and it would gradually worsen till I could sleep no more. I tried multiple things - a hot pad, a sweater, a shawl draped around tight around my shoulder. Nothing worked. I talked to my nephrologist. He could not solve the problem either. This went on for a couple of years.
I was at a loss as to which specialty did this fall under? Was it an orthopaedic issue? Was it neurological? Or did I need to see a rheumatologist?
We all look for different qualities in our doctors. Some of us go because they are from good universities. Some of us go because they are recommended by others. Some are chosen because they practise at reputed hospitals. Some, because they are non-commercial. Some, because they are very approachable and friendly. Some, because they are highly experienced.
I find that for tricky problems, experience matters a lot.
I had been having numbness in the fingers of my left hand for a long time a few years ago. I was referred to a neurologist by my nephrologist. He was relatively young and approachable and seemed well-read. He ran a whole bunch of tests including some very expensive scans - some of them multiple times without yielding anything. Finally he concluded that I needed a 'sural nerve biopsy'. This sounded very complicated. I told him I would get back to him. I met my nephrologist again who asked me to meet Dr. J. M. K. Murthy at Hyderabad's Care Hospitals. He warned me that while he was very senior and experienced, he did have a short temper. He offered to call and talk to him before I met him.
When he called and told him briefly about my background and symptoms, the doctor seemed pretty confident that it was Carpal Tunnel Syndrome. Just by listening to a couple of lines on the phone. 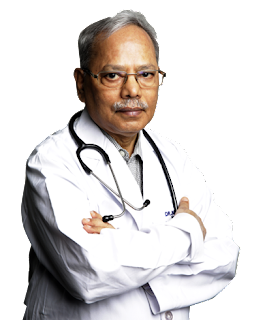 I decided to meet him. Dr.  J. M. K. Murthy was a very senior doctor. He probably was around 65-70 years old. You had to strain to hear him. I explained my symptoms. He said it looked like Carpal Tunnel Syndrome. He asked for a scan. The scan confirmed the diagnosis. It was amazing that a doctor from the same specialty could not diagnose this despite several tests, a lot of time and a whole lot of money.
He asked me to see an orthopaedic doctor who would have to do a small surgery to fix the problem. The surgery resolved the problem completely. Ever since then I have had a lot of respect for him for anything neurological.
Coming back to the shoulder pain, I went and met Dr. Murthy despite the dangers of the Coronavirus lurking at every corner. The pain was becoming a major problem. He saw me and heard the symptoms. He made a small change in the medication I was taking. Instead of one type of neurological agent, he put me on another. He told me to come back to him after a couple of weeks.
Almost by magic, the pain vanished in a few days. When I went back to him, he asked to continue that same prescription. What was bothering me for almost two years disappeared so easily.
That is the beauty of experience. While experienced doctors are at times a little temperamental and not as approachable as the younger ones, for problems that are not straightforward, we should consider consulting them. Chances are that we may be pleasantly surprised.
health

Jr. Doctors should not hesitate to refer a patient to a senior of same speciality which is rarely seen. This should save time and money.
July 30, 2020 at 2:54 PM

Kamal D Shah said…
Agree Shreyas. Unfortunately, there is a deep insecurity among them. They might lose the patient to the senior forever.