My experience with the COVID vaccine as a Dialysis Patient 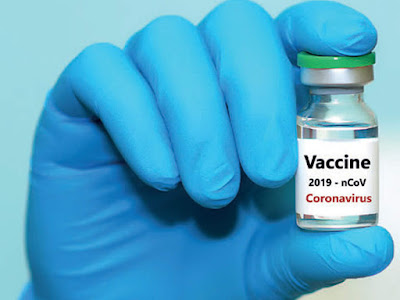 Some people who ran hospitals asked me if I wanted to get vaccinated and that they could arrange it with their healthcare workers, I politely declined. I was not too sure about it, like many others, especially given my kidney failure.

On March 1, I went to the COWIN website and registered. It was a typical Government website, designed to discourage you from going forward at every step. To give you one example, there was only a Register button on the home page. No login button for people who have already registered. The catch was the Login option was on a page that was shown after you clicked on Register.

I then went to book an appointment. I found Hyderabad's Apollo Hospital had slots only on the 28th of March. I searched few other centres, but this was the only one that was available. I booked the slot for the three of us and got the confirmation slip.

After a few minutes, our family WhatsApp group was buzzing with slot information being given. A cousin said some centres were showing slots available for the same day. I went back to the site and found that KIMS, a reputed hospital in my city, also had slots for the same day. We could get the shots almost a whole month earlier. I selected KIMS and asked for the appointments to be rescheduled to the same day, but at KIMS. It showed the confirmation page. I hit Confirm.

The slip that I downloaded had Apollo Hospitals for the same day! No KIMS!

We quickly finished our lunch and drove to Apollo Hospitals' sprawling campus in Hyderabad. The security guard directed us to the Apollo Medical College. There was a lot of activity there. We had two sets of registrations - one administrative and the other clinical. We joined a queue of people waiting to be vaccinated.

Within half an hour, our turn came. There were several counters that had nurses vaccinating people. I asked the nurse which vaccine it was. She said it was Covishield. I barely felt the needle. These ladies knew their job.

In minutes, we were seated comfortably in an air-conditioned hall where the nurses of the hospital were checking on us. We would need to wait there for an observation period of thirty minutes. There was water and juice should anyone need it. Doctors from Apollo had recorded messages assuring people on the safety and efficacy of the vaccine, and they played these messages out on the large screen. Apollo had done a fantastic job considering it was the first day of vaccination for the general public.

None of us had any symptoms. After thirty minutes, we walked out of there, got into our car and headed back home.

I got dialysis with regular heparin that night, about six hours after the vaccination. No problems.

It's about five days since we got the shot. My parents have had no symptoms. I have had a mild fever for a few days and a nagging cold. Nothing major.

Our next dose will happen 28 days from that day at the same location, they said.

Hopefully, the risk of contracting COVID will reduce a few weeks after that and we can go back to a normal life soon. I am itching to travel. [Reminder to self: Book Tickets].

Shravan Vasishth said…
I'm shocked and envious that you were able to get a vaccine there in India, whereas I am living in one of the richest industrialized countries in the world (Germany), in its capital city, and I have absolutely no prospect of getting a vaccine anytime soon.
March 7, 2021 at 1:36 PM