Almost not to be

When I completed my trip to Europe in November 2018, I had mentally decided that I would not do any more international trips. The main reason was that I was simply not used to the regular four-hour sessions (what I call washing machine sessions) and my body protested when I did these sessions. One such session was fine. More than one I could not take. Few international centres do nocturnal. I could still do short trips within India where I could get away by doing one washing machine session and still get a good three days at the destination. Left to me however, I would still prefer just one night away from home when I would not need to do any washing machine sessions.

So when my friends planned a trip to Moscow, I was not really keen on going. It did not help that I had a bad cough and cold (diagnosed as sinusitis) which just wouldn't go no matter what I tried. I told them about the constraints around dialysis and how I could not take more than one washing machine session. They asked me if I got two nocturnal sessions, would I be ok? I said yes. I assumed that it was all a pie in the sky never to be seen through to fruition. Who would do nocturnal for an Indian patient in Moscow?

I had underestimated my friends.

When they walked in to my cabin the evening before the scheduled departure, triumphantly proclaiming that nocturnal had been arranged, I shook my head in disbelief, my heart racing wildly. I would actually be going to Moscow.

We landed in Moscow's Sheremetyevo airport at half past seven on a dark and freezing morning. After freshening up, we headed to The Red Square which is the heart of Moscow. The city was still celebrating New Years. Every part of it was lit. We took in the sights with mouths wide open. It was that beautiful. Very aesthetically done, the lighting was not gaudy or loud. It was delicate and pretty.

As we got off the cabs and looked around the Red Square, we saw the elegantly coloured Cathedral of St. Basil, the Kremlin and the majestic ancient buildings that adorn the square. We ambled around the area for a bit and realising that the Kremlin was shut on Thursdays, we headed for River Moskva which meanders through the city and on the banks of which all the main monuments and important buildings of the city have come up. We boarded a cruise ship and enjoyed a leisurely lunch aboard also getting a great view of some very interesting sights the city had to offer. 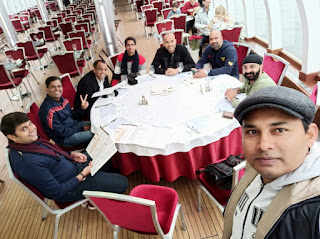 A monastery, miracle water and a frozen lake

The next day we took a train to a very ancient monastery founded by a St. Sergius about seven centuries ago. The monastery has several hundred practising monks and some very ancient cathedrals. Coincidentally, the day we were there was one among two days in the year when they give out holy water that is supposed to be miraculous. One of my friends stood in what was a rather long queue to collect some of it which he generously shared with us. Either we were not pious enough or the water not miraculous enough. I am still on dialysis as I write this.

We took cabs to Lake Pleshcheyevo an hour or so from there. The lake was completely frozen. We could literally walk on it. No, this had nothing to do with the miraculous water. The water was frozen and the ice was several centimetres thick which was enough to hold our weights. 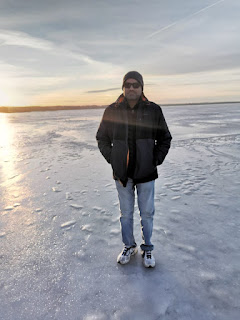 On the frozen lake

We headed back to the Red Square the following day. A bunch of us took the Kremlin tour while the rest of us visited St. Basil's Cathedral. 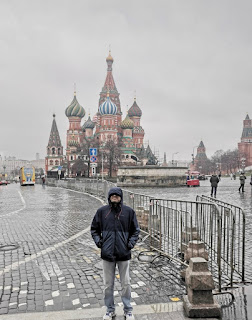 In front of St. Basil's Cathedral

I got two nocturnal dialysis sessions at Moscow's Fesfarm Medical Centre. The techs there never did nocturnal. This was done due to a special request from my friends. I was very moved that they agreed to accommodate the request. They even had an English speaking member of the staff stay there overnight in case I needed to communicate to them. They stared wide-eyed at me when I cannulated myself. They had never seen anyone do that before. The actual sessions went off without any problems.

I was glad that I could get these sessions. The reason I feel comfortable on nocturnal while on a holiday is that there is no feeling of being drained or being washed out after a session. The night time dialysis leaves the days completely free to enjoy the place. It also affords me the freedom to eat and drink whatever I want. These are such important aspects of enjoying a holiday.

One major concern the three vegetarians among us had while planning the trip was the availability of vegetarian food. Thankfully we did not have any problem. Though there were very few options in almost all the restaurants we visited, whatever was there was satiating and delicious. The ingredients used were top notch. The vegetables were all freshly picked. The sourdough bread was excellent.

On one drive by cab, the driver asked us if we were from India? We asked him how he knew? He said he was a fan of Bollywood and loves Mithun Chakraborty. One of my friends sang, "Jimmy Jimmy" from the film, "Disco Dancer". As if on cue, the cab driver responded, "Aaja Aaja". We were all shocked. How in the world did a Russian driver know that song?

The guy turned out to be a huge Bollywood fan and belted out some other Bollywood numbers, some of which even we had not heard.

I guess "Awara hoon" can now safely be replaced by "Jimmy Jimmy" in the Russian scheme of things.

Here are some other pictures from the trip: 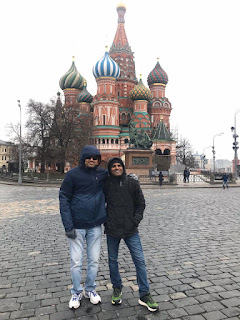 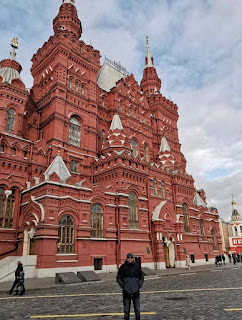 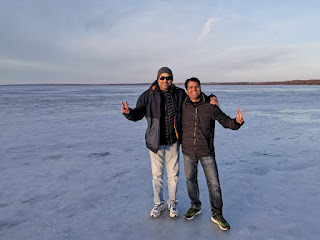 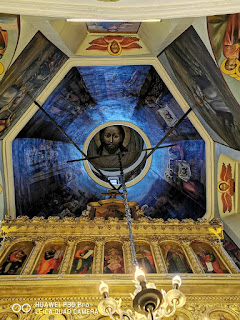 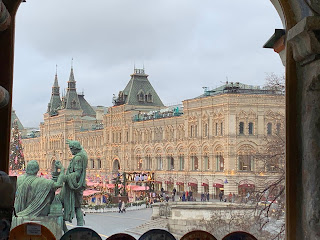